xxxxxThe organist and composer Thomas Tallis, a master of counterpoint, is regarded as the father of English cathedral music. His main appointment was as gentleman of the Chapel Royal, Windsor, a post he held during the reigns of all but one of the Tudor monarchs. He was joint organist with his pupil and friend William Byrd from 1572, and together they published the Cantiones Sacrae, a total of 34 motets, in 1575. Among his most famous works are his Canon (Glory to thee my God this night), his motet Spem in Alium, written for eight choirs of five voices, and his Lamentations of Jeremiah. 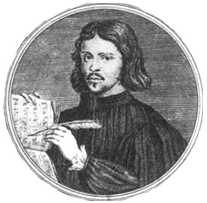 xxxxxThe organist and composer Thomas Tallis is regarded as the father of English cathedral music. A master of counterpoint, he was organist of Dover Priory in 1532, and then spent some time at Waltham Abbey before being made gentleman of the Chapel Royal, Windsor in about 1542, an appointment he held during the reigns of all but one of the Tudor monarchs. From 1572 he was joint organist with his pupil and friend William Byrd, and in 1575 they published the Cantiones Sacrae, a combined work dedicated to Queen Elizabeth and composed of 34 motets, 16 by Tallis. (Motets are short unaccompanied choral pieces). It was earlier that same year that Elizabeth granted Tallis and Byrd the 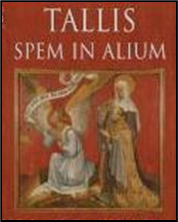 monopoly in England for the importing, printing, publication and sale of music, and for the printing of music paper.

xxxxxHe served four Tudor monarchs, beginning with Henry VIII, and produced some outstanding church music. His famous works include his Canon ("Glory to thee my God this night"), composed in 1567 and often known as Tallis’ Canon, his remarkable motet Spem in Alium (Sing and Glorify), written for eight choirs of five voices in about 1573, and the first of his settings of the Lamentations of Jeremiah.

xxxxxThe able English composer William Byrd (1543-1623) was organist and choir master at Lincoln cathedral before becoming a pupil under Tallis at the Chapel Royal in 1572. He composed a great deal of high quality sacred and secular choral music, but is best remembered for his three masses, his Gradualia, and his contribution to the Cantiones Sacrae. He published four collections of his own music. 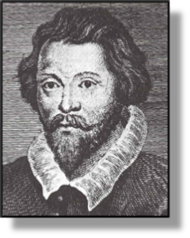 xxxxxWilliam Byrd (1543-1623), one of the most admired and able English composers of this reign, was probably born in Lincoln and served as organist and choir master at the cathedral there from 1563 - when he was only 20 - to the year 1572, when he became a pupil under Tallis at the Chapel Royal. A respected Roman Catholic, he composed a great deal of choral music, both sacred and secular, including over 200 motets and some 60 anthems, but he is best remembered for his three masses, his Gradualia, and his contribution to the Cantiones Sacrae. In his secular music he did much to develop the English madrigal and increase the scope of both virginal and organ music.

xxxxxIn 1577 he made his home at Harlington in Middlesex, and then later, in 1592, he moved to Stondon Massey in Essex, where he lived for the remainder of his life. During the years 1588 to 1591 he published four collections of his own music, Psalms, Sonnets and Songs of Sadness and Pietie, Songs of Sundrie Natures, and two further books of his Cantiones Sacrae. Later works included his Fitzwilliam Virginal Book, a collection of keyboard pieces, and two books of Gradualia, aimed at providing Catholic Church music for all the main feast days. The quality of his composition in these and other works was such that his pupil Thomas Morley spoke for many when he said that the name of Byrd must never be said without reverence.

xxxxxIncidentally, his occasional music included Ye sacred Muses, a lamentation on the death of Tallis, his much revered tutor, and a piece to celebrate the defeat of the Spanish Armada in 1588.

xxxxxAnother composer of Church music at this time who, like Tallis, was a master of counterpoint, was the Spaniard Tomas Luis de Victoria (c1548-1611). He very likely studied with Giovanni Palestrina when he was in Rome, and ranks along with him as 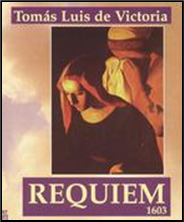 one of the finest composers of the 16th century. An ordained priest, from 1578 he served the dowager empress Maria, widow of Maximilian II, and became organist at the convent of the Descalzas Reales in Madrid when Maria entered the convent in 1584. His religious music - he wrote no other - had a deep, mystical intensity and included 21 masses, over 40 motets, two Passions, and several Magnificats. Numbered among his individual works were the Lamentations of Jeremiah and his final composition, his Requiem of 1605 in memory of the Empress Maria.

xxxxxThe Italian Andrea Amati (c1520-c1578) was the first of a celebrated family of violin makers from Cremona. It is likely that he was responsible for increasing the number of strings from three to four, and giving the wood its amber-coloured varnish. His work was begun around 1564, and was continued by his two sons, the "brothers Amati". But, as we shall see, it was to be his grandson, Niccolo Amati, and his talented pupil Antonio Stradivari, starting in 1666 (C2), who were to bring the instrument to perfection. 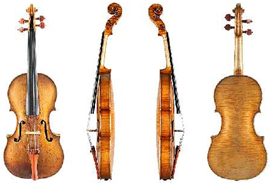 xxxxxMention must be made here of Andrea Amati (c1520-c1578), the first of a celebrated Italian family of violin makers from Cremona. He made two sizes of violin, the larger coming to be known as the "grand Amati", and it is likely that he was responsible for increasing the number of strings from three to four, and giving the wood its characteristic amber-coloured varnish. Apart from violas, he also produced a cello which he called his "King Amati", probably because a set of them were commissioned by Charles IX of France. It is not known when he first began making violins, but some were certainly about in 1564, and these early examples provided the shape and style for the models made by his two sons, Antonio and Girolamo, known as the "brothers Amati".

xxxxxThese early violins were works of art and mellow in tone but, as we shall see (1666 C2), it was to be his grandson, the famous Niccolo Amati, numbering among his pupils the talented Antonio Stradivari, who was to bring the instrument to its perfection, both as to the beauty of its workmanship and the quality and power of its tone.