xxxxxThe Irish-born dramatist Richard Brinsley Sheridan is best remembered today for his two comedies of manners, The Rivals, produced in 1775 - with its unforgettable character Mrs Malaprop - and his School for Scandal of 1777, a play which pokes fun at fashionable society. These and his other comedies are full of comic characters, and were noted for their wit and gentle satire, as well as their elements of farce, sentiment and moral teaching. As an English dramatist he is seen as a link between William Congreve and the 19th century playwright Oscar Wilde. He was also a member of parliament. He opposed the war against the American colonists, and he played a prominent part in the impeachment of Warren Hastings. However, he lost favour because of his friendship with the unpopular Prince of Wales. 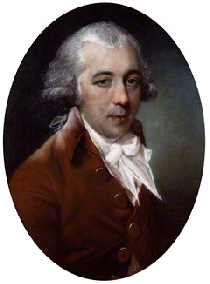 xxxxxRichard Brinsley Sheridan was both an outstanding dramatist and a politician of some repute. He was born in Dublin and educated at Harrow School. At the insistence of his father he was sent to study law at the Middle Temple, London, in April 1773, but after one week he gave up this profession and turned to the theatre for his livelihood.

xxxxxHis first major work as a playwright was The Rivals, a highly successful comedy of manners, full of amusing misunderstandings and famous above all for its unforgettable character Mrs Malaprop. This was produced at Covent Garden, London, in 1775, and the following year, together with his father-in-law, the composer Thomas Linley, he bought a part share in the Drury Lane 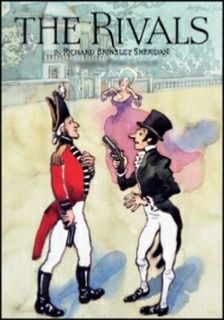 Theatre. As manager there he put on a number of his own highly witty works, and these included his masterpiece, The School for Scandal, a brilliantly polished and well-constructed comedy, which gently pokes fun at the affectation and pretence of fashionable society. Two years later, in 1779, he produced The Critic, a comic burlesque satirising those of his own profession for their personal vanity and the dramatic excesses of their productions. His other works included a two-act farce St. Patrick's Day, and The Duenna, a comic opera which ran for 75 performances, a record for those days. These plays possessed in balanced measure all the ingredients of the comedy of manners - ready wit and gentle satire, together with elements of farce, sentiment and moral teaching. In them he created a host of larger-than-life comic characters, maintaining interest throughout by an exceedingly witty dialogue and the skilful twists and turns of the plot.

xxxxxBut Sheridan was also attracted to politics. He entered Parliament in 1780, was made secretary to the treasury three years later, and then appointed treasurer of the navy and a member of the Privy Council in 1806. A forthright, eloquent speaker, he is remembered above all for his speeches opposing 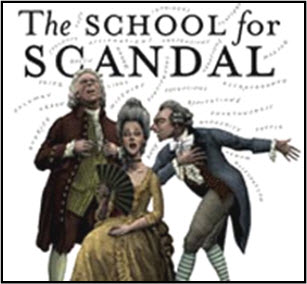 the war against the American colonies, and for the prominent part he played in the impeachment of Warren Hastings, the former governor general of India. However, he was viewed with some suspicion in government circles, mainly because of his role as advisor to the unpopular Prince of Wales (later king George IV), and because of his ready support for the French Revolution in its early years.

xxxxxThe burning down of his theatre in February 1809, together with the loss of his parliamentary seat in 1812, brought financial ruin. Sadly, too, his last years were marred by mental illness. He died in 1816, and was buried in Westminster Abbey. A brilliant Anglo-Irish playwright, arguably the most talented in the 18th century, his comedies of manners have been seen as a link between the plays of the English dramatist William Congreve, and those of the 19th century playwright Oscar Wilde.

xxxxxIncidentally, the English term malapropism - meaning a confusion between words - comes from Mrs Malaprop, a humorous character in The Rivals who constantly muddled up the meaning of words. In one of her lines, for example, she regrets that her “affluence” over her niece was very small. The name itself is taken from the French word malapropos meaning “inappropriate”. ......

xxxxx...... The plight of Sheridan in his final years, beset as he was by creditors and bailiffs, prompted the English poet Lord Byron to write a Monody on the Death of the Right Honourable R.B. Sheridan in 1816.