xxxxxThe Swedish chemist Carl Wilhelm Scheele was the first to discover oxygen in 1772, but his findings, contained in his Chemical Observations and Experiments on Air and Fire, were not published until 1777. By that time the Englishman Joseph Priestley had claimed the credit. An apothecary by trade, he taught himself chemistry, and reached such a high standard that in 1775 he was elected to the Stockholm Royal Academy of Sciences. In his short life - he died at the age of 44 - he isolated for the first time an incredible number of elements and compounds, including the acids arsenic, citric and lactic He also discovered three toxic gases, including hydrogen cyanide, and made a useful study of minerals. 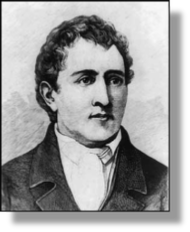 xxxxxThe Englishman Joseph Priestley took the credit in 1774, but it would seem that the Swede Carl Wilhelm Scheele was the first chemist to discover oxygen. In his book Chemical Observations and Experiments on Air and Fire, compiled around 1772 but not published until five years later, he concluded that the atmosphere was made up of two gases: One which supported combustion - he called this "fire air" (oxygen), and one which inhibited combustion - which he called "foul air" (nitrogen). Priestly, however, published his findings in 1774 and stole his thunder.

xxxxxScheele was born in Stralsund, then the capital of Swedish Pomerania. After being apprenticed to an apothecary for eight years, he then worked as a pharmacist in Malmo, Stockholm and Uppsala, during which time he studied and acquired an exceptional knowledge of chemistry. In 1775 he was elected to the Stockholm Royal Academy of Sciences, and it was then that he became the proprietor of a pharmacy in the town of Köping on Lake Malären. 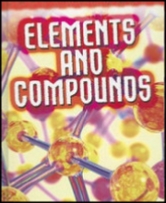 xxxxxIn what turned out to be a short working life - he died at the age of 44 - he isolated for the first time an incredible and probably record number of elements and compounds. His discoveries included the acids arsenic, citric, lactic, malic, benzoic, tartaric and uric, together with calcium tungstate (scheelite), and copper arsenite (Scheele's green). He also discovered the toxic gases chlorine, hydrogen sulphide and hydrogen cyanide, and in his inspection of the last named he actually described the smell and taste, clearly unaware of its poisonous properties! This doubtless contributed to his early death. In his study of minerals, he obtained manganese, chlorine and barium oxide from manganese dioxide, and he recognised that molybdenite was a distinct ore, not in fact related to graphite or lead ore, as hitherto thought.

xxxxxIncidentally, in 1783 Scheele actually stumbled on the modern day process of making soap when he boiled olive oil with lead oxide and produced a sweet smelling substance known today as glycerine.