xxxxxIt was in 1771 that the textile "king", Richard Arkwright, opened up the first factory worked by water power and began the movement towards industrialisation. However, many earlier inventions had led up to this move, especially in the woollen and cotton industries, where men like John Kay, James Hargreaves and Arkwright himself had greatly improved the quality and output of the machinery in use. Then in 1779 Samuel Crompton, by his "spinning mule", virtually put the industry on to large-scale production. In the first instance, water power was the only answer, but suitable river sites were few in number, and most of them were deep in the countryside, far away from would-be workers. The solution began in 1709 (AN), when Abraham Darby found a better way of making cast iron, essential for mechanisation. This was followed in 1712 by Thomas Newcomen's invention of a primitive pumping machine. In the mid-1770s this engine was much improved upon by the Scottish engineer James Watt - helped by such men as the chemist Joseph Black and the industrialist Samuel Boulton - but it was still essentially a pumping machine. The breakthrough came in the early 1780s when Watt - with the valuable assistance of the instrument maker John Wilkinson - provided his engine with double-action (so that it pushed as well as pulled), and then converted this movement into a rotary action. The resultant steam-powered wheel made it possible to mechanise a whole variety of industries, and to bring their factories near to the coal mines and a ready labour force. In the meantime, as we have seen, the means of transport - vital to industry - had already taken a big step forward in 1761 with the opening of the Bridgewater Canal, the first of many to be built by the engineer James Brindley. And roads too, by means of turnpike trusts, were slowly being improved. As we shall see, it was in 1784 (G3b) that what might be termed the second phase of the Industrial Revolution got under way in Britain, a country favourably placed for industrial expansion. It was in that year that the engineer Henry Cort came up with his puddling process and revolutionised the making of wrought iron, the basic material for industrial expansion. 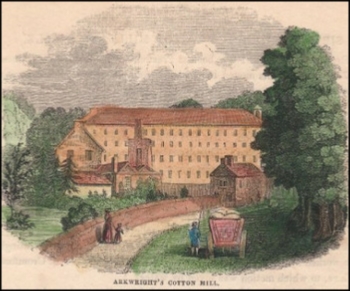 xxxxxThe start of the Industrial Revolution is difficult if not impossible to fix by date. The Revolution was not, as we know, a dramatic change, but a long drawn out process differing in speed and intensity from industry to industry and region to region. The year 1771 is selected here simply because it was at this time that the English textile industrialist Richard Arkwright moved away from the restrictions of a cottage industry and set up his cotton mill at Cromford, Derbyshire, worked by waterpower (illustrated).This was the first factory of its kind in the world, where people were brought together in one building and organised for work under a harsh code of discipline. As such it was the beginning of the factory system in Britain, a system which was to become the characteristic method of production in modern society, the very essence, in fact, of an Industrial Revolution. The year 1771 witnessed, if nothing else, the first visible move from the old to the new in the world of manufacture.

xxxxxBut this said, there were, of course, earlier events - less obvious events - which nonetheless played a vital part in making possible this change. In 1733 for example, John Kay's flying shuttle speeded up the weaving process to such an extent that the existing spinning wheels could not produce enough yarn. This resulted in a series of inventions in the spinning industry, firstly by James Hargreaves in 1764, then by Richard Arkwright in 1768, and finally by Samuel Crompton in 1779. His spinning mule greatly improved the quality of the yarn and, by its phenomenal increase in output, made possible production on a large scale. Indeed, this new machinery was fast becoming too expensive and too large to be used in a cottage industry. 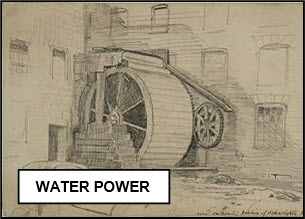 xxxxxAs we have seen, the need to use water power had already been anticipated by Arkwright. His water frame had been designed with that in mind. A few years after he had established his first water-driven mill at Cromford (illustrated), a number of other factories had made their appearance. The first phase of the Industrial Revolution was under way, but it hardly brought about a hive of industry. The sites where water power could be used were few and far between, and the vast majority of them were situated out in the wild, far from a ready labour force and the markets they were aiming to serve. Indeed, when Arkwright set up his mill at Cromford he was obliged to build a village nearby and encourage large families to migrate from all over Derbyshire. Nor were the roads too good whereby his raw material arrived and his finished product left. There needed to be a more efficient and, above all, a more accessible source of power. 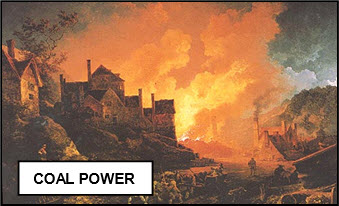 xxxxxThis very source had begun to take shape in 1709 (AN) with Abraham Darby's revolutionary improvement in the production of cast-iron - essential for mechanisation - and with the invention by Thomas Newcomen (helped earlier by Thomas Savery) of a workable pumping engine in 1712. This machine was crude in construction and not always reliable, but it was this engine that was to be improved almost beyond recognition by the brilliant Scottish engineer James Watt - though not without much-needed help from friends like the chemist John Black, the industrialist Samuel Boulton and the instrument maker John Wilkinson. By the late 1770s his revised version was being used all over the country, pumping out water from coal mines in the north and copper and tin mines across Cornwall. So efficient did it prove to be that pits could be dug deeper, opening up richer and more productive seams. 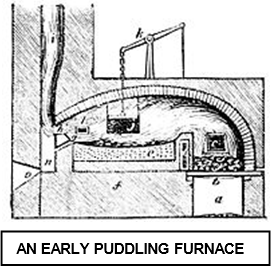 xxxxxBut the real breakthrough came in the early 1780s when James Watt not only provided his engine with double-action, so that it pushed as well as pulled, but he also converted this movement into a rotary action. The wheel it activated made mechanisation possible over a wide variety of industries. Furthermore, factories could be placed near to coal mines, the source of their power, and gather their work force from nearby towns. The second phase of the Industrial Revolution - a much more dramatic phase as far as impact was concerned - was about to take place. As we shall see, it was given a significant boost in 1784 (G3b) when the engineer Henry Cort introduced his puddling process and revolutionised the making of wrought iron, the basic material for industrial expansion. In the long term, such innovations were destined to transform certain parts of the country, especially in the north, and to bring changes in almost every aspect of the nation’s life. 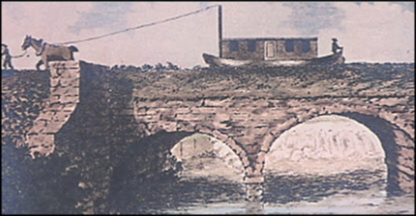 xxxxxAs far as improvements to transport were concerned - an urgent requirement - some measures were already under way in the opening years of the revolution. As we have seen, the engineer James Brindley constructed the Bridgewater Canal in 1761, the first canal built for commercial purposes, and this was only the first in a vast number of such projects. Within a few years England was linked by a network of canals, though building was to reach its peak in the 1790s.

xxxxxNor were roads completely neglected. During the period 1760 to 1774, for example, over 450 turnpike acts were passed by Parliament, and each trust was responsible for developing and maintaining certain stretches of road. Again, however, the work of such men as Metcalf, Telford and Macadam was to take place after 1783. 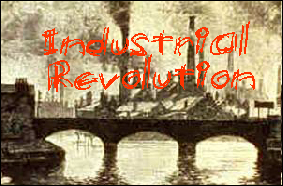 xxxxxTo a very large extent, the Industrial Revolution was a British phenomenon at this particular time. For the most part, countries on the continent and in North America were to feel the effects of industrialisation as from the new century. There were a number of reasons for this. Britain had an abundant supply of natural resources - particularly in coal and iron ore - and a good supply of raw materials from its colonies. Important factors, too, was an increasing population, which provided a labour force and created a consumer market, and a navy which could be relied upon to keep vital sea lanes open. In addition, the country had a comparatively stable form of government, and a sound monetary system which kept interest rates low and thus encouraged investment. Lastly, the Agricultural Revolution in Britain, as we have seen, was making its effects felt. A certain amount of mechanisation and good husbandry had made available a workforce for industry, and it had also gone some way to meeting the demands of a growing urban population. As noted above, such advantages were to prove even more significant when the Industrial Revolution stepped up a gear in 1784 (G3b), following Henry Cort’s substantial improvement in the production of wrought iron.