xxxxxBy the Treaty of Utrecht in 1713 (AN), the British had already taken over three of the four regions governed by the French in North America - Newfoundland, Hudson Bay and Acadia. The fourth, New France or Quebec, having been conquered by the British in 1760 during the Seven Years’ War, posed a serious problem for its new administrators. They now found themselves ruling over 60,000 French Roman Catholics. To retain their loyalty, the Quebec Act was passed in 1774 guaranteeing their traditional faith and language, allowing them to hold public office, and granting them their civil law and land-tenure systems. Thus when the American War of Independence broke out the following year, and the Americans invaded Canada in the hope of gaining Canadian support, they were disappointed. They were driven back from Quebec by the British, whilst the Canadians themselves, including the French, remained neutral. However, the success of the American colonists in 1783 meant that some 50,000 loyalists fled into Canada, and this again threatened the colony’s stability. As we shall see, in 1791 (G3b) the Constitutional Act was passed dividing Quebec into predominantly French and English speaking areas.

xxxxxAt the beginning of the 18th century the French controlled four distinct regions in North America, but, as we have seen, by the Treaty of Utrecht in 1713 (AN), which ended the War of the Spanish Succession, they lost three of the them to the British. These were the territories of Newfoundland, Hudson Bay and Acadia (later named Nova Scotia), vast areas which were sparsely populated, but nonetheless valuable for their fur and fish production. The fourth one, known as New France or Quebec, was conquered by the British during the Seven Years’ War following their decisive victory at the Battle of Quebec in 1759, and their capture of Montreal the following year. 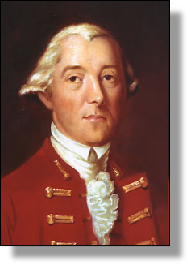 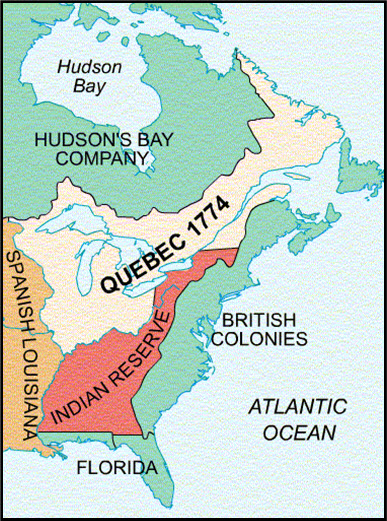 xxxxxThe conquest of New France, confirmed by the Treaty of Paris in 1763, posed a serious administrative problem for the British government. Although large numbers of British immigrants began to flood into the new possession, it now found itself ruling over 60,000 French colonists. It was a situation that was fraught with danger, throwing together, as it did, two peoples of completely different cultures and ways of life. However, mainly due to the good sense and efforts of the governor at the time, Sir Guy Carleton (illustrated), the crown was persuaded to establish what was virtually a separate government for the French Roman Catholics of Quebec. The Quebec Act of 1774 guaranteed their traditional faith and language, allowed them to hold public office, and granted them their civil law and land-tenure systems.

xxxxxSome have seen this Act as an enlightened piece of legislation, inspired by the spirit of liberalism then abroad - though as yet restricted to fine words and stirring speeches. On the other hand, with protest mounting in the American Colonies over the “Intolerable Acts” - those punitive measures introduced by Britain following the Boston Tea Party of 1773 - this timely act of conciliation may have been introduced as an expedient simply aimed to keep the French Canadians loyal in the event of a full-scale revolution. But whatever the real motives behind the Act, it met the immediate need. When, in 1775, American forces crossed the border, bent on persuading Canadians to join their cause, Carleton, then military commander, repelled an attack upon Quebec, and then drove the invaders b 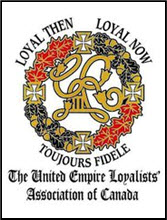 ack to Lake Chaplain. If nothing else, the inhabitants of Quebec remained neutral.

xxxxxBut troubles regarding Quebec were far from over. When the Americans won their fight for independence in 1783, some 50,000 United Empire Loyalists living in the former colonies fled into Canada, heightening the growing tension between the English and French communities. As we shall see, an attempt to solve the problem was made by The Constitutional Act of 1791 (G3b) which divided Quebec into two parts, one predominantly French, the other mostly inhabited by English speaking Loyalists.