xxxxxAs we have seen, the Battle of Yorktown in 1781 virtually brought an end to the American War of Independence. By the Peace of Paris in 1783, the British recognised the "United States" and their right to the vast region from the Appalachians to the Mississippi. For Britain, the world's superpower, it was an humiliating defeat, and problems at home made matters worse. However, the country made a surprising recovery, and had regained much of its wealth and power ten years later - just in time for the start of a war with Revolutionary France! For the jubilant Americans, independence came as something of a surprise. Having gained it, they now had to make it work, but unifying 13 independent and diverse states proved difficult. The political provisions already put in place proved totally inadequate, and it was not until the Philadelphia Convention of 1787 (G3b) that a workable constitution was hammered out. However, those who had fought for independence, whilst not creating a state, had made one possible. Furthermore, their successful fight for freedom was to inspire others to seek liberty and a national identity.

xxxxxThe defeat of General Cornwallis at the Battle of Yorktown in October 1781 proved decisive, despite the fact that, officially, the war dragged on for two more years, and that, during this time, British troops continued to occupy a number of major cities and military posts up-country. But when preliminary negotiations began in 1782, Britain was prepared to make a generous settlement, if only to prevent their former colonists from becoming too closely allied with the French. Thus by the Peace of Paris in 1783, in addition to recognising American independence, the British accepted the right of the United States to the vast region stretching from the Appalachian Mountains to the Mississippi River. Outside of North America, Britain and France recovered their possessions in the West Indies, and Spain retained Minorca and received back Florida. 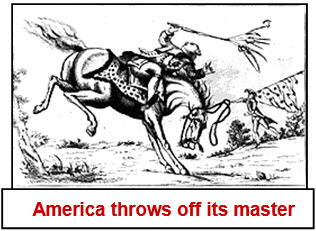 xxxxxFor the British, the loss of its North American colonies was nothing short of an unmitigated disaster. At the Treaty of Paris in 1763, Britain had emerged as a superpower with the world at its feet. Twenty years later it faced a humiliating defeat, driven from North America by its own colonial subjects, ably aided and abetted by the nation's old rival France. Furthermore, the capitulation at Yorktown - the last in a long series of military setbacks - was but a disaster to be added to a string of domestic problems. From the start of the conflict the nation had been deeply divided as to the rights and wrongs of the colonists' cause. Some people, indeed, had come out openly in its favour. Then by 1776 a horde of American naval vessels and privateers had turned up in home waters, attacking British ships and making raids ashore. Merchants called for an end to the conflict, but in the following year matters got worse. France declared its support for the colonists, and an invasion became a real threat, possibly via Ireland. In the meantime parliament was in the throes of parliamentary reform, the cost of the war was growing bigger by the day, and in June 1780 London was gripped for several days by the Gordon Riots, a violent uprising against Roman Catholics. By so much had the mighty fallen.

xxxxxNot surprisingly, this alarming evidence of decline in military power - culminating in the loss of one of the nations most lucrative colonial possessions - together with signs of serious instability at home, brought out the harbingers of doom. The nation, they forewarned, would never return to greatness. Yet such was far from the case. Through an ever increasing share in world trade, the next ten years was to witness a rapid recovery in the country's wealth and power - just in time for the war against its old enemy France, this time itself in the throes of a national revolution.

xxxxxAs for the new United States, there was understandable euphoria at having taken on the might of Great Britain and sent its troops packing - though it is unlikely that they would have achieved this without the help of the French. But having created a nation in name, they now had the difficult task of creating a nation in practice. A viable form of government was to be some time in the making. The Americans, as we have seen in 1776, did have a pattern to work from - namely well-tried British institutions - but the Declaration of Independence was not a union of thirteen independent states, but simply a league of friendship with a common aim. Indeed, so diverse by nature were these little states, that there were those who believed that political union was totally impossible. The Articles of Confederation, eventually completed in 1777 but not ratified until 1781, were soon seen as unsound in principle and, in the words of George Washington, "little more than the shadow without the substance". Many of the former colonies were ignoring the dictates of Congress, failing to attend its meetings, and falling behind in their financial contributions. 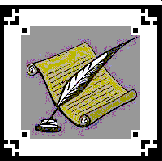 xxxxxBy 1786 the situation was such that many feared that the concept of the "United States" was about to be confined to history's "garbage can". It was for this reason, as we shall see, that the Philadelphia Convention was called in May 1787 (G3b). Their deliberations produced a completely new document, a written constitution which, with amendments, was to make possible a new nation and to serve it well. But it was a document which, for all its new thinking, owed much if not all to those who had fought for independence despite having little idea of what they would do with it once it was achieved. These "rebels" did not create a new state, but they were th 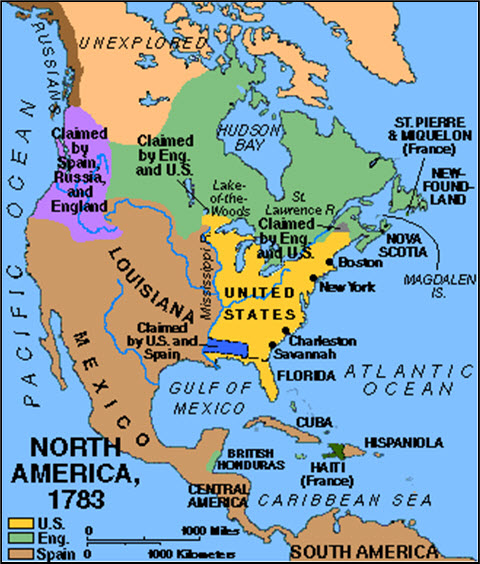 e ones that made it possible, and they were the ones who laid the foundations upon which it could be built. Furthermore, their successful fight for freedom was destined to inspire others elsewhere to seek for liberty and national identity. If the Americans were able to build a democratic republic, then it was an example that others could well follow.

xxxxxIncidentally, after the ending of the American War of Independence, most of the loyalists remained in the new nation. However, it is estimated that something like 80,000, many of them serving soldiers, left for Canada, the British West Indies, or Britain itself. Despite a recommendation by the Continental Congress that loyalists should receive fair treatment, some were deprived of their civil rights or had their land taken from them. The British government compensated around 4,000 exiles for the loss of their property, and some were given pensions and grants of land.