xxxxxAs we have seen, in 1265 (H3), Simon de Montfort, having seized control of the government from Henry III (Edward’s father), formed the first semblance of a House of Commons, made up of representatives from the towns and knights of the shires. Thirty years later in 1295 Edward I took Montfort's assembly a step further. Named the Model Parliament, it included not only the aristocracy and higher clergy, but also representatives from the lower clergy and every shire, borough and city in the land - a combination, in fact, of a modern-day House of Lords and a House of Commons. As in the case of Montfort, this composition had little if anything to do with democracy. Edward just wanted the widest possible support for the funding of his expensive military campaigns. Nor was it a “model” in the true sense of the word. Many later assemblies were only attended by aristocrats and the higher clergy. Nevertheless, this parliament contained the germs of a democratic assembly and formed the basis for development when the opportunity eventually occurred. 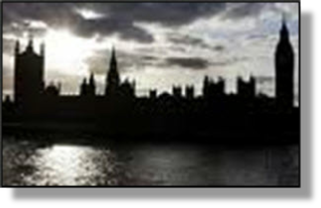 xxxxxWe have seen that, in the reign of Henry III, the king had been obliged to accept the Constitutions of Clarendon in 1258 and these had set up a committee of barons to oversee the running of the country. In 1265 (H3), however, Simon de Montfort, having gained control of the government from Henry III, took a decisive, albeit small step towards the establishment of parliamentary democracy. He formed what might be seen as the first semblance of a House of Commons, made up of representatives from the towns and knights of the shires. The experiment did not last long, and it was doubtless introduced simply to widen Montfort’s support against his enemies, but such an assembly had been called and thus a seed had been sown. 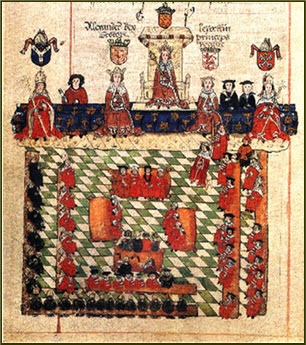 xxxxxThe parliament set up by Edward I in 1295, thirty years later, took Montfort’s assembly a step further. Known as the Model Parliament, it was the first to include a wide range of representatives from outside the aristocracy and the higher clergy. It was comprised not only of earls, barons and bishops, for example, - the nucleus of a future House of Lords - but also of members of the lower clergy together with two knights from every shire, two burghers from each borough, and two representatives from each city - the nucleus, in fact, of a House of Commons.

xxxxxAgain, the reasons for the setting up of such an assembly had little if anything to do with democracy - a concept not understood in these times. Edward wanted the widest support possible within the country in order to finance his expensive military expeditions, whether they be to Wales, Scotland or France. There was no question of this assembly passing any legislation. Indeed, the term “Model” is itself something of a misnomer, because many assemblies summoned after this date did not follow the same composition. In fact, many reverted to earlier times and were only attended by barons and the like.

xxxxxHowever, Edward’s parliament of 1295 did contain the essential elements of a workable and - broadly speaking - democratic system of government, and as such it formed the basis for long-term development and improvement. Given time, as we shall see, there would be other monarchs who needed the wide support that such an assembly offered, and therein lay its strength and eventual path to survival and success.

Parliament: medieval manuscript thought to show Edward I presiding over parliament c1300 – contained in The Oxford Illustrated History of the British Monarchy, by John Cannon and Ralph A. Griffiths, published in Oxford in 1988, artist unknown.