xxxxxThe German-born British astronomer William Herschel discovered the planet Uranus in 1781. During his research, he found 2,500 nebulae, and he was the first to recognise double stars, cataloguing 848 of them with the aid of his sister, the astronomer Caroline Herschel. He wrote some 70 papers on astronomy, and his major work, Motion of the Solar System in Space, was published in 1783. His systematic survey of the heavens enabled him to provide the first approximate shape of our galaxy, the Milky Way. He later discovered infrared solar rays, and investigated the properties of solar radiation. He came to England in 1757, and eventually settled in Slough. A brilliant maker of telescopes, it was here that he built what was then the largest telescope in the world. He was elected to the Royal Society in 1781 and knighted in 1816. As we shall see, his son, John Frederick Herschel, carried on his good work. 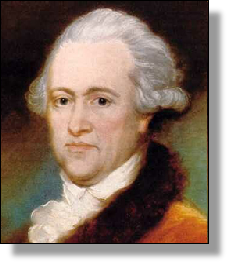 xxxxxIt was the German-born British astronomer William Herschel who, by studying closely the distribution of stars, came up with the first approximate shape of our galaxy, the Milky Way. During his career he found over 2,500 nebulae and catalogued 848 double stars. He discovered the planet Uranus in 1781, thinking, at first, that it was a comet, and later went on to investigate the infrared rays of the sun. He wrote some 70 papers on astronomy. His major treatise, Motion of the Solar System in Space, published in 1783, determined the velocity and direction of the sun, and revealed for the first time that some stars revolve around others, forming binary pairs. A highly skilled maker of telescopes, in 1789 he built what was, then, the largest telescope in the world, with a 4ft mirror and a focal length of 40ft.

xxxxxHerschel was born in Hanover, the son of an army musician. He followed in his father's footsteps as a teenager, and was serving in the regimental band of the Hanoverian Guards when the Seven Years' War broke out in 1756. The following year, however, when the French occupied Hanover, he escaped to England and earned his living as a music teacher and organist, eventually settling in Bath. Outside of his musical work, however, he took an increasing interest in mathematics and optics, and by 1772, when his sister Caroline joined him from Hanover, he had become deeply interested in astronomy and was starting to make his own telescopes - including the grinding of his own mirrors. Assisted by his 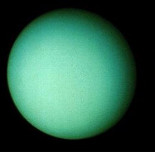 sister, he began a systematic survey of the heavens, cataloguing all the findings they made. His discovery of the seventh planet from the sun - the first planet to be discovered since ancient times - brought him instant recognition. He named it Georgium Sidus (the Star of George) in honour of the king, but it later became known as "Uranus". The following year he was made private astronomer to the king, and, being granted a generous royal pension, was able to devote all his time to building telescopes by day and viewing the sky by night.

xxxxxHis research took him to Datchet and then Old Windsor, but in 1788 he finally settled in Slough. He remained there for the rest of his life, and it was there, at his home in "Observatory House", that he built 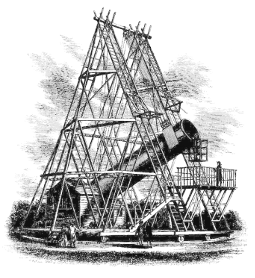 his amazing telescope (illustrated). Completed in 1789, it was one of the technical wonders of the day. It was by using this immense piece of equipment that he discovered two new satellites of both Uranus and Saturn. Then in 1800 he examined the solar spectrum, discovered the existence of infra red solar rays, and investigated the properties of infrared radiation - a form of light invisible to the human eye.

xxxxxHerschel was the most outstanding astronomer of his time, and greatly advanced the knowledge of this branch of science. He was elected to the Royal Society in 1781, knighted in 1816, and became founder member and first president of the Royal Astronomical Society of London in 1820. His son John Frederick Herschel, who worked alongside his father for some years, also became an astronomer of distinction and, as we shall see, journeyed to South Africa in 1833 to survey the skies of the southern hemisphere.

xxxxxIncidentally, in Roman mythology, Uranus was the father of Saturn. Because Herschel's planet was the next planet out from Saturn, it was called "Uranus". ...… 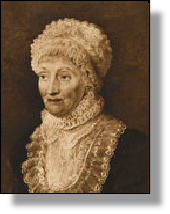 xxxxx...... Throughout his work Herschel was greatly assisted by his sister Caroline Herschel (1750-1848). She became an astronomer in her own right and, using a telescope made for her by her brother, discovered no less than five new comets. In 1798 she issued an index to Flamsteed's observations, and a list of 560 stars for inclusion in the British Catalogue. She returned to Hanover on her brother's death, and was made an honorary member of the Royal Astronomical Society in 1835. ……

xxxxx…… Andxa French astronomer at this time who deserves mention is Charles Messier (1730-1817). He was an ardent comet searcher and, indeed, was nicknamed the “comet ferret” by Louis XV. Between 1760 and 1798 he discovered 13 comets. And it was to assist in this search that in 1760 he began compiling a catalogue of “nebulous objects” (the Messier catalog) so that such objects would not be mistaken for comets. By 1784 he had recorded over one hundred nebulae and star clusters, and these included the Crab Nebula, and the great spiral galaxy in Andromeda. He was the first astronomer in France to observe the return of Halley’s comet in 1759.

xxxxxAnother British astronomer of this period was Nevil Maskelyne (1732-1811). During a voyage to St. Helena in 1761, he experimented with the lunar distance method for determining longitude at sea, and in 1766 produced astronomical tables to support this method, issued in the first of his Nautical Almanacs. Later, to determine the Earth's density, he carried out an experiment on Mount Schiehallion in Scotland, comparing the pull of this large natural mass with that of the earth. By noting the deflection of a plumb line, he estimated that the Earth's density was 4.5 times that of water. He was admitted to the Royal Society in 1758, and was appointed Astronomer Royal seven years later. 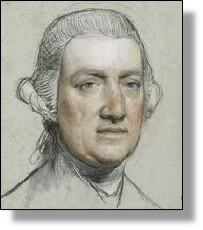 xxxxxAnother British astronomer of this period was Nevil Maskelyne (1732-1811). His work was mainly concerned with producing aids to navigation. He was born in London, and after attending Westminster School, went up to Cambridge. He was ordained a cleric in 1755, but continued his interest in astronomy, aroused by the eclipse of July 1748. Whenever possible he assisted the Astronomer Royal, James Bradley, at the Greenwich Observatory near London, and in 1758 he was admitted to the Royal Society. Three years later he was sent to the island of St. Helena to observe a transit of Venus.

xxxxxBad weather prevented him from carrying out his task, but during the voyage he experimented with the lunar distance method for determining longitude at sea, and, on his return in 1763, set out this method in his own publication, The British Mariner's Guide. In 1765 he was appointed Astronomer Royal, and the following year he issued the first volume of the Nautical Almanac. This contained astronomical tables to assist in navigation, and proved of value. 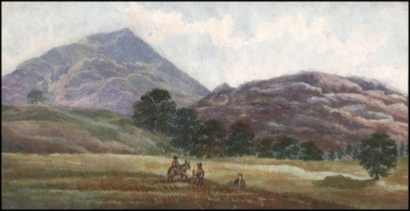 xxxxxIn 1772 he suggested to the Royal Society an idea for determining the Earth's density by using a plumb line. Two years later he carried out this early experiment into gravitation. Travelling to the mountain of Schiehallion in Perthshire, Scotland, he compared the pull of this large natural mass with that of the earth. By noting the deflection of a plumb line, he estimated that the Earth's density was 4.5 times that of water.

xxxxxIncidentally, when experimenting with the lunar distance method during his voyage to St. Helena, Maskelyne made use of the highly accurate Lunar Tables produced by the German astronomer Johann Tobias Mayer in 1753. And he later published these tables in his Nautical Almanac. As a consequence, in 1765 Mayer's widow received an unexpected prize of £3,000 from the Board of Longitude!