xxxxxThe English colonial administrator Warren Hastings spent his working life in the service of the East India Company, and is regarded as one of the principal founders of British India. He served as governor of Bengal from 1772 to 1774, and was then appointed the country's first governor general, resigning in 1785. In these offices he made substantial improvements in the administration of Bengal, establishing a system of government which was employed more widely as British rule expanded. As we shall see (1775), by his political as well as his military skill, he also preserved the company in two major conflicts, the first Anglo-Maratha War in the north, and two Anglo-Mysore Wars in the south. The British emerged strengthened and fully capable of filling the power vacuum caused by the collapse of the Mughal Empire. On returning to England he was impeached by parliament on charges of corruption and malpractice, but was acquitted in 1795 after a trial lasting seven years. Among those who attacked him were the politicians Edmund Burke and the dramatist Richard Brinsley Sheridan. Lord Cornwallis introduced further reforms in the administration of the East India Company during the period 1786 to 1793, but as we shall see, its political power was to come to an end following the Indian Mutiny in 1857 (Va). 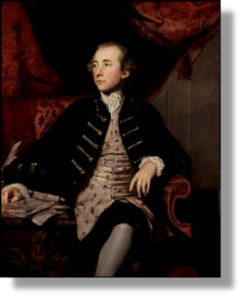 xxxxxThe British statesman Warren Hastings spent his working life in the service of the East India Company and the government of India. He joined the company in 1750, and, apart from a break of four years, remained in India until 1785, retiring as the country's first governor general. He can rightly be regarded as one of the principal founders of British India. However, on returning to England, he was impeached on charges of corruption, and was not acquitted by the House of Lords until 1795, after a trial lasting seven years. (The portrait is by Joshua Reynolds.)

xxxxxHastings was born in Churchill, Oxfordshire, the son of an Anglican clergyman. He was abandoned by his father as a small child, and brought up by an uncle. He attended Westminster School, London, and at the age of 17 went to Bengal as a junior clerk (known as a "writership") in the British East India Company. From the beginning of his service he showed an interest in the life and customs of the Indian people - a factor which served him well in his dealings with the local rulers (or nawabs) - and his administrative talent earned him steady promotion within the company. In 1756, when fighting started with the French and some local Indian rulers, he was imprisoned for a short time when Calcutta was seized by the Nawab Siraj-ud-Dawlah, but later fought under Robert Clive to regain the city. In 1761 he was selected as a member of the Calcutta council, but, after some bitter disputes, resigned from the company and returned to England in 1765. However, short of cash, he returned four years later and served on the Madras council.

xxxxxHis first major appointment came in 1772, when he was made governor of Bengal. Since the departure of Robert Clive corruption had increased, and there was little effective government. Many company employees had amassed huge personal fortunes by plundering the wealth of Bengal and, indeed, the company itself. These so-called "nabobs" had brought the state and the company to near bankruptcy. Hastings set about overhauling the general administration, making improvements in the collection of taxes, bringing in financial and judicial reforms, and rebuilding trade. At the same time, the machinery of government was taken from the local Indian councils, put in the hands of British officials, and centralized in Calcutta. Then to curb corruption further and to provide firmer direction, the British parliament passed the Regulating Act of 1773, and, the following year, appointed Hastings the country's first governo 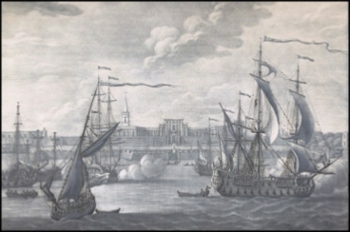 r general. He was stationed at Calcutta (here illustrated), and both Bombay and Madras were placed under his control.

xxxxxOn taking up his office, he was under strict instructions to avoid conflict and concentrate on consolidating British hold on Bengal as a centre for trade. However, given the chaotic situation of the country at that time - following the collapse of the Mughal Empire - he was soon drawn into conflict on two fronts, the first Anglo-Maratha War in the north, and the first and second Anglo-Mysore Wars in the south. As we shall see, in dealing with these serious outbreaks (1775) he showed both military and diplomatic skill, using his limited resources to good effect, and splitting his enemies by timely alliances or intervention. By 1784 he had restored peace and strengthened the standing of the British throughout the sub-continent. This achievement was all the more remarkable because during this entire period he received no aid from the home government - totally immersed in the American War of Independence - and, at one time, he had to face and contain a French expeditionary force. 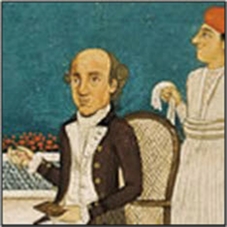 xxxxxBut success on the battlefield was not matched in the corridors of power. In the supreme council, Hastings was constantly in conflict with his four fellow members - particularly Sir John Clavering and Philip Francis - over the continuing bribery and extortion within government. Clavering died in 1777, but the squalid wrangling continued, and his bitter quarrel with Francis ended in them fighting a duel in 1780. Francis was wounded and had to go back to England. At home, too, there were those who were alarmed at the extent of Hastings' authority and power. In 1784 the India Act established a Board of Control to exercise political, financial and military control over the company's affairs. (The painting of Hastings is by a Mughal artist.)

xxxxxThe following year Hastings resigned as governor-general and, on his return to England, came under attack. In 1788 a number of members of parliament, led by Francis, his old enemy, and including the controversial but formidable orator Edmund Burke, brought him before the House of Lords. Here he was impeached (accused) on charges of “high crimes and misdemeanours”. The trial, which lasted seven years, centred around accusations that he had forcibly confiscated property and money during his administration. He was acquitted in 1795, but his defence costs left him virtually penniless. Saddened and embittered, he spent the rest of his life in retirement, denied a company pension until 1804. 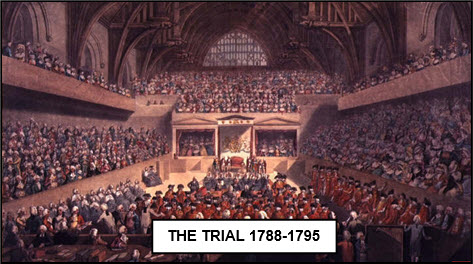 xxxxxThere is little doubt that certain actions on his part laid him wide open to criticism. He had, for example, demanded money with menaces from Raja Chait Singh of Varanasi, and he had forcibly taken over the treasures of the begums (queens) of Oudh. Hastings argued that such acts, highhanded though they might be, were necessary given the urgent need to raise funds to wage a series of costly wars. However, questions were also raised about the exact source of his own personal income, and there was, too, the case of the native Maharaga Nandakumar. He had openly accused Hastings of extortion and, as a result, some suggested, was conveniently found guilty of forgery and executed. This said, the accusations by Philip Francis had all the hallmarks of a vendetta. Furthermore, it could well be argued that the former governor-general was simply a convenient and high-profile scapegoat for the embarrassing degree of corruption which, though much reduced, continued to be accepted as part of life in the running of the company. Perhaps if nothing else, the trial served to reinforce the British government's determination to raise the standards of conduct in what turned out to be their management of a "colonial" India.

xxxxxImpeachment aside, Hastings, as governor of Bengal, overhauled the administration of this province and introduced a machinery of government which was to be adopted by Britain as - region by region - it extended its role over the sub-continent. And that extension of authority was in itself made possible by Hastings’ successful leadership in the wars against the Maratha chieftains and the Mysore state. By diplomatic as well as military skill, he strengthened the British presence in India and ensured that it was they who, in the long term and doubtless reluctantly, were to fill the power vacuum left by the collapse of the Mughal Empire. Further reforms in the running of the East India Company were to come with the governorship of Lord Cornwallis (1786-93) but, as we shall see, its political power was to come to an end following the Indian Mutiny of 1857 (Va).

xxxxxIncidentally, from the earliest days of English parliamentary history, the House of Lords had exclusive right to impeach public officials, based on public outcry. It was not until the Good Parliament of 1376 that the House of Commons began to initiate impeachment proceedings, but even then the trial took place in the House of Lords. In modern times impeachment has rarely been invoked. ...… 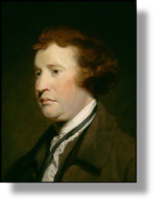 xxxxx...... As we have seen, the politician Edmund Burke played a prominent part in the impeachment proceedings. His opening speech in February 1788, which attacked the East India Company's exploitation of the Indian people - and Hastings' part in it - lasted four whole days! And amongst others who denounced Hastings in Parliament was the Irish dramatist and politician Richard Brinsley Sheridan. An account of the trial is given in the diary of the English novelist Fanny Burney.