xxxxxDuring the first four years of the Norman Conquest, William was faced with outbursts of rebellion across his new kingdom. The majority were small local uprisings and these were promptly put down, but in the north, in Northumbria, the uprisings were on a much larger scale. There, opposition was led by Edgar Aetheling, the named successor to Edward the Confessor. Matters came to a head in 1069 when the Norman Earl of Northumbria, on his way to his new domains, was killed in Durham - together with several hundred of his men - and the castle at York was besieged. William supressed this uprising but, later in the year a large Danish force came to the aid of Aetheling and all of Northumbria fell into rebel hands. William, now determined to put an end to any further insurgency, defeated the rebels at York, forced the Danes into submission, and then lauched a campaign of terror and destruction across the whole of the region. Known as the Harrowing of the North, this destroyed crops, livestock and food stores, razed villages to the ground, and slaughtered the inhabitants. The death toll was put as high as 100,000, the majority of whom died from starvation following the famine which came in the wake of the “harrowing”. This event secured the North and, as we shall see, the following year William finally put and end to a rebellion in East Anglia, led by Hereward the Wake. By 1072 he had gained virtual control over his newly-acquired domains, and was able to give his full attention to the administration of his new kingdom, and that of Normandy. 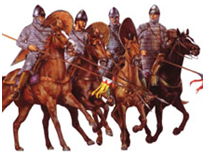 xxxxxFor the Anglo-Saxons the Normans proved a formidable enemy. Their mounted knights and their mighty castles were to win the day but the inhabitants of England did not go down without a fight. Indeed, William’s control of his new kingdom was tenuous for the first four years. He genuinely feared that any substantial measure of success against him could quickly bring about a major uprising. In the south, for example, 1067 saw attacks upon Dover Castle and rebellions in Hereford and Exeter. And Harold’s sons, having taken refuge in Ireland, organised raids upon the coasts of Somerset, Devon and Cornwall.

xxxxxThese localised disturbances were promptly put down, but the biggest threat to Norman rule was centred in the North, where Anglo-Saxon forces were headed by Edgar Aetheling, the named successor to Edward the Confessor, and supported by Morcar, the deposed earl of Northumbria, and Edwin, Earl of Mercia. Mattersxcame to a head in January 1069 when the newly appointed Norman Earl of Northumbria, Robert de Comines, was killed on his arrival at Durham - together with several hundred of 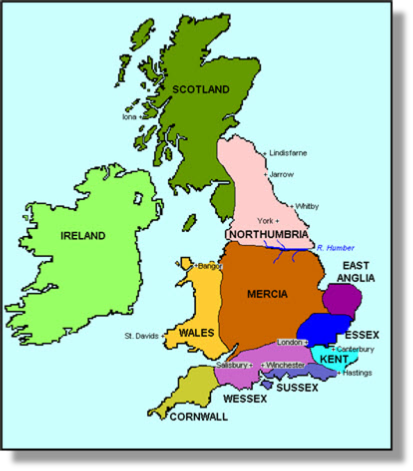 his soldiers - and when, in the south, rebels besieged the Norman castle at York. William hastened north without delay, defeated the insurgents outside York, and then, entering the city, slaughtered many of its inhabitants.

xxxxxThis put an end to the immediate revolt, but later in the year a large Danish force arrived and made possible a rebellion on a much larger scale. Within a matter of weeks a combined English and Danish force had seized the castle at York and taken control of the whole of Northumbria and parts of Mercia. Once again William marched to the North, more determined than ever to stamp out the rebellion at any cost. He defeated the Mercian rebels at Stafford, occupied the city of York, and then, driving back the Danes, forced them into submission. He was then free to embark upon a campaign of terror and devastation the like of which England had never seen or suffered before. He saw this as the only means of gaining control of the North and securing his new kingdom. 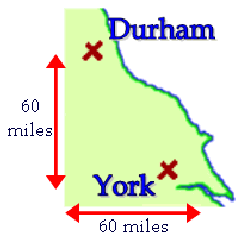 xxxxxThe Harrowing of the North, as this campaign came to be called, was a series of operations designed to lay waste the whole of Northumbria. William showed no mercy. From York to Durham, for example, every village was destroyed and the inhabitants slaughtered. In addition, a scorched earth policy across the whole of the region - and beyond - ensured that any crops, livestock and food stores were completely destroyed. In some areas, it is said, salt was added to the soil to render it 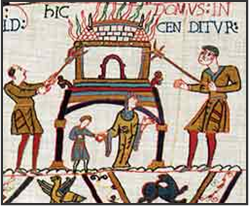 unproductive for many years to come. Two decades later the Domesday Book recorded that vast tracts of the North were wasteland. The estimated death toll was put at 100,000 and the vast majority of these died of starvation following the famine that came in  the wake of the “harrowing”. This figure and the event itself might well have been exaggerated, but it proved important enough to be depicted on the Bayeux Tapestry (here illustrated).

xxxxxThis ruthless policy - exaggerated or not - had the desired effect. The North was well and truly pacified. As we shall see, there followed a rebellion in East Anglia, led by Hereward the Wake, and this proved difficult to overcome, but by 1072 William had virtual control of his kingdom. Small sporadic outbursts of unrest continued into the 1880's, but the Conqueror could now get on with the administration of his new realm, alongside that of Normandy.

xxxxxIncidentally, according to the Norman historian Orderic Vitalis (1075-c1142) (writing, however, some fifty years after the event), when William was on his deathbed he confessed to having cruelly oppressed and persecuted the native inhabitants of England “beyond all reason”.

xxxxxIn 1079 a further displacement of people occurred in the south of England, but it was on a much smaller scale and there was little loss of life. In that year some 150 square miles in present-day Hampshire were declared the “New Forest” and about 20 or more small settlements - some accounts speak of 50 villages and 20 churches! - were destroyed so that William could hunt deer at his leisure.