In his Orpheus and Eurydice, produced in 1762, the German composer Christoph Willibald von Gluck broke away from the rigid, restricted style of the traditional Italian opera. Instead of simply providing a convenient setting for a string of arias for single voices, he used the opera’s music to express and heighten the plot’s emotional content. He followed this work with a number of similar musical dramas, and by his last composition in 1779, Iphigenia in Tauris, had firmly laid the foundation of this operatic reformation. In addition, he also gave the overture a greater part to play, including within it musical themes from the opera itself. These reforms were soon adopted and brilliantly developed by Mozart and Beethoven, and by later composers such as Rossini, Wagner and Berlioz. 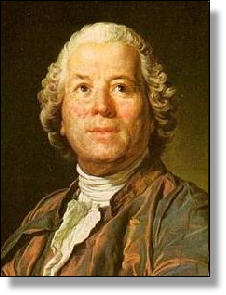 xxxxxThe German composer Christoph Willibald von Gluck played a major part in the development of opera as a separate musical form of expression. He was born in Erasbach, Bavaria, the son of a gamekeeper, and, from an early age, he showed a remarkable interest and talent in music. He studied at the Jesuit seminary at Komotau, and then went to Prague, where he learnt to sing and play the violin, cello and organ. This procured him a job as a court musician in Milan, and it was here that he produced his first opera, Artaserse. Staged in Milan’s Teatro Ducal in 1741, it was very much in the conventional Italian mould, providing little more than a string of arias for single voices whereby up-and-coming singers could literally air their talent.

xxxxxOver the next nine years he travelled across Europe, producing some 16 operas in the Italian tradition, including Sofonisba in 1744, and Artamene two years later. During this period he visited Paris - where he met and heard operas by the French composer Jean Philippe Rameau - and in 1745 he journeyed to London to write operas for the Haymarket. There he was especially commissioned to compose an opera to celebrate the government’s victory over the Jacobites at the Battle of Culloden. It was an opportunity for him to make his name but, in fact, it was something of a failure, and particularly so when compared with operas then being produced by the great German composer George Frederick Handel, then residing in London. As a consequence he spent the next three years working as a conductor for one or two travelling opera companies. 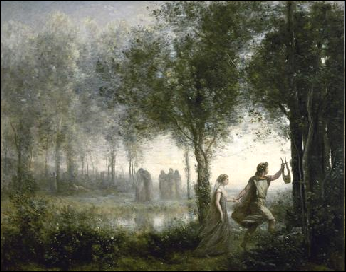 xxxxxHe eventually returned and settled in Vienna in 1750. Here he married into money and, four years later, became kapellmeister to Maria Theresa, arch-duchess of Austria. Over the next ten years, exploiting the new French vaudeville plays then in vogue, he produced a string of traditional and popular operas. These included The Clemency of Titus and Antigono, and such was the fame he achieved that in 1757, during a visit to Rome, he was knighted by the pope. Then in 1761 he met with further success with his ballet Don Juan. The following year, however, he broke with tradition, and laid the foundations of an operatic renaissance. His production of Orpheus and Eurydice (illustrated) in 1762 began a movement in the production of opera which proved nothing short of a revolution.

xxxxxGluck, along with a number of other composers, had long been growing dissatisfied with the artificial and mechanical format of current Italian opera, used primarily as a means of giving accomplished singers the opportunity to show off their individual skills. He became anxious to restore opera to its original, dramatic purpose, whereby music was used to express and, indeed, heighten the plot’s emotional content. Thextrue function of operatic music, he argued, was to serve poetry. His opportunity to challenge the old order of things by introducing a new, reformed style came about around 1760 when he became acquainted with the Italian poet Ranieri di Calzabigi (1714-1795). A friend of the amorous adventurer Casanova, he came up with a libretto which gave the music a meaningful part to play. 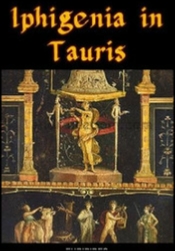 xxxxxThe result was Orpheus and Eurydice, a story from Greek mythology in which the words and the music combined together to make the most of the grandeur and drama of the piece. Shown in Vienna, it proved a great success, but in Paris it met with a deal of opposition and this eventually sparked off a bitter row over the future of opera between Gluck’s French style, and that of his Italian rival, Niccolò Piccinni (1728-1800). The “war” waged for some five years. The success of Gluck’s subsequent works, Alceste in 1767, Paris and Helen in 1770, and Iphigenia in Aulis in 1774, clearly demonstrated the public’s high regard for this new concept of opera, but the matter was not resolved until 1779. In that year, in an open competition with Piccinni - arranged by the director of the Paris Opera House - Gluck produced Iphigenia in Tauris. It proved an immense success and was later adjudged superior to Piccinni’s version, staged two years later. The new style of opera as a musical drama was here to stay, and destined to develop further in the hands of master craftsmen.

xxxxxAnd alongside Gluck’s musical reforms on stage went the development of the overture, until then making little or no contribution to the opera that followed. He was one of the first, together with the two other members of the Viennese classical school, Mozart and Beethoven, to incorporate in his overtures music that was to feature as the drama itself unfolded - as in the case of Iphigenie in Tauris in 1779. And in that opera he took a further step forward, using the overture to lead into the mood of the opening act. Later, many other composers adopted and developed these innovations, not least being the Italian Gioacchino Rossini and the German Richard Wagner. 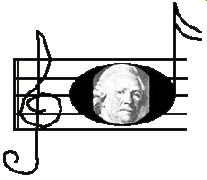 XxxxxGluck’s reforms brought sweeping and lasting changes in the art of opera making, turning it into a true musical drama, and paving the way in this genre for the highly developed works of northern composers like Wolfgang Amadeus Mozart, Ludwig van Beethoven and Richard Wagner. And the French composer Hector Berlioz was also inspired by the quality of his musical dramas. In total Gluck produced no less than 29 Italian and 12 French operas, his last work being Iphigenia in Tauris in 1779, the test piece which confirmed that opera had truly come of age. He died of a stroke eight years later. 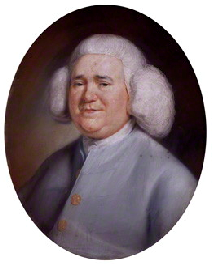 xxxxxIt was in the 1760s that the talented English composer and organist, William Boyce (1710-1779) began publishing his collection of church music under the title Cathedral Music. The completion, in fact, of a compilation of sacred music begun by his former teacher Maurice Greene, it included works by Thomas Tallis, William Byrd, Orlando Gibbons and Henry Purcell. Today, it is one of the works by which he is best remembered.

xxxxxBoyce was born in London, the son of a cabinet maker, and sung in the choir at St. Paul’s Cathedral from the age of 12. When his voice broke he studied music under Maurice Greene, and then began his musical career as organist at the Oxford Chapel in Cavendish Square, London. Other appointments followed, including composer to the Chapel Royal - where he composed some of his finest church music - and conductor of the Three Choir Festival, during which time he produced his Worcester Overture (later published as Symphony Number Eight). The height of his career came in 1755 when he was appointed Master of the King’s Musick. 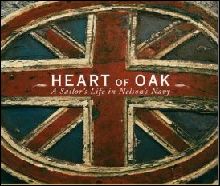 xxxxxBoyce wrote a great deal of church music, as was to be expected, and his anthems in particular have stood the test of time, but he also composed twelve sonatas, eight symphonies and a number of songs, including the patriotic ballad Heart of Oak, written for the pantomime Harlequin’s Invasion in 1759. His chamber music included a set of twelve trio-sonatas - all highly acclaimed - and he also produced incidental music for a number of Shakespeare’s plays. Owing to increasing deafness, he retired from regular work in the early 1760s, and it was then that he edited his Cathedral Music, completed in 1773. He died at the age of 67 and was buried under the centre of the dome in St. Paul’s Cathedral.

xxxxxToday he is regarded as one of the most important English composers of the 18th century. The Methodist preacher Charles Wesley described him as the most modest man of men, and the music critic Charles Burney commented some years later that he had never known a composer whom he had loved, honoured and respected more.