xxxxxThe History of the Kings of Britain, completed by Geoffrey of Monmouth around 1139, was really no more than a collection of fanciful stories from the Bible, classical writers or Celtic tradition. However, it did introduce the Arthurian legend into Western literature, until then confined to folklore. At this stage, Arthur is the leader of a European empire, but there is already mention of Avalon, Guinevere and Merlin. It was left to later poets, such as Layamon, Chrétien de Troyes and Sir Thomas Mallory, to weave their romantic tales around the English king and his band of knights. 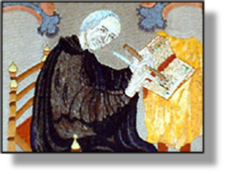 xxxxxIt was while he was a canon at 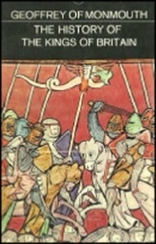 Oxford that Geoffrey of Monmouth wrote his Historia regum Britanniae (History of the Kings of Britain), probably completing the work in about 1139. It was of very little historical value, being largely a fanciful account based on stories from the Bible, classical writers, and, above all, Celtic tradition. It proved a popular book, however, if only for the fact that it introduced the Arthurian legend - to be embellished over the years - into Western literature. The folklore woven around King Arthur had been in limited circulation as early as the seventh century, and it was again mentioned by the Welsh chronicler Nennius about the year 800, but Geoffrey put it on the map, as it were.

xxxxxIn this early version, King Arthur is the leader of a European empire, and it is his conquests which provide the climax to the "history". It was left to later poets, such as

Layamon, Chrétien de Troyes and, of course, Sir Thomas Mallory, to develop the cycle of legends and romantic tales which came to surround the English king and his court. However, there is mention of Avalon, the island where Arthur was taken to have his wounds healed, and a reference to Guinevere (Guanhumara) as a "noble Roman". And Merlin, the sorcerer and counsellor, appears in the work, as well as being the subject of a poem by Geoffrey entitled Life of Merlin (Vita Merlini), written around the year 1150.

Geoffrey of Monmouth: detail from the Geoffrey Tapestry at Monmouth Priory, Gwent, Wales.