xxxxxThe Fourth Crusade abandoned its high ideals and turned its attack upon Constantinople, the capital of the Christian Byzantine Empire. It started out from Venice in 1202 and was used by that city state to settle a quarrel with the Byzantines over the provision of shipping. In April 1204 the Crusaders stormed and plundered Constantinople, and then founded a Latin Empire under their own leader and with the land divided among the victors. The Crusade thus proved a disaster for Christian union, and, in addition, it weakened the Byzantine Empire at a crucial time for Christendom. As we shall see, the empire was restored in 1261 (H3) under Michael VIII of Nicaea, but it lacked the strength necessary to hold back the advance of the Ottoman Turks. Meanwhile the crusades themselves had virtually lost their credibility. Four more were held, all in the reign of Henry III, but none achieved the ultimate aim. 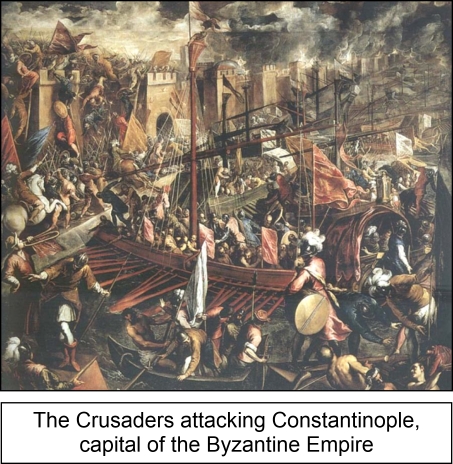 xxxxxThe crusade started out from Venice in 1202 and, on arriving at Constantinople, became embroiled in a quarrel over the provision of shipping. Alexius IV, the son of the deposed Byzantine Emperor, in seeking Venetian help to restore his father to his rightful throne, promised to pay the Venetians a huge sum for the use of their ships. The Crusaders drove Alexius III, the usurper, out of the city only to find that Alexius IV could not raise the money he had promised. Resentment towards the Eastern Empire - always close to the surface - quickly mounted and then came to the boil when anti-Latin factions in the city elected their own emperor, Alexius V, and had Alexius IV strangled. In April 1204 the Crusaders, determined on revenge, stormed and plundered the city. A Latin empire was established under the leadership of Baldwin of Flanders, and Constantinople and the Byzantine provinces were divided among the victors. 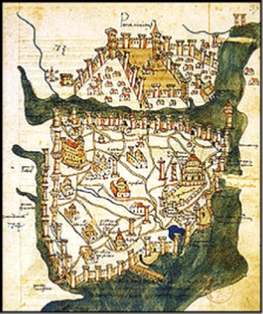 xxxxxWestern traders, and particularly the Venetians had for long cast covetous eyes upon the growing commercial power of the Byzantine Empire, and the earlier crusades had also played a part in straining relations between the two Christian blocs. The Crusade of 1202 gave the rulers of Venice the chance to settle old scores with Constantinople. The outcome was deeply deplored by Pope Innocent III - who at one time had excommunicated the Venetians - but the authority of the crusade had slipped into lay hands and the damage had been done.

xxxxxThe Fourth Crusade was a disaster for the unity of Christendom and the integrity of the crusade movement. The rift between the two Christian empires widened and any hope of reunion was dashed. Even worse was the fact that the Byzantine Empire, once a realistic defence against hostile invasion from the east, was now torn apart by squabbling factions. As we shall see, by the time the empire was put together again in 1261 (H3), under Michael VIII of Nicaea, it was a shadow of its former size and strength, and the Turks were knocking on the door. As for the crusades, four more were held over the period 1217 to 1270 - all in the reign of Henry III - but none achieved the ultimate aim - though the sixth proved surprisingly successful given the circumstances. 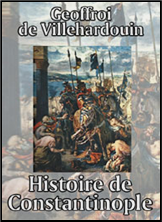 xxxxxIncidentally, the Fourth Crusade was the subject of one of the first reputable histories to be written in French. The author, a soldier named Geoffroi de Villehardouin (1160-c1212) was one of the leaders of the crusade, and recorded the events at first hand. His work, generally known as The Conquest of Constantinople, was written about 1209 and covers the invasion of the Byzantine Empire and the capture of its capital city. This historical study was the first in a series of histories provided by the French in the medieval period.