In September 1275 most of Glastonbury in Somerset is destroyed by an earthquake.

In 1278 the Cinque Ports - the five channel ports of Hastings, New Romney, Hythe, Dover and Sandwich on the south-east coast of England - are granted liberties by royal charter. They were formed earlier, probably in the reign of Edward the Confessor (1042-1066), to defend the coast and furnish ships and men for the king's service.

1296  work begins on Florence cathedral, known as Santa Maria del Fiore (Our Lady of the Flower). It was designed by the Italian architect Arnolfo di Cambio (c1240-c1310) and completed in the second half of the 15th century with the building of its magnificent dome, designed by Filippo Brunelleschi.

It was around 1300 that Richard de Bello, a Prebendary of Lincoln Cathedral (and later Hereford Cathedral) produced the Mappa Mundi, the largest medieval map now in existence. The world is represented as round and surrounded by water. Jerusalem is placed in the centre, and the continents of Asia, Europe and Africa are mentioned, but not correctly positioned in relation to each other. A number of ancient cities are named and the map is adorned with numerous pictures depicting biblical events, animals, birds and fish. It is on display in Hereford Cathedral, England. 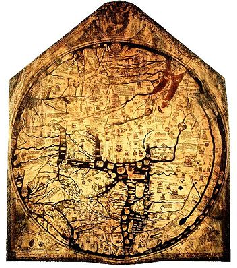 1305  Edward I establishes a number of standard measurements, including the foot, the yard and the acre. 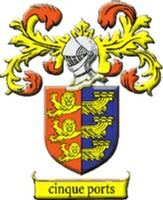