xxxxxSamuel Crompton, another inventor from Lancashire, came up with his "spinning mule" in 1779. A combination of the good ideas put forward earlier by James Hargreaves and Richard Arkwright, it not only increased output, but also produced a very fine quality yarn, opening up a new market in cotton textiles. Too poor to afford a patent, he made little out of his invention, but it put spinning on a mass-production basis, and speeded up the factory system which Arkwright had already put in motion in 1771. 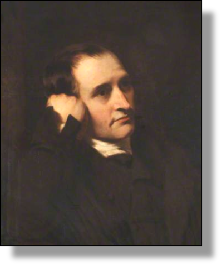 xxxxxSamuel Crompton, who lived near Bolton in the north-west of England, improved further the manufacture of yarn in Lancashire, the home of the English textile industry. In 1779 he invented the "spinning mule", so named because it combined the good features of the "spinning jenny" - devised by James Hargreaves - with those of the "spinning frame" - invented in 1769 by yet another spinner from Lancashire, Richard Arkwright. At one time he came close to losing his "mule". While making the prototype, machine-breaking riots broke out in the area, and when they came too close for comfort, he was obliged to dismantle his brainchild and hide the pieces in a variety of cupboards!

xxxxxCrompton developed the "spinning mule" for use in his own home, but, in fact, it was destined to put spinning on a mass-production basis, speeding up the factory system which Arkwright had already put in motion in 1771. Apart from making a vast increase in productivity, the 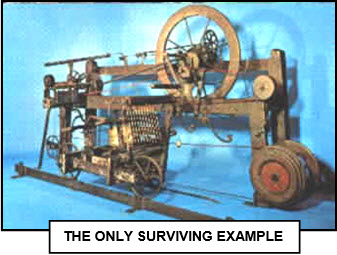 strength and fineness of the thread and yarn it produced opened up a new, specialised market in high quality cotton textiles. Being too poor to patent his invention, he let his ideas be known to a number of local manufacturers on promise of payment, but most of them never paid him. It was not until 1812, in fact, when over 4,000 of his mules were in use, that Parliament gave him a grant of £5,000. By that time, as we shall see, spinning had long ceased to be a domestic industry, and was firmly established in those "dark, satanic mills" of northern England.