xxxxxIn 1553 the Englishman Richard Chancellor, acting as the chief pilot, took part in an expedition to find a north-east passage from Europe to the Far East. Two of the three ships were lost on reaching the Kola Peninsula, but his vessel, the Edward Bonaventure, gained entrance to the White Sea and reached Archangel. From there he journeyed overland to Moscow, and was well received by the Tsar, Ivan IV. He returned with a favourable trade agreement, and this led to the setting up of the Muscovy Company in 1755. He later went back to Moscow, but in 1556 was drowned when his ship sank during his return. 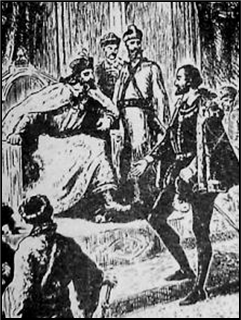 xxxxxIt was in 1553 that a fleet of three ships under the command of Sir Hugh Willoughby set out to discover a north-east passage from Europe to the Far East. On the voyage around the coast of Norway a severe storm separated the vessels. Two ships reached the Kola Peninsula and took shelter in a harbour there, but Willoughby and both his crews perished during the winter. The Englishman Richard Chancellor, the expedition's chief pilot, was aboard the third vessel, the Edward Bonaventure. He managed to find the entrance to the White Sea and, sailing south, reached Arkhangelsk (Archangel). (See map below.)

xxxxxFrom here he set out on the overland journey to Moscow, a distance of some 1,500 miles. He was well received by the Tsar, Ivan IV, (illustrated) and returned with a letter granting the English favourable trade conditions with Russia. The result of this meeting was the setting up of the Muscovy Company, established in 1555 (M1), and granted the monopoly of Anglo-Russian trade. Following his successful visit, Chancellor again travelled to Moscow as part of a trade mission, but on the return journey he was drowned in a shipwreck off the coast of Scotland in November 1556. 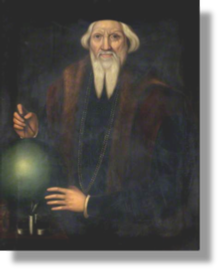 xxxxxThe man who instigated the search for the north-east passage was the Italian navigator Sebastian Cabot (c1476-1557), son of the famous explorer John Cabot. He came to settle in England in the mid-1540s and, known for his services as a mapmaker to Henry VIII, he quickly found favour at court. In about 1549 he was appointed grand pilot of England by Edward VI and granted a pension. Anxious, as always, to find a more direct passage to the riches of the Orient, it was he who organised the expedition under Willoughby, and it was he who, on the return of Richard Chancellor in 1555, promptly established the Muscovy Company of Merchant Adventurers, with himself as governor.

xxxxxBut Sebastian Cabot is probably best known for his exploration in the New World. It is not known for certain whether he accompanied his father, John Cabot, on his epoch-making voyage to North America in 1497 (H7). What is certain, however, is that he made at least two expeditions to the New World. The first, in 1508, was to the north coast where he reached Labrador, like his father, and then 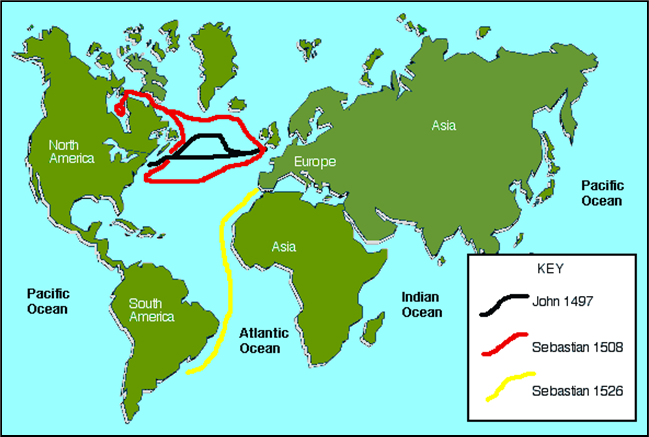 voyaged on to Hudson Bay; and the second, in 1526, was to South America on behalf of the Emperor Charles V. Reaching the estuary of a river that he named Rio de la Plata, he sailed up the Parana and Paraguay Rivers, convinced that he had at last found the passage to the Far East. When he found no outlet, however, he abandoned his exploration, and began a fruitless search for a legendary land of wealth before returning to Spain in disgrace in 1530.

xxxxxAs we shall see, the search for the north-east passage having proved unsuccessful, navigators and merchants now turned their attention to the possibility of a north-west sea route via today's Canadian Arctic. As we shall see, the first explorer to make the attempt was the Englishman Martin Frobisher in 1576 (L1).

xxxxxIncidentally, on arriving in South America Cabot was quick to notice the elaborate silver ornaments worn by the Indians. This is probably why he named the river he found the Rio de la Plata 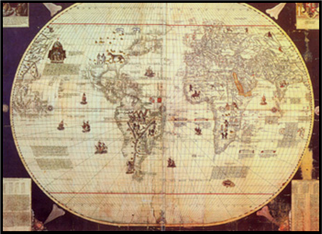 xxxxx…… Apart from being an able navigator, he was also an accomplished cartographer. In 1512 he made maps of the south west coast of France for Henry VIII's invasion plans, and in 1544 he produced a map of the world, a copy of which is in the French National Library in Paris. 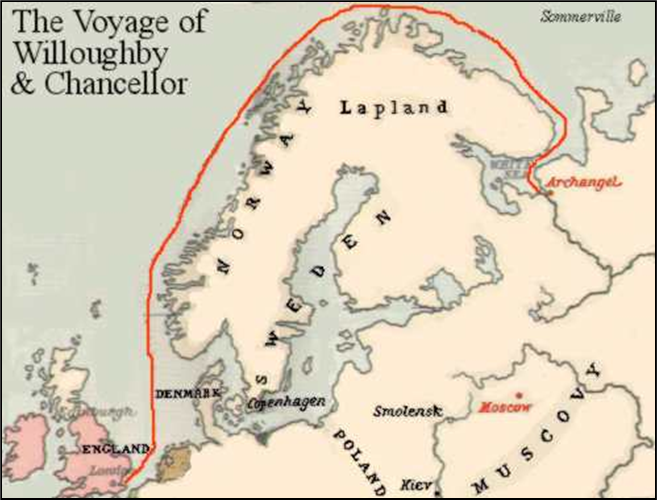 xxxxxThe man who instigated the search for the Northeast Passage was the Italian navigator Sebastian Cabot (c1476-1557), son of the famous explorer John Cabot. Coming to England in the mid 1540s, he was appointed grand pilot by Edward VI, and in this capacity he organised the Willoughby expedition and, after the return of Richard Chancellor in 1555, set up the Muscovy Company of Merchant Adventurers. But he is remembered today for his two expeditions to the New World, the first to Hudson Bay, and the second to South America on behalf of Emperor Charles V in 1526. He reached the Rio de la Plata and then sailed up the Parana and Paraguay rivers. On finding this was not an outlet to the Far East, he abandoned his mission and went in search of a legendary land of wealth. Finding no such place, he returned to Spain in disgrace in 1530. Attention then turned to finding a Northwest passage and this, as we shall see, was first attempted by the English navigator Martin Frobisher in 1576 (L1).