xxxxxThe Scottish explorer James Bruce became interested in North Africa after being appointed British consul at Algiers in 1763. After visiting Roman sites in the Mediterranean area and Syria, he left Cairo in 1768 to discover the source of the Nile. Travelling via the Red Sea he rediscovered the source of the Blue Nile at Lake Tana, and then in 1772 became the first European to follow the course of this river to its confluence with the White Nile at Khartoum. Suffering many hardships during a journey of over 3,700 miles, he eventually returned to London in 1774, where the account of his expedition was disbelieved by many, including the writer Samuel Johnson. In 1790 he published his five-volume Travels to Discover the Source of the Nile, and this became an epic of African exploration. The true source of the Nile was not discovered until John Hanning Speke discovered Lake Victoria during his expedition of 1857 (Va). 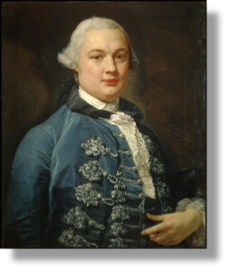 xxxxxIn 1772 the Scottish explorer James Bruce, having rediscovered the source of the Blue Nile two years earlier, became the first European to trace the course of this river to its confluence with the White Nile at Khartoum. Suffering much hardship en route, but convinced that he had found the main source of the Nile, he then continued his return journey, reaching Cairo the following year.

xxxxxBruce was born in Stirling County, Scotland. After a brief career in business, he was appointed British consul in Algiers in 1763, and it was then that his interest in North African history and geography began. He commenced his travels two years later, visiting Rhodes, Cyprus and Syria to study Roman sites. He reached Alexandria in July 1768, and then travelled on to Cairo, determined to make an attempt at discovering the source of the Nile. Journeying south along the river and across the desert 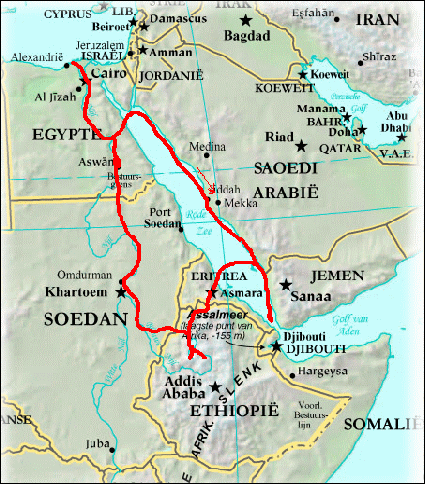 , he then sailed on the Red Sea to the port of Mitsiwa. From there he reached Gondar, the capital of Ethiopia, in February 1770 - then in the grip of a smallpox epidemic. After staying for a while at the Emperor's court - where, by all accounts, he became a firm favourite - he continued his journey in the October and reached the headstream of the Blue Nile at Lake Tana three months later. Convinced - wrongly as it so happened - that he had found the main source of the Nile, he then made the hazardous journey back to Cairo, forced to make diversions because of warring tribes, confronted with desert storms, and suffering from hunger and thirst.

xxxxxHe eventually reached London in 1774, where the report of his journey, covering some 3,700 miles, was received with a large measure of incredulity. We are told that the writer Samuel Johnson was amongst the staunchest of the doubters. Disillusioned but undeterred, in 1780 he began writing a graphic account of his travels. This was published ten years later in his five-volume Travels to Discover the Source of the Nile. By this time the accuracy of many of his observations had been confirmed by other travellers, and his book was able to take its place among the epics of African exploration. 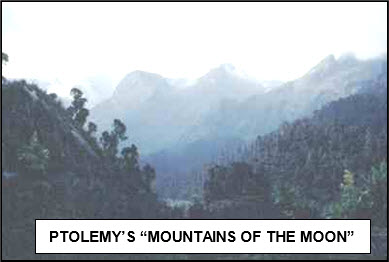 xxxxxThe actual source of the Nile had intrigued men from the earliest of times. The Roman governor of Egypt, Aelius Gallus, for example, had explored the river as far as the first cataract in 25 BC. A further attempt was made in 66 AD, during the reign of the emperor Nero, but had to be abandoned because of the Sudd, a vast swampy region of southern Sudan. The Greek astronomer and geographer Ptolemy, writing in Alexandria in 150 AD, claimed (mistakenly) that the White Nile - the section of the Nile that flows north from Malakal to Khartoum - had its origin in the "Mountains of the Moon", later identified as the Ruwenzori Range, bordering modern Uganda and Zaire. It is recorded, too, that Lake Tana had been known to the Greeks, and that coptic monasteries had been built on islands in the lake during the middle ages. Jesuits also found the source of the Blue Nile in the 16th and 17th centuries, the last discovery being in 1618 by a Spanish priest named Pedro Paez. But, as we shall see, it was not until an expedition begun in 1857 (Va) that the English explorer John Hanning Speke discovered the vast lake that he named "Victoria", and rightly claimed it as the main source of the White Nile. And even then, his finding was disputed by many, including his fellow explorer Richard Burton.

xxxxxIncidentally, the drawings of Roman antiquities which Bruce made during his study of Roman sites, produced with the aid of a camera obscura, can be seen in the royal library at Windsor Castle.

xxxxxThe German map-maker Carsten Niebuhr (1733-1815) was the sole survivor of a Danish expedition to Arabia, begun in 1760. After returning to Copenhagen in 1767, he wrote two accounts of his journey, Description of Arabia in 1772 and Travels through Arabia two years later. During his travels he discovered three new cuneiform inscriptions at Persepolis, the ancient capital of Iran. 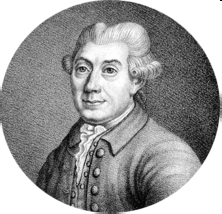 xxxxxWorthy of note during this period was the Danish expedition to Arabia. Among its five members was the German map-maker Carsten Niebuhr (1733-1815) (illustrated). The party, financed by Frederick V of Denmark, set out in 1760 in order to conduct a scientific exploration of the country, the first of its kind. As it so happened, only Niebuhr survived the expedition. Having visited the Nile, Mount Sinai, Suez and Jidda, the expedition then went overland into south-west Arabia, reaching Mocha in 1763. Here, within the space of three months the team's philologist and naturalist died. After visiting Sana, the capital of Yemen, the party returned to Mocha and then sailed to Bombay. Here disaster struck again. Both the expedition's artist and surgeon died, leaving Niebuhr the sole survivor. He stayed in India for over a year and then returned via Muscat (in south-east Arabia), Persia, Mesopotamia, Cyprus and Asia Minor. 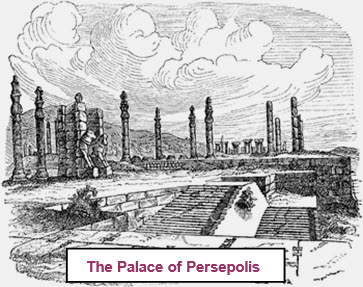 xxxxxHe eventually reached Copenhagen in November 1767 and began compiling an account of his journey, much of it across unexplored terrain as far as Europeans were concerned. This was published in two books, Description of Arabia, produced in 1772, and Travels Through Arabia, two years later. Among his findings were three new cuneiform inscriptions, discovered in the ruins of Persepolis, the ancient capital of Iran. Rightly concluding that they were transcripts of the same text, used by the Persian kings to make their decrees known to three subject nations, he published them in 1777.

xxxxxIncidentally, his son, Barthold Georg Niebuhr (1776-1831), later gained fame for his three-volume work History of Rome, finally published in 1832. He was one of the first historians to lay stress upon the importance of making a critical examination of all source material.