xxxxxThe English jurist William Blackstone completed the publication of his Commentaries on the Laws of England in 1769. Based mainly on his lectures at Oxford University, this work was the first comprehensive treatment of the subject, and it was written in simple, understandable language. It was an immediate success and, despite attracting some criticism, especially from the philosopher Jeremy Bentham, it formed the basis of university law courses in both Britain and North America for over a century. He was the first professor of English law at Oxford University, a member of parliament for nine years, and was knighted in 1770. He spent the last years of his life working for prison reform. 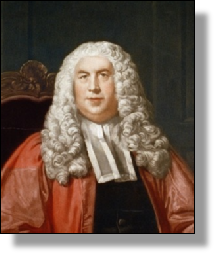 xxxxxThe English jurist William Blackstone, author of the influential Commentaries on the Laws of England, was born in London. After attending Charterhouse and Pembroke College, Oxford, he read law at the Middle Temple, and in 1746 set up a law practice in Westminster. As a barrister, it would appear, he was not particularly successful. Seven years later he returned to Oxford where he introduced courses in English law. By 1750 he had produced a number of legal treatises, but it was the publication of his lectures in 1756, under the title An Analysis of the Laws of England, that gained him a reputation as a talented legal scholar. In 1758 he was appointed the first professor of English law at Oxford University, and this led to various government appointments - including solicitor general to the Queen - and a seat in the House of Commons in 1761.

xxxxxHe began publishing his Commentaries in 1765 and by 1769 had produced four volumes. Like his earlier work, these were mainly based upon his Oxford lectures, though he also gained some assistance from a 17th century treatise entitled The History and Analysis of the Common Law of England - the work of the eminent English jurist Sir Matthew Hale (1609-1676) - not published until 1713. These Commentaries, the first comprehensive treatment of English law, were an immediate success in both England and the American colonies, providing as they did a systematic introduction to law matters in simple, understandable language - far removed from the highly technical language of his profession. But successful though they were, these Commentaries were not without their shortcomings, and they came under some heavy criticism, especially from the philosopher Jeremy Bentham. He regarded them as an "enemy of reformation", smugly accepting the status quo. Nonetheless, the coherent system Blackstone compiled within these documents served as the basis of university law courses both in Britain and North America until the end of the 19th century. Furthermore, after the American revolution, this textbook - for that is what it really was - actually served to shape the U.S. legal system. And even today, the Commentaries are valuable as a significant contribution to the history of English law.

xxxxxIn 1770 Blackstone was appointed a justice of the Court of Common Pleas, and he was knighted in that year. During his nine years as a member of parliament (1761-1770) he spoke on legal matters, but he was too much of a moderate to be a successful politician. In the last ten years of his life he spent some time working for the reform of England's prison system.

xxxxxAnother Londoner interested in prison reform at this time was the philanthropist John Howard (1726-1790). He visited prisons in Britain and the continent, and in 1774 persuaded the government to give "jailers" an official salary, and to lay down basic rules of hygiene for all prisons. His State of the Prisons in England and Wales, published in 1777, made for depressing reading. He later advocated institutions where prisoners could be trained for rehabilitation. In his later years he toured the continent, visiting quarantine stations to try to find a means of limiting the spread of contagious diseases. It was while at a hospital in the Ukraine that he contracted typhus fever and died of the disease at the age of 64. As we shall see (1813 G3c), his work was ably continued by the English Quaker Elizabeth Fry. 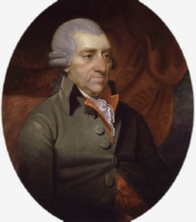 xxxxxAnother Londoner who was much involved in prison reform at this time was the philanthropist John Howard (1726-1790). Following his appointment as high sheriff for Bedfordshire in 1773, he made a visit to Bedford prison. As a result of this inspection, in the following year he persuaded the House of Commons to pass two acts. The first stipulated that prison officers (then known as "jailers") should receive a salary and not be dependent upon fees from the prisoners themselves, many of whom had not the means of making the payment. The second laid down basic rules of cleanliness and made justices responsible for the general health of prisoners.

xxxxxIn 1775 he made a tour of prisons in other parts of the country, and also visited establishments on the continent. Two years later he published his findings in The State of the Prisons in England and Wales, together with an account of Foreign Prisons. These reports made for depressing reading. Then in 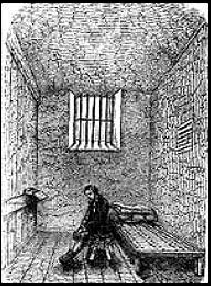 1779, anxious to assist in the rehabilitation of prisoners, he played a part in persuading parliament to authorise the provision of two special units where, by supervised labour and religious instruction, prisoners could be encouraged to change their ways. But despite these good intentions, this act, like those of 1774, was never strictly enforced. However, his work to improve prison conditions was continued, and is conducted today by the Howard League for Penal Reform.

xxxxxHe spent the last years of his life travelling on the continent, attempting to find the means of limiting the spread of contagious diseases. In 1786 he deliberately boarded a ship full of sickness and travelled from Smyrna to Venice to gain firsthand knowledge of lazarettos - quarantine stations. He gave his report in An Account of the Principal Lazarettos in Europe, published in 1789. It was while visiting a military hospital at Kherson in the Ukraine the following year that he contracted typhus fever and died of the disease, aged 64.

xxxxxAs we shall see, Howard’s work towards prison reform was ably continued by the English Quaker Elizabeth Fry. After visiting Newgate prison, London, in 1813 (G3c), she devoted most of her life to fighting for better conditions in penal institutions, particularly with regard to the treatment of women prisoners.