xxxxxLa Pléiade was a group of seven French poets who aimed to break away from the tradition of medieval poetry and return to the inspiration and language of the classical writers. In 1549 a prominent member, Joachim Du Bellay, set out these aims in his The Defence and Glorification of the French Language and followed this with The Olive, a collection of love sonnets after the style of the Italian poet Petrarch. Du Bellay, who joined the group after meeting Pierre de Ronsard in 1544, also wrote Roman Antiquities, a work lamenting the passing of the glories of antiquity, and Regrets, a collection of sonnets in which he criticised the Rome of his day. 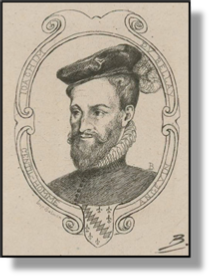 xxxxxLa Pléiade was a group of seven French poets whose aim was to break away from the tradition of medieval poetry and, in keeping with the spirit of the Renaissance, to return for inspiration and, indeed, language, to the classical works of the Greeks and Romans. The poet and prose writer Du Bellay, a prominent member of the seven, wrote his The Defence and Glorification of the French Language in 1549 in order to set out the views of this new poetic group. The name is derived from the Pleiades, a cluster of seven stars in the constellation Taurus represented as the Seven Sisters of Greek mythology. In the same year he also published The Olive, a collection of 115 love sonnets after the style of the Italian poet Petrarch. 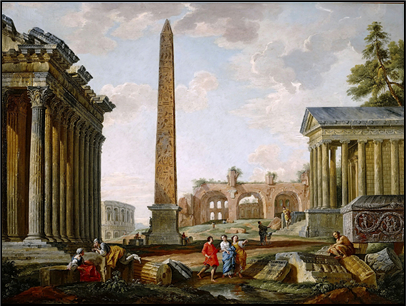 xxxxxDu Bellay was born of a noble family residing in the Loire valley. He studied law and the humanities in Poitiers and Paris, and on meeting Pierre de Ronsard in 1544, joined La Pléiade and became its chief apologist. His other major works, published in 1558, were Roman Antiquities, in which he laments the passing of the glories of ancient Rome, and, in the same year, his Regrets, a collection of sonnets which, by way of contrast, satirises the corruption prevalent in the Rome of his day. His poems, harping back as they do to what he considers to be the lost grandeur of the classical age, tend to be sombre in tone. And despite his admiration for the purity of the classical languages, he did encourage the coining of new French words and, in his work, was prepared to use words and expressions from provincial dialects.

xxxxxIncidentally, in 1591 the English poet Edmund Spenser translated Du Bellay's Roman Antiquities under the title The Ruins of Rome.

xxxxxThe leader of La Pléiade was the French Renaissance poet Pierre de Ronsard (1524-85). He formed the group in Paris in 1544 while studying classical literature along with Du Bellay. His work, much influenced by classical writings, included The Loves of Cassandra, modelled on the style of Plutarch, his Odes in the style of the poets Pindar and Horace, and his Sonnets to Helen, his best known love poems. 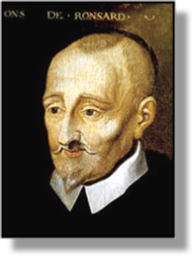 xxxxxThe leader of La Pléiade was Pierre de Ronsard (1524-1585), one of the most outstanding poets of the French Renaissance. Born near Vendôme, he went to Paris in 1544 and it was there that he formed The Pléiade and studied classical literature along with Du Bellay. To this reign belongs one of his best known works, The Loves of Cassandra, modelled on the style of Plutarch. The first volume was completed in 1553 and brought him instant fame. His reading of the classical writers gave fresh feeling and emotion to his poems, and a greater sensitivity towards nature. 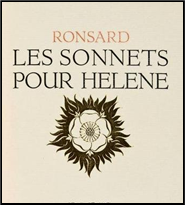 xxxxxEarlier in 1550 he wrote his five volumes of Odes, poems influenced by the Greek poet Pindar and the Roman poet Horace. Later works included Les Discours, poems on the French Wars of Religion, Sonnets to Helen, his best known love poems, and his La Franciade, an epic on the origins of the French nation which was left unfinished. On friendly terms with his king and benefactor, Charles IX, he was one time known as the "Prince of Poets". However, with the death of Charles IX in 1574 he fell out of favour. He was asked to leave the Court and spent his last years in his native Vendôme.