xxxxxThe French dramatist Pierre de Beaumarchais is famous for his two comedies of intrigue, The Barber of Seville of 1775 and The Marriage of Figaro, produced in 1778 but banned from showing until 1784. Both are witty, satirical plays, full of amusing incident, and both have as their central character the lovable Figaro, the scheming, resourceful man-servant who always gets the better of his aristocratic masters. Both plays, but notably the second one, were seen by some as an attack on the ruling classes, the first murmurs of dissent against the established order. Later, the Austrian composer Mozart made an opera of The Marriage of Figaro, and the Italian composer, Rossini, one of The Barber of Seville. Beaumarchais also took an active part in public affairs. As a trusted member of the royal court he was sent on secret missions, and, as a champion of the rebel cause in the American colonies, money was sent via him to provide arms and ammunition. He also edited the works of the French writer Voltaire, using a printing press which once belonged to the English printer and type designer John Baskerville. 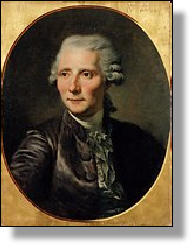 xxxxxThe French dramatist Pierre de Beaumarchais owes his literary fame to his two great comedies of intrigue, The Barber of Seville, which appeared in 1775, and The Marriage of Figaro, produced three years later. Both have as their central character the man-servant Figaro, a resourceful, cunning rogue of a fellow who dares and wins by his audacity and deception. Both plays proved popular in their day, but the story lines in general and the lovable Figaro in particular were brought to a much wider audience when they were made into popular operas by the Austrian composer Wolfgang Amadeus Mozart - The Marriage of Figaro in 1786 -, and the Italian composer Gioacchino Rossini - The Barber of Seville in 1816. 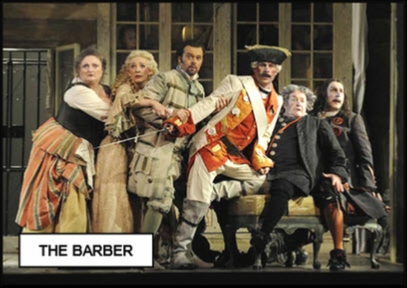 xxxxxThese social satires were witty, light and elegant in style, and they restored laughter to the French stage. Their comic situations and amusing plots - clearly influenced by the works of Molière - seemed harmless enough, but they had a sting in their tales, especially so in the case of The Marriage of Figaro. In turning the spotlight upon the privileged classes there was, just beneath the surface, a subtle but bubbling undercurrent against the established order. It was, perhaps a movement reflecting the general resentment then beginning to build up against the ruling classes in the years leading up to the French Revolution. The lovable Figaro, the gentleman’s gentleman, by his intrigue and cunning, represented, in a way, the triumph of the slave over his master, or, in the France of his day, the peasant over the nobility. It is hardly surprising, therefore, that in 1778 Louis XVI should put a ban on the performance of The Marriage of Figaro. It did not reappear until 1784. 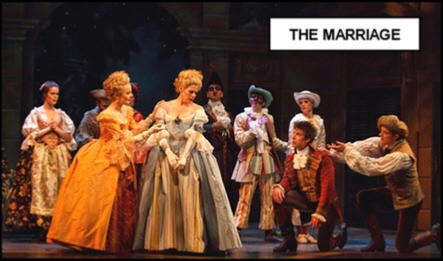 xxxxxWith an ever ready eye for the good chance, Beaumarchais was something of a Figaro himself. He was born Pierre-Augustin Caron, the son of a Paris watchmaker. He followed in his father’s trade, and it was as a watchmaker that he gained entry to the court of the king, Louis XV. There he became a court favourite and taught music to the king’s daughters . In 1756 he married the widow of a court official, and it was a year later that he took on the name Beaumarchais. In the years to come, as a trusted servant of the crown, he was employed on secret state missions. And during the American War of Independence he was an enthusiastic supporter of the rebels’ cause. In the opening years of the war, trading under the cover of a fake business called “Hortales & Compagnie”, and with the assistance of Benjamin Franklin and others, he sent out a vast amount of money for the purchase of arms and ammunition.

xxxxxAnd all this was in addition to his literary work. Apart from his two comedies, in 1777 he established La Société des Auteurs Dramatiques, the first society for the protection of dramatists’ rights, and over five years (1784-1789) he edited and published the works of Voltaire. To accomplish this mammoth task, running to 70 volumes, he bought the necessary printing equipment from the widow of the English typographer John Baskerville.

xxxxxWith the coming of the French Revolution, his wealth, together with his earlier work in the service of the monarchy, hardly went in his favour. He was accused of treason in 1792, but released, so it would seem, through the intervention of a former mistress. He then took refuge in Holland and England, but returned to Paris in 1796, three years before his death.

xxxxxBy 1757 the English printer John Baskerville (1706-75) had developed a bold and beautifully proportioned typeface, enhanced by the use of a glossy paper, a dense black ink of his own making, and an improved layout. On the strength of this "Baskerville" type he became printer to Cambridge University, and it was there in 1763 that he produced his masterpiece, an edition of the bible. He printed more than 50 productions in all, but when he died his press and types were bought up by Beaumarchais. Today, this type, which produced some of the finest examples of printing in the 18th century, continues to be widely used. 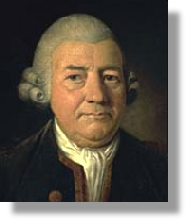 xxxxxThe English printer John Baskerville (1706-75) was born at Wolverly in Worcestershire. He began working in Birmingham and, having made a profit from a varnishing business, he found time to experiment with different typefaces. By 1757 he had developed an unusually bold and beautifully proportioned typeface, enhanced by the use of a glossy paper, a dense black ink of his own making, and an improved layout. He printed editions of Virgil and John Milton in this “Baskerville type”, and, on the strength of these works, he was appointed printer to the University of Cambridge. For the university he produced an edition of the Bible in 1763, considered his masterpiece, and a series of editions of Latin authors. In all he printed more than 50 productions. 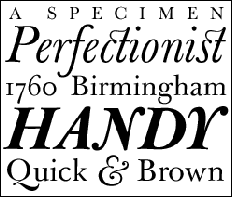 xxxxxThe type was particularly admired on the continent and in North America. For reasons not clear, however, it did not find so much favour in England, and so it was that, after Baskerville’s death, Beaumarchais was able to buy up his printing equipment together with his types. Much later, in 1917 in fact, the punches and matrices came to light, and they were presented to Cambridge University. Some of his work is now considered amongst the finest examples of printing in the 18th century, and the type itself is much in use today.

xxxxxAnother master printer at this time was the Italian Giambattista Bodoni (1740-1813). From 1768 onwards he greatly improved the existing typefaces, making a greater distinction between the thin and thick strokes. One of these types is named after him and is in general use today. He produced some fine editions of classical works, and wrote an Inventory of Types which contained examples of nearly 300 different typefaces. His Lord's Prayer was printed in no less than 155 languages. 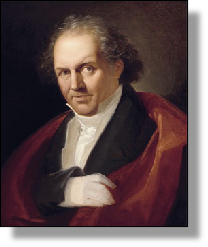 xxxxxAnother master printer and type designer at this time was the Italian Giambattista Bodoni (1740-1813). In 1768 he was put in charge of the Duke of Parma's printing house. There, he improved on existing typefaces, making a greater distinction between thick and thin strokes, and produced some fine editions of classical works, including the writings of Horace and Virgil, and Homer's Iliad. His types proved popular throughout Europe, and he later published his Inventory of Types, a manual providing examples of nearly 300

roman and italic typefaces. He became particularly well known for his edition of the Lord’s Prayer, printed in no less than 155 languages, and towards the end of his life Napoleon granted him a pension. One of the typefaces he designed now bears his name and is widely used.