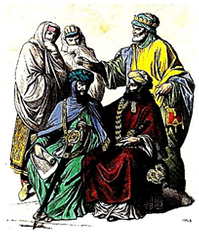 xxxxxThe Muslims of north-west Africa, generally called the Moors, invaded Spain in the 8th century and, quickly defeating the Visigoths, were soon masters of all but small areas of the Iberian peninsula. Not surprisingly, however, they found the northern areas rather uninviting and settled mostly in the rich lands of the sunny south, an area they named al-Andalus. Here, notably in their capital of Cordoba, they established a civilisation well in advance of their Christian neighbours further north.

xxxxxMeanwhile, in northern Spain, where there was little Muslim presence, a number of small Christian kingdoms were established, like Navarre, Castile, Aragon and Leon. These developed to such an extent that during his reign (1000-35), the powerful king of Navarre, Sancho III, took control of all these kingdoms and became master of Christian Spain. This "empire" disintegrated on his death, but the desire on the part of the Christians to extend their domain southwards remained ever strong. 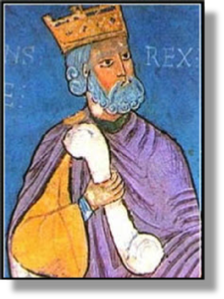 xxxxxThe first ruler to add action to desire was Alfonso VI of Leon and Castile (illustrated). In 1085 he attacked and captured from the Moors the ancient Visigoth capital of Toledo. This victory, no mean feat, advanced his frontier up to the River Tagus in the centre of the Iberian peninsula. But his success was short-lived. The following year the Almoravids, a fresh wave of Muslim invaders from North Africa, defeated his Christian army at the Battle of Zalaca in 1086.

xxxxxThe taking of Toledo by Alfonso VI, appropriately nicknamed "The Brave", was a decisive event in that it marked the beginning of the Christian fight-back. It was to be many years - more than 400 years in fact - before the Christian re-conquest of Spain was complete, but the first attempt had been made and, as we shall see, this was quickly followed by the exploits of the Spanish national hero El Cid in 1094 (W2). 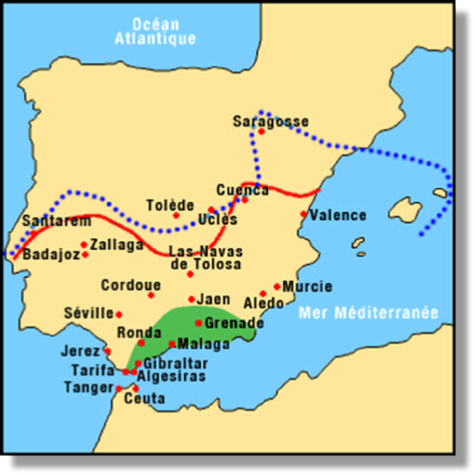 xxxxxHaving defeated the Christians at the Battle of Zalaca, the Almoravids pushed deep into the Iberian peninsula, taking over the areas occupied earlier by the Moors. They met some opposition, but it was to be some 400 years before the Arabs - a civilising influence in many ways - were finally expelled from Spain. The map here shows just how far north they reached.

xxxxxThe Almoravids fell from power around 1180, but, as we shall see, they were replaced by an even more fanatical Muslim people from North Africa, the Almohads. The red line shows the extent of their Empire. However, the tide eventually turned in favour of the Christian forces. The green area marks the territory still held by the Muslims at the end of the Almohad dynasty around 1215.

xxxxxThe Moors, Muslim Arabs from north-west Africa, invaded Spain in the 8th century. Quickly defeating the Visigoths, they settled in the sunny south, establishing an advanced civilisation centred on their capital Cordoba. In the north a number of Christian kingdoms emerged - such as Navarre, Castile, Aragon and Leon - and these aimed to regain their lost land. In 1085 Alfonso VI of Leon and Castile gained a major victory with the capture of the ancient city of Toledo, but his success was short lived. In 1086 a fresh wave of Muslims, the Almoravids, swept into Spain and his army was defeated at the Battle of Zalaca in 1086. Nonetheless, Alfonso's campaign marked the beginning of a come-back. As we shall see, the fight was taken up by Spain's legendary hero, El Cid in 1094 (W2).