xxxxxAfter the death of the Turkoman Mongol leader Tamerlane in 1405, Babur, as we have seen (1526 H8), emerged as the first Mughal Emperor. On his death in 1530, his 13-year old grandson Akbar eventually came to the throne in 1556. After his regent had put down a Hindu revolt at the second Battle of Panipat, Akbar took over command in 1560 and, as we shall see (1576 L1), firmly established the dynasty, extending his control over much of the Indian sub-continent. 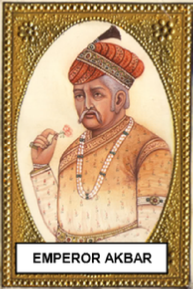 xxxxxThe Turkoman Mongol leader Tamerlane died in 1405, and his vast lands, spreading over much of the Middle East and southern Asia, were divided among his sons and grandsons. The inevitable feuding and fighting followed but, as we have seen (1526 H8), it was his great grandson, Babur (meaning "Tiger" in Arabic) who emerged as a leader of distinction. After establishing a kingdom in Afghanistan centred around Kabul, in 1525, after a number of unsuccessful attempts, his forces broke out into the Punjab and defeated the Sultan of Delhi at the Battle of Panipat. A few days later Babur captured Delhi and Agra and became the first in a line of Indian emperors known as the Great Mughals. Having set up his court at Agra, he spent the last four years of his life conquering northern India as far as Bengal.

xxxxxHis son, Humayun struggled to maintain order against the machinations of his three brothers and the intrigue of his generals, and at one time he was forced into exile in Persia. He returned in 1555 but died within a year. In 1556, however, with the coming of his son Akbar - later to be known as "The Great" - the dynasty was firmly re-established in India. Onxhis accession at the age of thirteen his future did not look promising. He was at once faced with a Hindu revolt, but a disciplined Mughal force of no more than 25,000 men, assembled by the Regent, Bairam Khan, took on the rebel army, some 100,000 strong, and totally defeated it at the second Battle of Panipat in 1556.

xxxxxThus confirmed as Emperor, Akbar took over the reins of government in 1560 and, as we shall see (1576 L1), gradually extended his rule throughout much of the Indian subcontinent, winning over the conquered peoples by a firm but basically just rule, based on a central administration. The introduction of a well-organised and stable government, together with his patronage of the arts, make his long reign one of the most successful in the history of the Mughals. Indeed, some historians regard Akbar as the true founder of that dynasty. 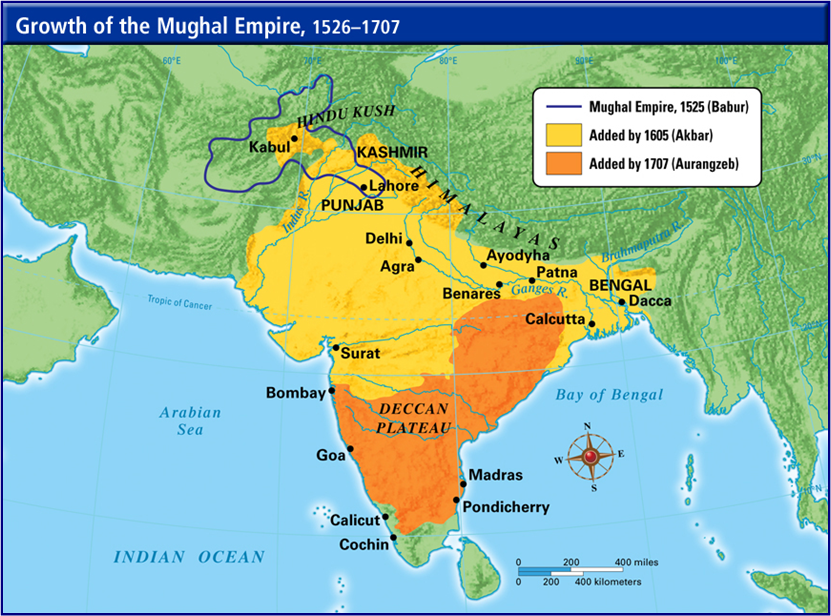