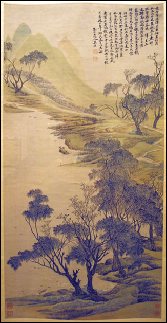 xxxxxPinyin Wu Li was one of a number of talented artists belonging to the early Ch’ing period in China. As a cultured member of the orthodox school of what was termed “literati painting” (wen-jen-hua), he revealed his own private vision in his painting, rather than producing work that was simply pleasing to the eye, as the “professional” artist sought to do.

xxxxxHe became a convert to Roman Catholicism, and in 1681 journeyed to Macao Island, where he joined the Jesuit order. He was ordained as a priest seven years later with the name Acunha, and began work as a missionary in Kiangsu. During his work and travels he saw many paintings and prints from Western art, but he kept all his work within the Chinese tradition. As a scholar-painter he led a quiet life, espousing the Confucian virtues befitting the cultured amateur of the literati tradition. He studied under Wang Shih-min, and numbered among his friends the painters Wang Chien and Wang Hui. 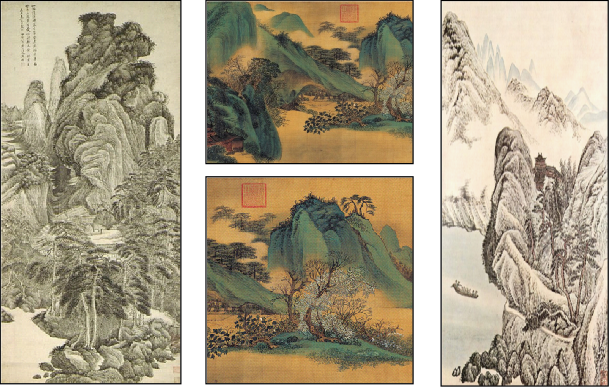