xxxxxAs we have seen, Clive’s victory at the Battle of Plassey in 1757 was the first and very significant step towards British rule of the whole of the sub-continent. After failing to take Madras, the new French commander, Count de Lally, attempted to recover the fort of Wandiwash near Pondicherry, but in 1760 his army was routed by a British force led by the Irish general Sir Eyre Coote. This, together with the fall of Pondicherry in January 1761, marked the end of French dominion in India. As we shall see, the Treaty of Paris in 1763 (G3a) brought an end to the Seven Years’ War. The way was now clear for British control of this vast sub-continent, but, as we shall see, not before a series of wars against the Maratha and the state of Mysore, The first of these conflicts - the First Anglo-Maratha War - began in 1775 (G3a). 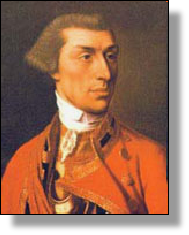 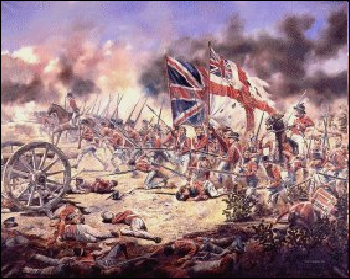 xxxxxIf the victory cunningly achieved by Robert Clive at the Battle of Plassey in 1757 weakened French hopes of maintaining a firm footing in India, the Battle of Wandiwash, three years later (1760) put an end to them altogether. It proved, in fact, the decisive conflict in the Anglo-French struggle for southern India. No longer would France be a rival to British ambitions on the sub-continent, a fact confirmed by the inevitable capture of Pondicherry which followed in January 1761. 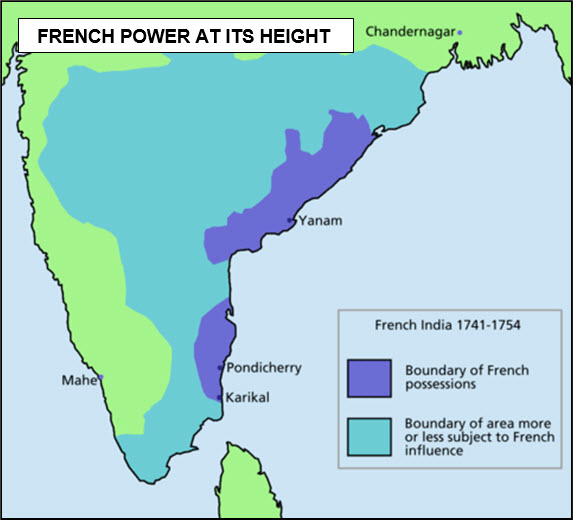 xxxxxIt was at the beginning of 1760 that the French commander, Count de Lally having failed to take Madras, attempted to recover the fort of Wandiwash, near Pondicherry. There was, in fact, little going in his favour. The French fleet had withdrawn, supplies were very low, and he had insufficient money with which to purchase Indian allies. In January his army of some 2,000 men was set upon by a slightly smaller British force under the command of the Irish general Sir Eyre Coote (illustrated above). In the ensuing battle the French were routed and one of their best generals, the Marquis de Bussy, was captured. They withdrew to their trading station at Pondicherry where, after a siege lasting some eight months, they were forced to surrender. It was a humiliating ending for French endeavours in India, and for it Lally paid the supreme price. On returning to France, he was tried in Paris for dereliction of duty, found guilty, and executed.

xxxxxAs we shall see, the Treaty of Paris in 1763 (G3a) brought an end to the Seven Years’ War. With the French gone and the Mughal empire falling apart at the seams, British rule over this vast sub-continent of India became a distinct possibility, but it was not to be achieved before a series of wars against the Maratha and the state of Mysore. The first of these conflicts was to be the First Anglo-Maratha War, beginning in 1775 (G3a).