xxxxxThe English mathematician John Wallis is best known for the advances he made in the development of algebra and analytical geometry. His first major treatise was The Arithmethic of Infinities produced in 1656 in which he introduced the symbol for infinity, but in the 1690s he published his Opera Mathematica and this contained all his mathematical and scientific works. During the Commonwealth he was professor of geometry at Oxford, and later he was employed by Charles II and William III. He spent much of his working life in bitter disputes with his learned contemporaries, either on his findings or the methods he employed. Among those with whom he quarrelled were Christiaan Huygens, René Descartes and Thomas Hobbes, his exchanges with the last named being particularly acrimonious. This aside, his work was of immense value to Isaac Newton in his discovery of differential and integral calculus. 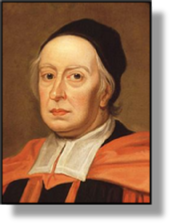 xxxxxThe English mathematician John Wallis is best remembered for the fundamental advances he made in the development of algebra and analytical geometry. His The Arithmetic of Infinities of 1656 - in which he introduced the symbol for infinity - was the first major work on mathematics to be published in England. Likewise his later treatises, Mechanics, completed in 1671, and Algebra of 1685, broke new ground in both subjects. His works, both mathematical and scientific, were later collected in three volumes and published as the Opera Mathematica during the years 1693 to 1699. 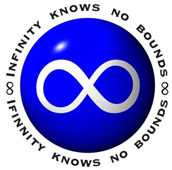 xxxxxHe was born in Ashford Kent, and, after studying at Cambridge, was ordained in the Church of England in 1640. He moved to London in 1645 where, working for Parliament, he was engaged in deciphering coded letters captured from the Royalists. At the beginning of the Commonwealth he became professor of geometry at Oxford and then keeper of the university archives in 1658. Despite his background, at the restoration Charles II chose him as his royal chaplain, and later William III made use of his skills as a decipherer.

xxxxxAs early as 1645 Wallis showed a keen interest in natural and experimental science, attending weekly meetings with those of like-mind. These gatherings eventually led to the formation of the Royal Society, granted a charter by Charles II in 1662. During the Commonwealth he also devoted some time to teaching deaf mutes to speak. His methods, which met with some success, were set out in his Grammatica linguae anglicanae of 1652. In this work he was the first to classify vowels according to their place of articulation - such as dental and bilabial. 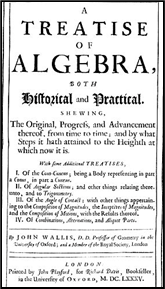 xxxxxMuch of his working life was embittered by tortuous arguments with his contemporaries over the best research method to be adopted, or the accuracy of each other's findings, be it in their mathematical or scientific studies. Among those with whom he had serious disputes were the political philosopher Thomas Hobbes, the Dutch mathematician Christiaan Huygens, and the French philosopher and mathematician René Descartes. As we have seen (1651), his quarrel with Hobbes was particularly acrimonious, and centred for the most part around a difference over approach, with Wallis favouring experimental research and Hobbes the deductive method. At one time Hobbes dismissed The Arithmetic of Infinities as a "scab of symbols", and Willis retorted by accusing Hobbes - without justification - of writing his Leviathan in support of the republican leader Oliver Cromwell, thereby deserting the cause of his royal master in exile, Charles II.

xxxxxBe that as it may, Willis was one of England's most influential mathematicians, and his research, notably that contained in The Arithmetic of Infinities, was to prove of immense value to his fellow countryman Isaac Newton in his discovery of differential and integral calculus.