xxxxxVauban was a famous French military engineer, particularly involved in the wars of Louis XIV. He transformed the conducting of siege warfare and the construction of fortifications into a military science. He worked out plans for attacking fortresses - based on the digging of ditches in a zigzag pattern - and designed forts which were difficult to breach and provided a good arc of fire. Over a career spanning 50 years, he conducted more than 40 successful sieges and built some 300 forts, over half to defend the northern borders of France. Apart from his chain of frontier forts, commenced in 1678, he is particularly remembered for his siege of Maastricht and Valenciennes in the 1670s, and for his capture of Mons and Namur in the 1690s. He saw the need for good roads and canals for the movement of troops, and his innovations on the battlefield included the socket bayonet. 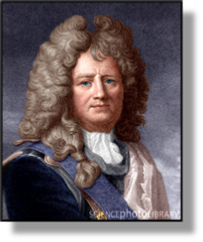 xxxxxSébastien de Vauban was a French soldier - eventually a marshal - who gained widespread fame as a military engineer. Over a career spanning 50 years - which included all of Louis XIV's major wars - he turned the means of conducting siege warfare and the construction of fortifications into a recognised military science. Such was his influence over the coming century that the next big change in warfare came not in the tactics employed - they remained much the same - but in the development of the weapons and means of defence used on the battlefield.

xxxxxHe was born into a noble but modest family, and became a soldier at the age of 18. In 1653, after a short period in the service of the rebel Prince de Condé, he was captured by royalist forces and persuaded to change sides. His success in siege warfare came to the king's notice during the invasion of the Spanish Netherlands, when he played a major part in the capture of Tournai, Douai and, above all, Lille. In 1667, in recognition of his services, he was granted a pension and made governor of the Lille citadel. Five years later he was assigned the task of creating a separate, élite task-force to lead attacks on fortified positions. Further success came in the war against the Dutch, notably at the siege of Maastricht in 1673 and of Valenciennes in 1677, and it was in 1678 that he began to build a chain of 160 fortresses to defend France’s borders. Later he distinguished himself in the War of the Grand Alliance, showing particular skill in the capture of Mons in 1691, and Namur the following year. 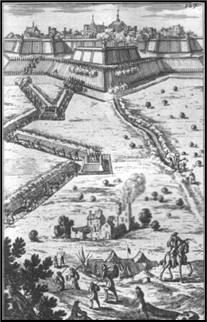 xxxxxIn fact, during his career Vauban conducted more than 40 successful sieges of this kind, using detailed plans he had drawn up for this particular type of warfare. His tactics for breaching a fortress were based on a series of trenches dug towards the ramparts, but laid out in a zigzag pattern to minimise the effect of enemy fire (shown in illustration). This enabled the artillery to be continually moved forward to prepared positions until they came within range of the walls of the fortress. In the meantime, the network of trenches having reached these walls, tunnels were dug underneath them and gunpowder used to create an opening for the storming parties. The trenches made in this operation were known as "saps" - from the French word for "ditch" - and thus the men trained for this task became known as "sappers", a term later adopted by the British.

xxxxxHowever, despite Vauban's record of success in using these tactics, it must be said that over the next hundred years or so fortified positions remained extremely difficult to take, and were more often captured by deception or treachery than by a frontal assault. Indeed, throughout his campaigns, Vauban himself earned an equally deserved reputation for building fortifications of greater strength and endurance. His well-constructed line of fortresses in the Netherlands, for example, built following the war with the Dutch, greatly strengthened the security of France's eastern border. In all he built or reconstructed some 300 fortresses - about half defending the French frontiers - and these included what came to be known as his "star forts" (illustrated below). These were low-lying stone-works with thick, gently sloping walls. This revolutionary design meant that they could hardly be seen at ground level, were extremely difficult to breach, and provided a good arc of fire. Their angled walls, often covered in soft earth, deflected artillery shot, whilst the overall star shape of the fort put the attackers under intensive crossfire if they managed to penetrate beyond the outer defences. And a killing zone of hidden obstacles, set ambushes, and forward patrols awaited the attacker long before the walls could be reached.

xxxxxA visionary in the art of warfare, he also saw the need for an efficient infrastructure, suggesting routes for roads and canals in order to improve the movement of troops. His innovations on the battlefield included the socket bayonet - which enabled the musket to be fired without having to remove the blade - and the introduction of what was called ricochet gunfire in which the cannonball took an erratic course, and was thus liable to hit three or four objectives. He produced a large number of written works on a wide variety of 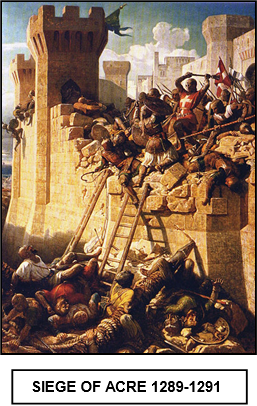 subjects - including overseas colonies and pig farming -, but his major military contribution was his treatise On Siege and Fortification, completed in 1706

xxxxxOne of his books, Project for a Royal Tythe, or General Tax, written in the last year of his life, got him into hot water with the government. Advocating a universal tax which, being universal, provided no exemption for the nobility and the clergy, did not go down too well at court, and publication was banned.

xxxxxIncidentally, Vauban was described by the French soldier and writer Duc de Saint-Simon as "the most honourable and virtuous man of his age". A just comment one might think, because it was Vauban who introduced the humane custom in siege warfare whereby, once the ramparts had been breached, the fortress commander was called upon to surrender in order to save further, unnecessary bloodshed. Needless to say, this custom was not observed in every siege, far from it!