xxxxxTurgenev’s first major work, A Sportsman’s Sketches of 1852, a series of short stories depicting the hard life endured by the peasant worker, played a part in the eventual emancipation of the serfs by Tsar Alexander II in 1861. He wrote a number of love stories dealing with social and political problems, including Rudin, A Nest of the Gentry and On the Eve, and among his most successful plays was A Month in the Country, a study of aristocratic life. His best-known work, Fathers and Sons of 1862, examined the conflict between the older generation, not seeking change, and the younger generation bent on drastic reform. Following the failure of this work, he left Russia, living first in Baden Baden and then in Paris, where he became a member of the literary elite and numbered among his friends the Goncourt brothers, Gustave Flaubert and Émile Zola. Unlike his compatriots Dostoevsky and Tolstoy, he saw no place in literature for searching questions as to the meaning of life. His novels and short stories, set in the provinces, concentrated on the lives of the individuals he created. In so doing, his clear, elegant style, his acute powers of observation, and his penetrating character studies marked him out as one of Russia’s greatest novelists. Turgenev knew the great Leo Tolstoy from the mid-1850s. They were friends for a while, but Tolstoy was a confirmed Slavophile, whereas Turgenev was anxious for Russia to absorb European life-style and culture. Indeed, he lived much of his life in Germany and France, and was the first Russian writer to acquire a European reputation. 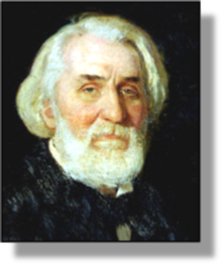 xxxxxTurgenev was born into a wealthy, landowning family at Oryol in the Ukraine. His father, a retired colonel in the imperial cavalry, died when he was sixteen, and he was brought up by his mother, a strict disciplinarian. It was during his childhood at Spasskoye-Lutovinovo, the family estate, that he acquired a love of the countryside and first witnessed the maltreatment and suffering of the peasant worker. His love of nature and his sympathy towards the plight of the serfs were to feature frequently in his writings. Quiet and reserved by nature, he was not a revolutionary, but he saw the need for people of his standing and ability to work towards the betterment of Russia, socially as well as politically.

xxxxxHe attended the universities of Moscow and St. Petersburg, and then in 1838 went on to study philosophy at Berlin. It was here, during what he called his “plunge into the German sea”, that he became convinced that Russia needed to learn from the West. On his return three years later he worked for a short time as a civil servant in St. Petersburg, but he soon turned to writing as a living. He wrote some poetry in the 1840s - notably his long poem Parasha - and during the 1850s produced a number of plays. The finest, A Month in the Country, a psychological study of aristocratic life, was remarkable for its attention to detail and its realistic portrayal of character. 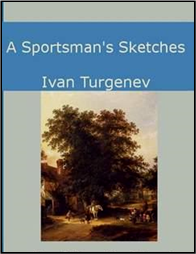 xxxxxFame as a writer came with his series of stories centred around the life of the landowners and their serfs in central Russia. Based on an earlier work entitled Notes of a Hunter, his A Sportsman’s Sketches of 1852 gave a sympathetic, well-observed account of the life of the peasant worker, and drew attention to the brutal treatment he often received at the hand of his master. This work earned him a month’s detention in St. Petersburg and then eighteen months enforced stay at his family estate, but the success of these sketches was undeniable. Together with his Mumu, a powerful indictment of the cruelties of serfdom, written while detained in St. Petersburg, they clearly served to hasten the emancipation of the serfs, decreed by Tsar Alexander II in 1861.

xxxxxA number of novels followed, notable among them being Rudin, A Nest of the Gentry and On the Eve. Depicting for the most part life in the country, they dealt with social and political problems, often by 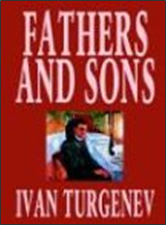 means of a love story, but they never became overtly revolutionary in tone. His masterpiece, Fathers and Sons, published in 1862, took as its hero the nihilist Bazarov, and examined the conflict between the older generation, reluctant to accept reform, and the keen radicalism of the younger generation – hence the title of the novel. It was remarkable for the quality of its character studies and for the depth of its probing, but its account, being well balanced, failed to please the advocates of either persuasion, and the book met with widespread hostility. This, together with quarrels with both Dostoevsky and Tolstoy, was partly the reason why Turgenev decided to leave Russia and settle in Baden Baden in southern Germany.

xxxxxWhen the Franco-Prussian War broke out in 1870, he moved to London, but settled in Paris the following year. It was there as a respected member of the literary elite that he lived until his death in 1883. Among his many acquaintances were the writers George Sand, the Goncourt brothers, Guy de Maupassant, Émile Zola and Gustave Flaubert, a man with whom he formed a close friendship. During this period he received a number of honours, including an honorary degree from Oxford University. He died at Bougival, near Paris, but his remains were taken to Russia and buried in the Volkoff cemetery in St. Petersburg.

xxxxxWorthy of special mention among Turgenev’s other works were the novels Smoke and Virgin Soil, and the short stories First Love and Torrents of Spring, centred around love affairs - as was much of

his fiction - and with moving descriptions of the Russian countryside. And noteworthy, too, was his essay entitled Hamlet and Don Quixote, delivered at a public reading in St. Petersburg in 1860, an illuminating study of two eternal heroes, one who knows he is weak, and one who thinks he is strong.

xxxxxTurgenev’s literary achievements were somewhat overshadowed in his day by the prominence given to the works of his highly talented contemporaries Dostoevsky and Tolstoy. In many respects, however, his novels were better balanced in their overall appraisal of high society and the plight of the downtrodden peasant, seen in a provincial setting. He was wholly concerned with the lives of the individuals he created, and saw no place in literature for a penetrating and often intrusive study of matters relating to the meaning of life. This objectivity, together with his clear, elegant style, his acute powers of description, and his brilliant character formation, made him one of Russia’s greatest novelists.

xxxxxTurgenev knew the great Leo Tolstoy from the mid-1850s and much admired his work. Though friends for a while, they fell out in 1861 and were not reconciled for some  seventeen years. The split was really not surprising because, ideologically, they were poles apart. Unlike Tolstoy, a confirmed Slavophile who wished to preserve intact the Russian way of life - Turgenev, a so-called “Westernizer” and a member of the bohemian intelligentsia, was anxious for Russia to absorb the best aspects of European life-style and culture. Indeed, he lived much of his life in Germany and France, and was the 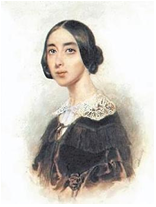 xxxxxIncidentally, Turgenev’sxmove to Baden-Baden following the failure of his work Fathers and Sons was also motivated by his love for a married woman, the celebrated opera singer Pauline Viardot (illustrated). She had moved to Baden-Baden, and he wished to be near her. The depth of their relationship is not known, but he lived with the Viardots when they settled in Paris soon after the end of the Franco-Prussian War in 1871. ……

xxxxx……   On his deathbed Turgenev, now reconciled with his old friend Tolstoy, called upon him to cast off his prophet’s mantle and return to writing fiction. It was perhaps in response to this plea that Tolstoy went on to write such works as The Death of Ivan Ilych and The Kreutzer Sonata, and produced his first play The Power of Darkness. ……

xxxxx…….  All he wanted on his gravestone, Turgenev once said, was an acknowledgment that his book A Sportsman’s Sketches helped towards the liberation of the peasant worker. The value of these short stories in that respect is not really in doubt. Indeed, it has been suggested that they had as great an impact on the emancipation of the serfs as Uncle Tom’s Cabin of 1852 - the work of Harriet Beecher Stowe - had upon the abolition of slavery in the United States.