xxxxxIn 1740 one of the first serious studies of Stonehenge was made by the English antiquarian William Stukeley. He also made a similar study of Avebury three years later, and concluded, wrongly, that both stone circles had been built by the Druids (Celtic priests) to serve as temples. At Stonehenge, however, he did notice that the principal axis of the monument was oriented to the direction of the sunrise at the summer solstice (21st June). 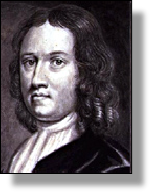 xxxxxOne of the earliest and accurate observations of the great stone circles at Stonehenge and Avebury were made by the English antiquarian William Stukeley. He made his field surveys in 1740 and 1743 respectively and, in the case of Stonehenge, was one of the first to note that the principal axis of the monument was oriented to the direction of the sunrise at the summer solstice (21st June).

xxxxxStukeley was born in Holbeach, Lincolnshire, and trained as a physician. He was deeply interested, however, in archaeology, and, apart from the study of Stonehenge and Avebury, he travelled extensively to increase his knowledge in this field. A record of these travels is contained in his work Itinerarium Curiosum (Observant Itinerary). Written in 1724, this included plans of Gothic buildings.

xxxxxUnfortunately, Doctor Stukeley was an eccentric by nature and a romantic at heart and, to say the least, this combination tended to distort his judgement. Concerning Stonehenge and Avebury, it was he who originated the popular belief that both these stone circles were built by the Druids (Celtic priests) to serve as temples, an idea which persisted into the 18th century, long after the theory had been rejected by all authorities. And on no basis whatsoever save a pedigree that he himself had compiled, he doggedly held that Robin Hood was, in fact, an historical figure who lived in the reign of Richard I.

xxxxxFurthermore, he also has the dubious distinction of being the man who was totally duped by an English forger named Charles Bertram (1723-1765). In 1746 he produced an account of Roman Britain by an imaginary monk called "Richard of Westminster". Stukeley identified the monk as the chronicler Richard of Cirencester - who had in fact lived at Westminster in the 14th century - and this gave credence to his forgery. The "story" was published amid genuine historical accounts, and managed to fool historians of Roman Britain into the 20th century! 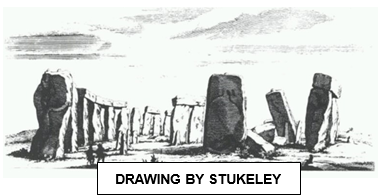 xxxxxStonehenge, the most famous prehistoric megalith in Europe is situated about eight miles north of Salisbury in Wiltshire, England. It dates from about 2000 BC and, originally consisted of a circle of 30 sandstone uprights, capped by a continuous ring of sandstone lintels. There is also an inner circle of stones and a horseshoe arrangement, built of bluestones brought from Pembrokeshire, Wales. It was used as a ceremonial or religious centre, and it is possible that at one time it served as an observatory. The principal axis of the stone circle is orientated towards the sunrise at the time of the summer solstice. A Druid ceremony is held there on that occasion, though the monument itself is much older than Druidism - the religion of the Celtic peoples.

xxxxxIncidentally, the name druid may derive from daur, the Celtic word for the oak tree. It is known that the Druids regarded the oak tree as sacred, and that part of their ritual was cutting mistletoe from it with a golden sickle. ……

xxxxx…… In the late 1870s the English archaeologist and Egyptologist Flinders Petrie made a special study of Stonehenge and published a book entitled Stonehenge: Plans, Description and Theories in 1880. 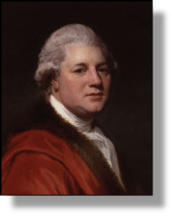 xxxxxCharles Bertram, the man who duped Stukeley, was not the only forger about at this time. The Scottish poet and scholar James Macpherson (1736-96), also attempted to deceive, though there may have been an element of truth in his deception. He began his controversial career in the early 1760s with his publication of Fragments of Ancient Poetry Translated from the Gallic or Erse Language and two epic poems entitled Fingal and Temora. Hexclaimed that much of this poetry was a direct translation from works by the 3rd century Gaelic bard Ossian. Many accepted these poems as genuine, but there were others, notably the writers Samuel Johnson, James Boswell and Edward Gibbon, who regarded them as forgeries and said so. 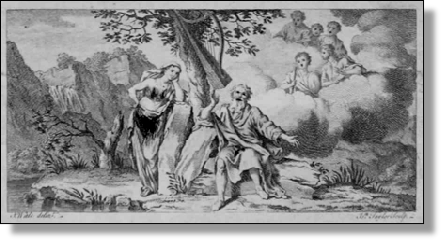 xxxxxAfter many years of bitter controversy, stretching well into the 19th century, the general conclusion was that the poems were a mixture of extracts taken from genuine early Scottish and Irish ballads, and that they had been cleverly edited and “doctored” by Macpherson. Genuine or not, these “works of Ossian”, a cycle of heroic, romantic tales in a world of gloom and fantasy, played their part in the emergence of the romantic movement, and were much admired by the French military and political leader Napoleon Bonaparte. He commissioned his official painter, François Gérard, to provide decorations on the theme of Ossian for his home in Malmaison, and, so it would seem, he took an illustrated copy of Fingal on all his campaigns.