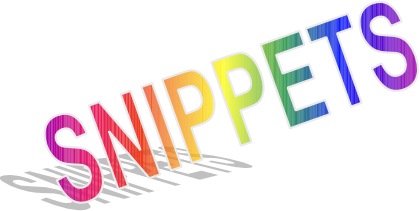 The first fuchsia plants arrive in Europe from Peru in 1788.

Chrysanthemums from the Orient come over the following year.

Inx1789 the Brandenburg Gate in Berlin is completed by the

Propylaea, the entrance gateway to the Acropolis in Athens. 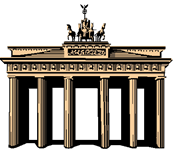 White House: sketch by the American amateur architect Samuel Blodget Jr. (1757-1814), c1800. Considered to be in the public domain – http://mrstoneshistory.wikispaces.com

In 1785 the English physician William Withering (1741-1799) gives an account of the medical uses of digitalis, made from the dried leaves of the common foxglove.

A collection of amusing far-fetched tales is published in 1785.

The Marylebone Cricket Club (MCC) is established in London in

1787 with its headquarters at Lord’s Cricket Ground (named after

its founder Thomas Lord). It begins to set out the laws of cricket.

1790 The French adopt the decimal system of weights and measures.

The first machine able to produce a continuous sheet of paper is invented by the French mill-owner Louis Robert (1761-1828) in 1798. It is improved 6 years later by the English engineer and inventor Bryan Donkin (1768-1855).

In 1792 the United States adopts the dollar as its unit of currency. The name

derives from the German silver coin the taler (via daler and dalar), first struck

However, some claim that a General Abner Doubleday

Onexof the first games of

, described as early as

Inx1788 the London newspaper The Daily Universal Register, founded by John Walter in 1785, is

, and earns the title “The Thunderer”. The Observer is founded 3 years later.

1792 The French engineer Claude Chappe (1763-1805) invents a mechanical method to send messages by means of semaphore (Greek for “bearing a sign”). For this purpose 32 towers are built between Paris and Lille.

begins to put an end to powdered hair.

whilst in France the

1801 The Union Jack becomes the official flag of the United Kingdom and the first population census is held in Great Britain and France.

In 1802 the German chemist Franz Achard

sugar beet from beetroot. The results were not

encouraging, however, and it was ten years before

the industry was successfully established, this time

in France with the support of Napoleon.

In Washington, work is completed on the “executive mansion”,

The White House, in 1800, but building continues on the Capitol, the meeting place of the U.S. Congress. Both are badly damaged in the War of 1812.