England and keeps the title for fifteen years. At this time,

no gloves were worn and there were no rules to follow!

by a central heating system based on hot water.

In 1718 work begins on the founding of New Orleans, the home of modern jazz.

In 1719 Liechtenstein becomes a principality as part of the

Holy Roman Empire. It gains its full independence in 1866.

Wallpaper becomes fashionable in England around 1720.

ThexThree Choirs Festival is founded in 1724 and

continues to be held annually and in rotation at the

cathedrals of Gloucester, Worcester and Hereford.

after making four spectacular escapes from London prisons. It is said

that 200,000 people witnessed his hanging at Tyburn in the November.

ThexSpanish Steps, a famous feature in Rome, are completed in 1725.

They are, in fact, French in design but are called "Spanish" because the Spanish Embassy happened to move onto the square at that time!

road in the Scottish Highlands, completing the work in 1737. 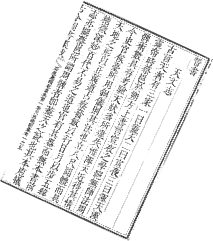 Around this time the Earl of Sandwich has sliced meat and bread brought to him at the gaming table so that his gambling is not interrupted. The humble

"sandwich" is born and is soon a popular "fast food" in Europe and America. 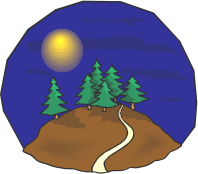 1726 sees the publication of the Gujin Tushu Jicheng, a vast Chinese encyclopaedia containing “The Complete Collection of Illustrations and Writings from the Earliest to Current Times”. Containing some 800,000 pages (one here illustrated!) it covers a large number of topics, including astronomy, geography, history, literature and politics. Compiled over many years, it was mainly the work of two outstanding scholars, Chen Menglei and,

later, Jiang Tingxi. About sixty copies were made.