xxxxxAs we have seen, in the First Opium War of 1839 the British kept open their opium trade with China and, by the Treaty of Nanking, gained the use of five treaty ports and the island of Hong Kong. Other Western nations soon extracted their own trade privileges. The Second Opium War started in 1856 while the Taiping Rebellion, a ferocious peasant revolt, raged over southern China. Taking advantage of this uprising, the British, joined by the French, again attacked the Chinese in order to gain further trade concessions. They quickly seized Canton and Tientsin, and then forced the Chinese to make peace in 1860 by marching on Peking, driving out the emperor, and burning down his Summer Palace. By the Tientsin Treaties, France and Britain, together with Russia and America, gained the use of more Chinese ports, and the opium trade with China was made legal. Soon other European nations were gaining similar privileges. 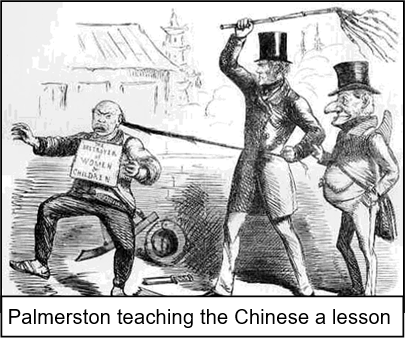 xxxxxAs we have seen, the First Opium War of 1839 came about following the Chinese government’s determination to clamp down on the import of opium from India. Laudable though this might seem, this seriously threatened British trade with China because the British East India Company paid for Chinese goods - such as silk, porcelain and tea - by means of opium, transported from India. To keep this trade open the British government sent a naval expedition to China and quickly brought the Manchu government to heel. By the Treaty of Nanking of 1842 the British acquired the island of Hong Kong, the use of five treaty ports, and special protection for its nationals living in China. Soon other Western nations were extracting similar privileges.

xxxxxThe Second Opium War began in 1856 at a time when China was engulfed in the Taiping Rebellion, a huge peasant revolt with religious overtones which, beginning in 1850, had swept across the south of the country and captured Nanjing, making it the capital of its “Heavenly Kingdom of Peace”. Doubtless wishing to profit from this enormous upheaval and gain further trade concessions, both Britain and France complained about further Chinese resistance to the opium trade - notably at the port of Canton - and sought sufficient cause or excuse to go to war. For the British this was the “Arrow incident” of October 1856 when the Canton police boarded a British-registered ship named the Arrow and arrested the Chinese crew for smuggling. For the French it was the alleged execution of a French missionary by Chinese officials in the province of Kwangsi.

xxxxxIt was on the strength of these injustices that the British and French mounted an attack on China. The war, sometimes known as the “Arrow War” or the Anglo-French War, was quickly over, or so it seemed. A joint Anglo-French force occupied Canton towards the end of 1857, and by March the following year had seized the city of Tientsin, a stronghold some sixty miles south-east of Peking. To stop their advance, the Chinese were obliged to sign the Treaties of Tientsin in June of 1858 and, later in the year, to agree to legalise the import of opium. However, the Chinese refused to ratify these treaties and the negotiating party, making its way to Peking, was heavily bombarded as it passed the fort at Ta-ku. Asxa result, in 1860 an allied force marched on the Chinese capital, drove out the emperor Hsien-feng, and destroyed his famous Summer Palace in the October. This forced the Chinese to sign the Peking Convention, agreeing to accept the terms earlier proposed by the treaties of Tientsin in 1858. 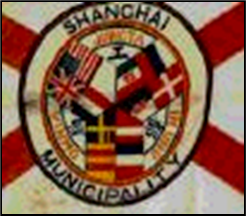 xxxxxThe Tientsin Treaties were a series of agreements between China and France, Britain, Russia and America. The last two countries had taken no active part in the war, but had opened up negotiations with the Chinese while it was in progress, thereby gaining the terms which France and Britain had secured by force. By this set of “unequal” treaties, eleven more ports were opened to Western trade, residence was provided in Peking for foreign envoys, foreign travel was allowed into the interior of China, and Christian missionaries were given freedom of movement. In addition, the import of opium was made legal - a move that the Chinese had tried hard not to concede - and Britain extended its control over Hong Kong harbour by gaining part of the Kowloon Peninsula to the north. And, as we shall see, further gains in this area were to come in 1898 (Vc).

xxxxxThe two Opium Wars were major events in bringing China deeper into the affairs of the Western World. Indeed, within a few years of the Treaties of Tientsin a large number of European powers, including Germany, Italy, The Netherlands and Austria-Hungary, had gained similar concessions. By the end of the century about 90 Chinese ports were virtually under foreign control, together with areas of sovereign land. These foreign enclaves, such as the International Settlement in Shanghai, organized their own affairs - making their own laws, raising their own taxes and running their own police forces.

xxxxxIn response to these indignities, the Manchu government attempted to modernise on the Western model, but the country was beset with internal strife, and there was growing resentment at the increasing growth of foreign intrusion. Eventually, as we shall see, national resentment boiled over into the so-called Boxer Rebellion of 1900 (Vc) a peasant revolt, officially supported, which aimed at driving all foreigners out of China.

and the Taiping Rebellion 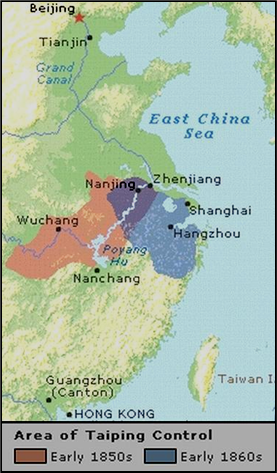 xxxxxThe Taiping Rebellion, which, as we have seen, began in 1850 and plunged China into years of savage warfare, was a violent peasant revolt triggered off by two years of famine. Over the next fourteen years the country was racked by a religious and political crusade which raged over seventeen provinces and took the lives of some twenty million people. Its leader, a Cantonese schoolmaster named Hong Xiuquan, claiming to be the younger brother of Jesus Christ with a mission to save China, quickly won over the support of Christianized communities, and, promising the equal distribution of land and full equality for women, attracted vast numbers of impoverished peasants and low paid industrial workers. The uprising began in the southern province of Kwangsi, and by 1853 the rebels had swept through south-east China, advanced along the Yangtze valley, and seized Nanjing. This city was made the capital of the “Heavenly Kingdom of Peace” (the meaning of Taiping), and Hong was proclaimed its “Heavenly King”. Over the next few years the rebel army become a formidable force (about one million strong), strongholds were established in the north and south, and a loose form of government was established based on communist lines. 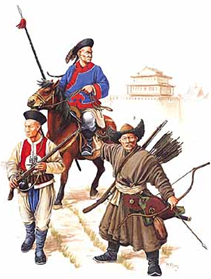 h so many of these rebellions, by the early 1860s the revolt was beginning to run out of steam, weakened by rivalry between the different leaders, and lacking the overall administration required to replace the tottering rule of the Manchu dynasty. By then a new imperial army had been organised by the Chinese scholar Tseng Kuo-fan, and Nanjing had been surrounded. Furthermore, a rebel attempt in 1860 to regain the initiative by taking Shanghai was ruthlessly crushed by a force of Western trained troops, known as the “Ever Victorious Army”. This was led in the first instance by an American adventurer named Frederick Townsend Wade, and then by the British soldier “Chinese Gordon”. Nanjing was finally recaptured in July 1864, but not before Hong had committed suicide. And he was not alone in that. We are told that upwards of 100,000 Taipings also took their own lives rather than be captured. Such it would seem was the hold this rebel movement had gained over its followers. Nor was its cause completely lost. The Manchu dynasty managed to survive, but the long, bitter rebellion doubtless contributed to its final fall in 1912. Before then, however, was to come the Boxer Rebellion of 1900 (Vc), an official revolt aimed at driving out all foreigners from Chinese soil. 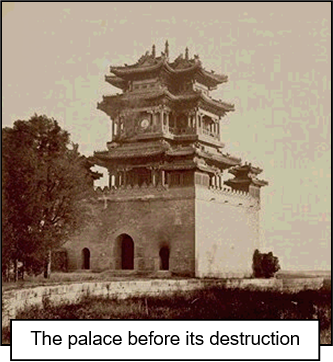 xxxxxIncidentally, the Western-trained “Ever Victorious Army” was employed against the Taipings because it was believed that, if the Taipings gained power, it would make Western penetration of China much more difficult. This force was led by an American adventurer named Frederick Townsend Wade, but, when he was killed in combat in 1862, his place was taken by Charles George Gordon, a British captain in the Royal Engineers. He personally supervised the burning of the emperor’s Summer Palace in 1860, and his exploits in the war earned him the title “Chinese Gordon”. He later served as governor-general of The Sudan, and became famous as “Gordon of Khartoum”, when Sudanese rebels broke into the city in 1885 (Vc) and killed him and the other defenders. ……

xxxxx……   As we have seen, Japan was also being opened up to Western powers at this time. The Treaty of Kanagawa of 1854, conducted by the American naval officer Commodore Matthew Perry, was but the first in a long line of trade and diplomatic agreements (the so-called “unequal treaties”) between Japan and other Western nations over the next ten years. By the early sixties a number of ports had been opened to general trade.

xxxxxThe Taiping Rebellion, which began in 1850 following two years of famine, plunged China into 14 years of savage warfare. Led by Hong Xiuquan, who claimed to be the younger brother of Jesus Christ, it gained the support of vast numbers of peasants and industrial workers by its promise to share out land and provide full equality for women. In its early stages it swept over south-east China and seized the city of Nanjing, making it the capital of the “Heavenly Kingdom of Peace”. Later, however, dissension among its leaders and the lack of organisation proved its downfall. An imperial army laid siege to Nanjing and captured the city in 1862, whilst a Western-trained force known as the “Ever Victorious Army” crushed the Taipings as they attempted to take Shanghai. Hong committed suicide before the fall of Nanjing, and the tottering Manchu dynasty, though further weakened, managed to survive until 1912. Before then, however, came the Boxer Rebellion of 1900 (Vc), an attempt to drive the foreigner out of China.