xxxxxThe Royal Society had its beginnings in 1645 when a group of men interested in science met at Gresham College, London. Among them were the Irish scientist Robert Boyle and the English mathematician John Wallis. These early meetings might well have been instigated by Jan Comenius, the Moravian pastor and educational reformer who stayed in England during the 1640s and advocated a “College of Light”. In 1660 the group formed themselves into a society, and in 1662 was granted a royal charter. Robert Hooke was the first curator, and he carried out experiments and tried out new scientific equipment. Its Philosophical Transactions, begun in 1665, was the first professional scientific journal. Among the early members were Isaac Newton, Edmond Halley, Samuel Pepys, John Evelyn and Christopher Wren. The Academy of the Lynxes was founded in Rome in 1603; the French Academy of Sciences in 1666; and the Berlin Academy in 1700. 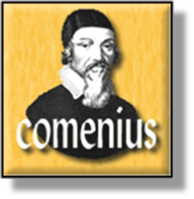 xxxxxThe Royal Society had its beginnings in 1645, when a group of men interested in science (then known as natural philosophy) met regularly each week at Gresham College in London. Among these men were the Irish scientist Robert Boyle, a number of his adherents, and the English mathematician John Wallis. They discussed a wide range of subjects from physics and astronomy to geometry and anatomy. These early gatherings might well have been instigated by Jan Comenius, a Moravian pastor who was a pioneer in educational reform at this time (CW 1657). He stayed in England during the early 1640s, and is known to have put forward the idea of what he called a "College of Light", a kind of academy of knowledge by which, he claimed, "universal harmony" could be attained.

xxxxxThis concept proved far too idealistic, but at one of the meetings in late 1660 it was agreed to form a society "for promoting Physico-Mathematical Experimental Learning". Members were to be called "Fellows" and pay a weekly fee of one shilling. Two years later, in 1662, the society, having aroused the interest of the king, was granted a charter - thus becoming the Royal Society - and at the same time the scientist Robert Hooke was appointed curator. In this capacity he carried out a number of experiments at each meeting - such as the expansion of metals or the varying explosive power of gunpowder - and also demonstrated the latest scientific equipment. 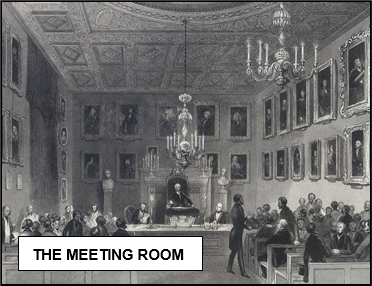 xxxxxFrom its very beginning, the Royal Society in London, founded "for the Promotion of Natural Knowledge", played an important part in carrying out and supporting scientific investigation, especially in the physical sciences. The impetus it gave to scientific research was immense, as was its own achievements. Its major publication, Philosophical Transactions, was instituted as early as 1665 - becoming the first professional scientific journal - and this, together with the Proceedings of the Society, provide a fascinating survey of the progress made in scientific knowledge over the years. Among its early members were the scientist Isaac Newton, the astronomer Edmond Halley, the diarists Samuel Pepys and John Evelyn, and the architect Christopher Wren, who wrote the preamble to the society's charter.

xxxxxIncidentally, one of the earliest scientific societies was that of the Italian Academy of the Lynxes, founded in Rome around 1603 and having Galileo as one of its members. The French Academy of Sciences was established in Paris in 1666, and the German philosopher Leibniz - at the suggestion of Comenius - founded the Berlin Academy in 1700. ……

xxxxx…… Todayxthe Royal Society of London holds annual meetings and, apart from its own research programme, awards medals for outstanding achievement in the field of science. The Copley Medal, a bequest from Sir Godfrey Copley, a wealthy English landowner, in 1709, is the most prestigious. The Rumford Medal, founded by the American-born scientist Count Rumford in 1796, is for outstanding research into the phenomena of heat and light. 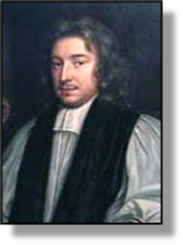 xxxxxA man who played an important part in the establishment of the Royal Society was the Society’s first secretary, the English clergyman John Wilkins (1614-1672). He was educated at Oxford University and, while there, gathered around him a group of philosophers and scientists, many of whom became founder members of the Society. He supported Parliament during the Civil War, and married Oliver Cromwell’s sister Robina in 1656, but after the Restoration he eventually regained favour and became dean of Ripon in 1663, and Bishop of Chester in 1668.

xxxxxApart from a number of religious works, he published Mathematical Magick in 1648, in which he explained the basic principles of mechanics, and in 1668 he designed a universal “philosophical 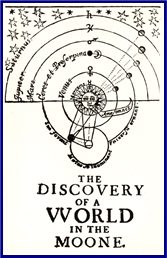 language” to assist trade and scientific advance. Today, however, he is probably best remembered for his A Discovery of a World in the Moone, published in 1638. In this fantasy work he speculated on the moon’s structure, and on the possibility of man reaching and living upon the moon.

xxxxxInxthis flight of fancy he was more than likely influenced by the first story about space travel in English literature, written by Francis Godwin (1562-1633), another English clergyman, and one time bishop of Llandaff and Hereford. He began his The Man in the Moone (or A Discourse of a Voyage Thither by Domingo Gonsales, the Speedy Messenger) in about 1603, and finished it around 1625, but it was not published until 1638, five years after his death. The hero of this witty story is carried up to the moon by being harnessed to a gaggle of “gansas” (swan-like birds), and he there learns about the “Lunars”, the moon’s strange inhabitants. As we shall see, this tale, and the one by Wilkins, clearly influenced the writings of the French author Cyrano de Bergerac, and, directly or indirectly, those of the Irish novelist Jonathan Swift. Godwin’s serious works included A Catalogue of the Bishops of England and an impartial history of the English Reformation.