xxxxxAs we have seen (1828 G4), the English naval officer and explorer James Clark Ross, who had accompanied William Parry on his Arctic voyages, joined his uncle John Ross in 1829 in search of a Northwest Passage. The expedition almost ended in disaster, but during their stay in the Arctic he discovered King William Island and Boothia Peninsula, and in June 1831 reached the location of the north magnetic pole. In 1839 he led his own expedition, this time to Antarctica, first sighted, as we have seen (1828 G4), by the Russian explorer Bellingshausen. There he discovered areas now named after him - Ross Island, Ross Sea and the Ross Dependency. In his last voyage of 1848 he returned to the Arctic, looking for Sir John Franklin, but found no trace of the English explorer’s expedition. As we shall see, Franklin had set out in 1845 (Va) on yet another attempt to find the elusive Northwest Passage and never returned. His expedition, however, renewed interest in the exploration of the Arctic and Antarctic. 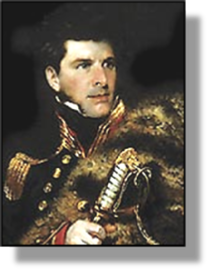 xxxxxThe English naval officer and explorer James Clark Ross (illustrated) accompanied William Parry on his Arctic voyages in 1819 and 1827. Then two years later he joined his uncle, John Ross, on an expedition to find the Northwest Passage. It almost ended in disaster, but, travelling by sledge, he reached the location of the north magnetic pole in June 1831. At the same time he discovered King William Island, naming it in honour of William IV, and the Boothia Peninsula, naming it after the man financing the expedition, the gin merchant Felix Booth. Little was achieved after that. The expedition’s boat Victory having been crushed in the ice, the party was marooned on Boothia Peninsula, and was lucky to be rescued by a whaler in the summer of 1833.

xxxxxIn 1839 Ross led his own expedition, this time to the Antarctic - discovered by the Russian explorer Bellingshausen in 1821 (1828 G4) - to carry out magnetic observations and locate the south magnetic pole. Commanding the Erebus and Terror he discovered 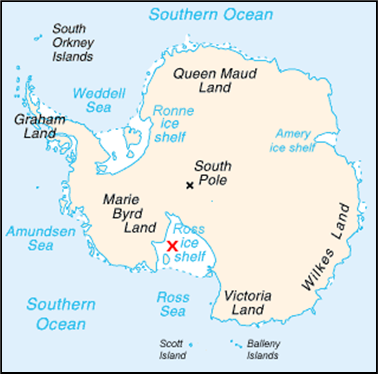 the Ross Sea and the Victoria Barrier, explored the coast of Victoria Land and named the two volcanoes Mount Erebus and Mount Terror in 1841. Then, after wintering at Hobart in Tasmania, he chartered part of the coastline of Graham Land and sailed around the icebound Weddell Sea. On his return to England in 1843 he was knighted, and four years later published his A Voyage of Discovery and Research in the Southern and Antarctic Regions. Ross Island, Ross Sea, and the Ross Dependency are named after him.

xxxxxRoss began his naval career at the age of nine, serving under his uncle during an unsuccessful expedition to find the Northwest Passage in 1818. He was promoted to captain in 1834 and before setting out on his voyage to the Antarctic, worked for three years, 1835 to 1838, on the magnetic survey of Great Britain. Following the publication of the account of his voyages, he was elected to the Royal Society in 1848. In that year, as captain of HMS Enterprise, he went in search of the explorer Sir John Franklin, lost in the Arctic, as we shall see, in 1845 (Va). He found no trace of Franklin’s expedition, but its dramatic failure renewed interest in Arctic exploration.

xxxxxIncidentally, James Clark Ross discovered the north magnetic pole in 1831, but it was not until 1909, in fact, that the American Robert E. Peary became the first explorer to reach the geographic North Pole. ……

xxxxx…… The massive white barrier wall which was first seen by James Clark Ross in 1841 stretches for about 500 miles from Ross Island in the west to Edward VII peninsula in the east, and rises to about 200 feet in places. It was originally called the Victoria Barrier, but is now known as the Ross Ice Shelf and is shown on the map as such (x) …… 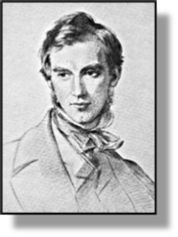 xxxxx…… Onxhis voyage to Antarctica Ross was accompanied by the English botanist Joseph Dalton Hooker (1817-1911) (illustrated). Hooker also visited the Falkland Islands, Tasmania and New Zealand during that expedition, and his travels in the 1860s and 1870s took him to India, North Africa and the United States. He gained an international reputation for his discovery of many new species and, as a close friend of the naturalist Charles Darwin, supported his theories on evolution. He was director of the Royal Botanical Gardens at Kew, London, from 1865 to 1885, during which time he began the Index Kewensis, a list of all the scientific names for plants. 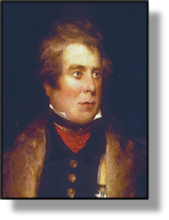 xxxxxFor Ross’ uncle, John Ross (1777-1856), his leadership of the 1829 -1833 expedition restored his good name - discredited in 1818 when his voyage to Baffin Bay had ended in failure and controversy. This time he proved an able commander. In May 1832, after three winters marooned on Boothia Peninsula, he abandoned the stricken Victory and, travelling by sledge and boat, took his party through the ice to Lancaster Sound. There, in August 1833, they were picked up by a passing whaler, the Isabella, the very vessel, believe it or not, which he had commanded during his disastrous expedition of 1818! On his return he was knighted, and appointed British consul to Stockholm in 1839. Then in 1850 he took his third and final voyage to the Arctic, aimed at finding the lost explorer Sir John Franklin who, as we shall see, had set out in 1845 (Va) in yet another attempt to discover a Northwest Passage. Like his nephew before him, his search proved in vain. Franklin was never found. 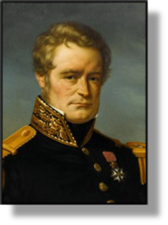 xxxxxDuring the late 1830s, at the beginning of the Victorian era, two further expeditions were made to the Antarctic. The French navigator Jules Dumont d’Urville (1790-1842) led an expedition from 1837 to 1841 during which he discovered Joinville Island, Louis Philippe Land and Adelie Land, named after his wife. Dumont was the man who negotiated the purchase of the Greek sculpture the Venus de Milo for the French government in 1820, and captained the ship that conveyed the exiled Charles X to England after the July Revolution of 1830. After an adventurous life charting lands in the Mediterranean, South Seas and Antarctica, in 1842 he and his wife and son were 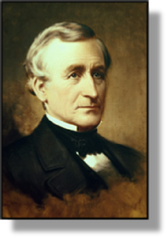 tragically killed in a railway accident in France.

xxxxxThen in 1838 to 1842 the U.S. naval officer Charles Wilkes (1798-1877) commanded a surveying expedition which explored much of the region along the east Antarctic coast, later known as Wilkes Land. After this, however, there was no intensive exploration of the area until the turn of the century. As we shall see, as captain of the San Jacinto during the American Civil War he was involved in the so-called “Trent Affair”, an international incident which almost caused a war between Britain and the United States soon after the civil conflict broke out in 1861.

and The Falkland Islands

xxxxxIt was at this time, in 1833, that the British occupied The Falklands a group of islands in the South Atlantic some 300 miles off the coast of Argentina. Thought to have been discovered by the English navigator John Davis in 1592, the islands were named after Lord Falkland at the end of the 17th century. However, the French and Spanish arrived in the area and by 1774 the English had been ejected. In 1820, having overthrown the Spanish, the Argentines claimed the islands as the Malvinas, but the British seized them in 1833 and began a permanent settlement. However, the dispute over sovereignty continued. Eventually the United Nations took up the matter in 1964, but in April 1982 Argentina seized the islands from the British. In the ensuing war Britain regained its colony by mid-June. Diplomatic links between the two countries were restored in 1990, but Argentina still retained its claim to the islands. 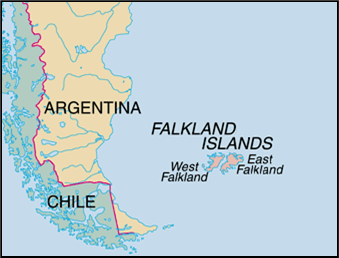 xxxxxIt was at this time, in 1833, that the British occupied The Falklands, a small group of scattered islands in the South Atlantic some 300 miles off the coast of Argentina. Thought to have been discovered by the English navigator John Davis in 1592, they were named after Lord Falkland, treasurer of the English navy, at the end of the 17th century. English settlers arrived in 1765, but by that time the French and the Spanish had arrived in the area. In 1770 the Spanish bought out the French, and by 1774 had ejected the English. With the collapse of Spanish colonial rule, the Argentines overthrew the Spanish in 1816 and, four years later, claimed sovereignty over their “Islas Malvinas”. The British, however, still laying claim to the territory, took over the islands in 1833, meeting no resistance, and established a permanent settlement, centred around Port Stanley on the larger of the two main islands. Colonial status was granted in 1892.

xxxxxNonetheless, the Argentines continued to dispute the British occupation, and the matter of sovereignty caused a deal of friction between the two nations. Argentina opposed the continuation of colonialism - regarding it as an outmoded concept - and argued that geographically the islands belonged to South America. Britain pointed to its continuous possession and administration of the territories since 1833, and to the fact that the Falklanders themselves wished to remain under British rule. Eventually in 1964 negotiations began via the United Nations, but came to an abrupt halt in April 1982 when Argentina took the matter into its own hands and seized the islands. The British sent a large task force, and after some intense fighting on land, sea and in the air, the Argentines surrendered in mid-June. Britain and Argentina re-established diplomatic links in 1990, but Argentina refused to renounce its claim to the islands.

xxxxxIncidentally, the Spanish name Islas Malvinas actually derives from French. France established a colony at Port St. Louis in 1764, and named the islands Îles Malouines (an adjective applied to the Breton port of Saint-Malo), and the Spanish simply translated the word.