xxxxxThe Renaissance was a renewed interest in the classical period of Greece and Rome, its art, architecture, literature and philosophy, but it was also a gradual realisation that man could play some part in shaping his own destiny. It ushered in a new era of learning, science and discovery. The year 1420 - when work started on the Florence duomo - is often regarded as the date when this re-birth really got under way, but, of course the first signs of this renaissance were to be seen long before that date. The paintings of Cimabue and Giotto, the work of the sculptor Pisano, the writings of Boccaccio and Petrarch, and the poetry of Dante and Chaucer are but a few examples of work which broke new ground. At the same time, men like the scientist Roger Bacon, and church reformers such as Wycliffe and Huss, began to question long-held beliefs, as did the “new” universities being established, all greatly assisted by the development of printing. As we shall see (H6), it was now to be men like Ghiberti, Donatello, and Masaccio who were going to make Florence the first major centre of this cultural outburst in Italy. And alongside this rush of talent went the beginning of the great age of discovery, an age which would open up new lands and opportunities far beyond the horizon. 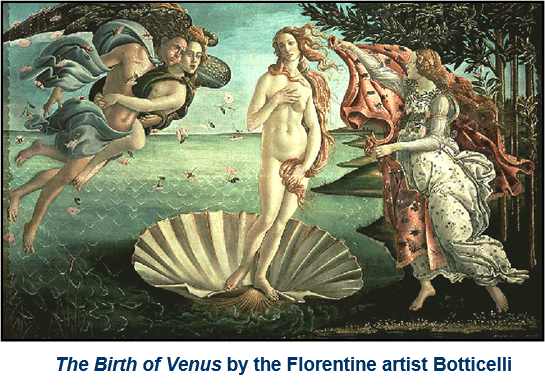 xxxxxThe Renaissance was not an event, and to call it a movement would imply that it had some form of leadership and a declared intention; it had neither. Perhaps it can be best described as a gradual awareness by man of what he had at one time achieved in the past, and what he might well achieve in the future. It was certainly a renewed interest in the classical period of Greece and Rome, - its art, architecture, literature and philosophy - but it went deeper than that. It was also the gradual realisation that man could play some part in the shaping of his own destiny. It ushered in a new era of learning, science and discovery. There was a new spirit abroad by which enterprise and the enquiring mind was to take Europe out of the Middle Ages and into the era of the modern world. 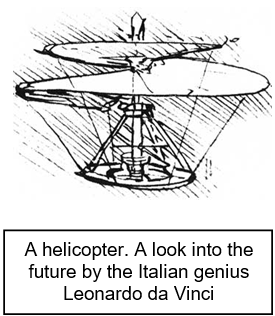 xxxxxBrunelleschi’s contribution to the classical grandeur of his native city of Florence, starting around 1420, is often taken as a convenient starting point of this rebirth in art, learning and self -confidence. But this date is very much an arbitrary one. The first signs of the Renaissance were discernible long before that time. We have seen how, at the end of the thirteenth century, Cimabue and Giotto had broken away from the rigid formality of Byzantine painting, putting feeling and form into their human figures, an improvement echoed in his relief work by the sculptor Andrea Pisano some years later. And throughout the fourteenth century writers such as Boccaccio and Petrarch inspired an interest in Europe’s classical heritage, whilst the poets Dante and Chaucer gave a kick-start to literature in one’s native tongue. Nor were monasteries the sole guardians of classical learning - indeed, their role was seriously reduced by the ravages of the Black Death in 1347. Bologna University was established as early as 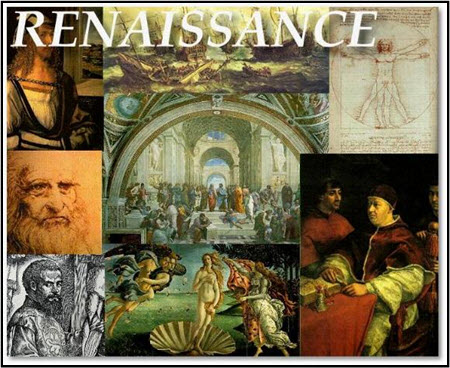 1119, soon followed by Paris and Oxford and a host of other centres, some of which studied subjects beyond the classics and canon law. Roger Bacon as early as 1268 was emphasising the importance of the sciences and the need for experimental research, whilst both Wycliffe and Huss dared to question the very fundamentals of the Catholic Church.

xxxxxWe have now to see (H6), the impact on the field of art made by Brunelleschi’s fellow artists, like Ghiberti, Donatello, Masaccio, and Alberti. These were the men who made Florence the major artistic centre of Italy in the early period of the Italian Renaissance. And alongside this rush of talent, we find the beginnings of the great age of discovery, greatly encouraged if not initiated, as we have already seen, by the industrious Prince Henry the Navigator.