xxxxxAs we have seen, the first university was founded at Bologna in 1119 (H1). It was followed by the University of Paris in 1155 - the first to be established in northern Europe - and it had become the leading centre of learning for this area by the end of the century, with faculties in theology, canon law, medicine and the arts. One of the colleges, the Sorbonne, founded by the theologian Robert de Sorbon in 1253, has since given its name to the university as a whole. 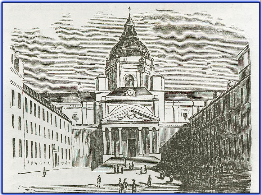 xxxxxAs we have seen, the first university in the accepted meaning of the term was founded at Bologna in the 1119 (H1), and it soon won a reputation for its schools of canon and civil law. The University of Paris was the first to be established in northern Europe. It was founded around the year 1155, developing from and out of the cathedral schools of Notre Dame, where the standard of instruction was proving too low. By the end of the century it was the most famous centre of learning in northern Europe, with faculties in theology, canon law, medicine and the arts. Its well-earned reputation in theology was mainly due to papal support. Later, of course, schools were opened in the modern subjects, such as the sciences, economics and social studies.

xxxxxAmongst many colleges built to house the students was the Sorbonne, founded by the theologian Robert de Sorbon (1201-1274) in about 1253. This name was first used as a general term for the theological faculty, but later came to mean the university as a whole (illustrated above). After the French Revolution the university was re-organised and, together with other French institutions, was taken out of religious and political control. Some years later, in May 1968, a student revolt centred around overcrowding and the lack of student participation in the affairs of the university, brought further changes.

xxxxxOxford University was originally modelled on Bologna. Set up in the 12th century, it received a boost to its development in 1167 when Paris, following a dispute, placed a ban on English students. As in Paris at this time, lectures were held in churches and halls, and even when colleges were established - such as Balliol in 1263 - they were merely boarding houses at first. Oxford showed an interest in physical sciences early on, but quickly gained a reputation for its scholarship in the classics and theology. Important institutions are the Bodleian Library, the Sheldonian Theatre, and the Ashmolean Museum. 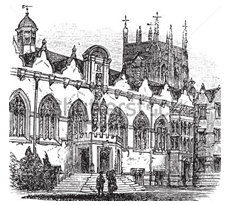 xxxxxThe general organisation of Oxford University owed much to that evolved earlier at Bologna. In its turn, the University of Paris served as a model for other centres of learning which were developing in northern and central Europe in the twelfth century. One such centre of learning was situated at Oxford. Here the university was well established by the end of the twelfth century, a boost to its development coming in 1167 when, following a dispute, Paris University placed a ban on English students. Their arrival at Oxford not only increased the body of students, but also brought innovation based on the Paris model. A further thrust in its advancement, notably in theology, came in the thirteenth century when several religious orders, including Franciscans and Dominicans, came to settle in the city.

xxxxxAs in Paris, there were no permanent premises in the early stages of development. Lectures were held in local churches or halls, and when colleges were established - such as Balliol in 1263 - they were merely boarding houses for poor postgraduate students who were studying for higher degrees. But, unlike Paris, Oxford showed an early interest in the physical sciences, and a study of these subjects was advanced by the end of the seventeenth century. In general, however, its reputation was built upon its scholarship in the classics, theology and political science. Then in the twentieth century came subjects like economics and modern languages, and a much greater emphasis upon study in the various branches of science. The first women's college, Lady Margaret Hall, was founded in 1878.

xxxxxThree important institutions at Oxford are the Bodleian Library, with a capacity for five million volumes, the Sheldonian Theatre and the Ashmolean Museum - particularly famous for its archaeological finds, its valuable paintings and its decorative arts. It was founded by the English antiquary Elias Ashmole in 1683.

xxxxxIn 1209 a group of Oxford scholars, wishing to escape the riots between "town and gown", left and settled at Cambridge. The first college was founded in 1285, and, with the arrival of Erasmus in 1511, it became a centre for Renaissance learning and the troubled theology of the Reformation. Then the coming of Isaac Newton at the end of the 17th Century and, later, the establishment of the Cavendish Laboratory in 1871, gave impetus to scientific study and research. Among its important buildings are the magnificent Kings Chapel, begun in 1446, and the library of the diarist Samuel Pepys, housed in Magdalene College. 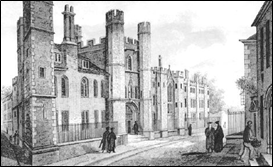 xxxxxCambridge University is generally thought to have owed its beginnings to Oxford. In 1209 a group of scholars at Oxford, wishing to escape the riots which were then taking place between the townspeople and the students (between "town and gown"), left the city and came to settle in Cambridge. The centre flourished. The first college - Peterhouse - was founded in 1284, and, with the arrival of Erasmus in 1511, the university became a centre for Renaissance learning and the troubled theology of the Reformation. Then Isaac Newton at the end of the seventeenth century, and the establishment of the Cavendish Laboratory in 1871, gave vital impetus to scientific study and research. Today the university is at the cutting edge in the disciplines of physics and molecular biology.

xxxxxKing’s College Chapel (illustrated), begun in 1446, ranks amongst the world's most magnificent buildings, and the library of Samuel Pepys, the diarist, is housed in Magdalene College. An attractive view of some of the colleges can be seen from "the Backs", the stretch of grounds and gardens which are situated alongside the River Cam.

xxxxxIncidentally, when honours degrees were introduced in the eighteenth century the examination came to be known as the "tripos" because of the three-legged stool the examiner sat on during the viva or oral examination.

xxxxxSoon after the founding of Cambridge, universities were established in many of the major cities of Europe, including Salamanca in 1218, Montpellier in 1220, and Padua in 1222. Among those founded in the following century were Rome, Florence, Prague, Vienna and Heidelberg. From the late eighteenth century, theology and the classics were gradually replaced by literature and modern languages, and the study of science in all its forms began to take an ever increasing part in the learning process. Then in the twentieth century new disciplines were introduced, such as psychology, economics and the social sciences.