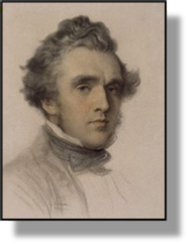 xxxxxAusten Layard (1817-1894), the English archaeologist, diplomat and politician, gave up his job in a solicitor’s office in London in 1839 and, in search of adventure, travelled to the Middle East. Having journeyed on horseback across Anatolia and Syria, he took on a number of diplomatic missions for the British embassy at Istanbul. These took him to northern Mesopotamia, and it was there that he became keenly interested in the region’s history and set out to uncover some of the magnificent cities of biblical times, notably Nineveh, once the capital of the Assyrian Empire. 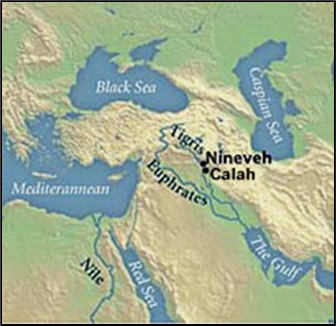 xxxxxKnowing that Nineveh had been sited on the River Tigris, near the city of Mosul (in today’s Iraq), he began excavating at a likely site in 1845. Over the next five years he discovered the remains of some magnificent palaces and collected pieces of art work from the 9th to the 7th century BC, but, as the work progressed, he began to realise that he had not found Nineveh, but had unearthed the ruins of the ancient city of Calah (modern Nimrud). Many of his most significant findings dated from the reign of Aschurnasirpal II, the Assyrian king who rebuilt the city around 880 BC, and made it his capital. Among these finds were a huge winged bull - a symbol of power - (illustrated below), hundreds of relief sculptures and, valuable above all, thousands of stone tablets inscribed in cuneiform, found in the remains of the king’s great library. Later, a vast number of carved ivories were discovered within the city. 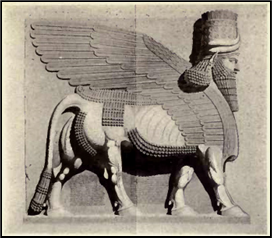 xxxxxIn 1849, much encouraged and not a little surprised by his success at Nimrud, Layard again attempted to find the remains of Nineveh. He began digging at Kuyunjik, a site on the east bank of the Tigris, opposite Mosul, and this time he succeeded in uncovering the famous city of antiquity, capital of the Assyrian empire from the 8th century BC until its destruction by the Medes in 612 BC. Foremost amongst his discoveries was the magnificent “palace without a rival” of Sennacherib, the king who, around 700 BC, had made Nineveh one of the most beautiful and advanced cities in the Middle East. From here he recovered two miles of wall paintings and, once again, thousands of cuneiform tablets - the means by which, given time, the political and cultural history of Assyria and Babylonia could be compiled. These findings, and those of Calah, 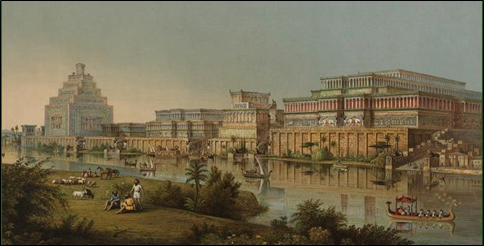 were valued highly, and came to make up the major part of the British Museum’s Assyrian collection. Furthermore, Layard’s books about his excavations proved extremely popular, especially his Nineveh and Its Remains, published in 1849 (and relating in fact to his excavations at Calah!), and his authentic Discoveries in the Ruins of Nineveh an Babylon, in 1853. The impression of Nineveh illustrated here was by the Scottish architectural historian James Ferguson (1808-1886).

xxxxxLayard went on to make soundings at other sites in Mesopotamia, including Babylon, thereby adding greatly to the knowledge of the area, and on his return to England entered politics. He was a Member of Parliament during the 1850s and 1860s, held a number of government appointments, and ended his career as the British ambassador in Istanbul. He was knighted in 1878, retired two years later, and went to live in Venice in 1884. 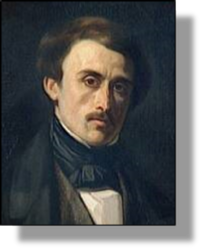 xxxxxThe area around Mosul and Babylon further south had been surveyed much earlier in the century, but the first archaeological excavation in Mesopotamia was carried out in 1843 by the French consul at Mosul, Émile Botta (1802-1870). He was anxious, like Layard after him, to uncover Nineveh, and, in fact, began work on the site of the ancient capital. Shortly afterwards, 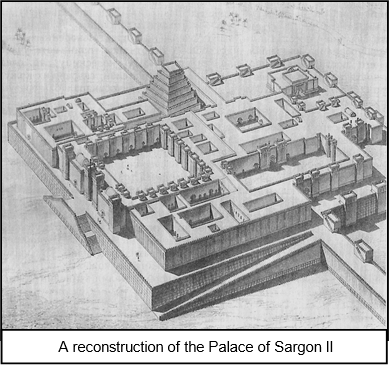 however, attracted by what he thought was a more likely location, he moved further north to Khorsabad and began digging there. Within a matter of days he had unearthed the ancient city of Dur Sharrukin, and discovered the remains of the great palace of Sargon II, together with a large number of relief sculptures and cuneiform tablets. Still believing that he had found the vanished city of Nineveh, he informed the French government of his find, and they actually sent out an artist to make drawings of the remains. Many of these were included in Botta’s publication of 1850, mistakenly entitled Monuments of Nineveh. Botta stayed on in the Middle East, serving as consul in Jerusalem and then Tripoli.

xxxxxIncidentally, it was during further excavations in Mesopotamia that the Sumerians, a previously unknown people, were discovered. They had lived in the country before the coming of the Babylonians and Assyrians. It was the English archaeologist Leonard Woolley who discovered their Royal Tombs during his uncovering of the ancient Sumerian city of Ur in 1927.

xxxxxIn 1839 the Englishman Austen Layard (1817-1894) went in search of adventure. Having travelled in Anatolia and Syria, he took on a number of diplomatic missions, and this took him to Mesopotamia. There he became fascinated in the region’s history, and in 1845 began his search for the ancient city of Nineveh. Over the next five years he discovered some magnificent palaces, and collected pieces of artwork from the city of Calah (modern Nimrud), but it was not until 1849 that he eventually unearthed the city of Nineveh, the ancient capital of the Assyrian Empire. From there he sent an abundance of artwork to the British Museum, together with thousands of cuneiform tablets, the means by which the history of Assyria and Babylonia could be traced. His books about his discoveries proved extremely popular, especially Nineveh and Its Remains, published in 1849, and his Discoveries in the Ruins of Nineveh and Babylon of 1853. He later served as a member of parliament, and ended his career as British ambassador in Istanbul.

xxxxxThe Englishman Henry Creswicke Rawlinson (1810-1895), an officer in the British East India Company, was serving in Iran when he became interested in the history of the country. After hours of work over a number of years, by 1849 he had successfully deciphered a statement by Darius the Great of Persia which had been written in three languages on a rock face in the village of Behistun. Having translated the Old Persian text, it was not long before the other two languages - Babylonian and Elamite - had been deciphered, and this enabled the Mesopotamian cuneiform script to be mastered by 1857. The clay tablets and stone carvings discovered during excavations could then be translated, thereby providing a history of ancient Babylonia and Assyria, and a much more detailed knowledge of biblical history. Rawlinson served as general consul at Baghdad from 1851, and in this post he was able to continue the work of Layard by collecting and sending ancient artwork to the British Museum. 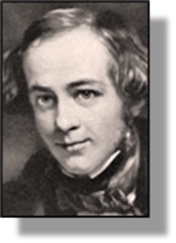 xxxxxThe discovery of thousands of clay tablets and stone carvings inscribed with written texts, unearthed around Mosul and then in Babylonia further south, proved one of the most important finds. A number of scholars then set to work to decipher the cuneiform script and bring to light the history of these ancient kingdoms. The first man to do so was the English orientalist Henry Creswicke Rawlinson (1810-1895), an officer in the British East India Company who was stationed in Iran at the time, assisting the shah in the reorganisation of his army. Travelling around the country, he became deeply interested in Persian history and wished to know more by mastering the different languages of the area. After painstaking work over a number of years, by 1849 he had successfully deciphered the Old Persian text of a statement which had been made by Darius the Great of Persia during his reign (522-486 BC) 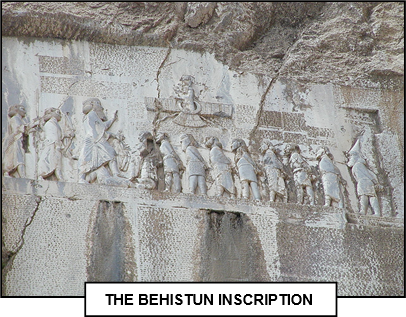 and, written in three languages, had been carved on a rock face in the village of Behistun.

xxxxxHe published his results in his Persian Cuneiform Inscription at Behistun, and this enabled the other two languages, the Babylonian and Elamite versions, to be translated comparatively quickly. By 1857 the Mesopotamian cuneiform script had been mastered and, by reading the clay tablets and stone carvings found during excavations, a history of ancient Babylonia and Assyria could be compiled, and a much greater knowledge gained of biblical history.

xxxxxRawlinson became consul general at Baghdad in 1851, and it was in this post that he was able to continue Layard’s work by collecting and sending ancient artwork to the British Museum. He was knighted in 1855, and was a member of parliament for a few years before being appointed minister to the Iranian court in 1859. Among his other works was an Outline of the History of Assyria published in 1852.

xxxxxIncidentally, the German scholar George Grotefend (1775-1853) made some headway in deciphering Old Persian cuneiform script as early as 1802. Apparently he made a bet that he would find the key to the script, and he did manage to decipher nine of the thirteen symbols. His findings were not generally accepted, however, until Rawlinson began his own studies in the late 1830s. 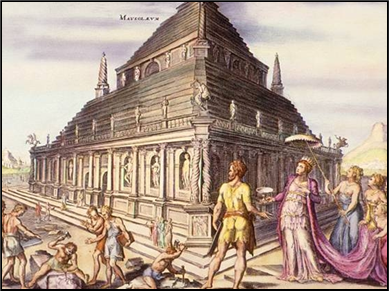 xxxxxAndxit was during this period, in 1856, that the English archaeologist Charles Newton (1816-1894), excavating near the modern town of Bodrum in Turkey, unearthed the ancient city of Halicarnassus, and discovered its famous tomb, built around 350 BC. Founded by the Greeks, the city was ruled by the Persians from about 540 BC, and was at the height of its prosperity under Mausolus, a Persian governor who became ruler of Caria - a region in south-western Anatolia - during the 4th century BC. On his death, the temple erected in his honour, the “Mausoleum” - a vast marble tomb enclosed by 36 columns and covered by a 24 step pyramid surmounted with a marble chariot - became one of the seven wonders of the ancient world (illustrated as envisaged). It is thought that it was destroyed by an earthquake during the Middle Ages.

xxxxxNewton sent many fragments of the tomb’s sculptures and frieze, together with a ten foot statue (probably of Mausolus himself) back to the British Museum. Later, as curator of Greek and Roman Antiquities at the museum, he added substantially to the museum’s collections, and did much to promote an interest in Greek art. He was knighted in 1887. 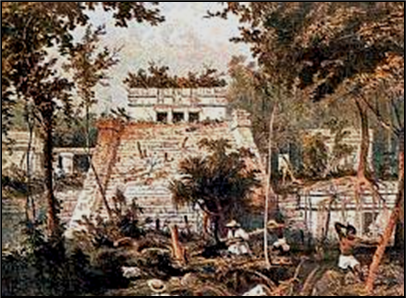 xxxxxAxfew years earlier and much further afield, the American traveller John Lloyd Stephens (1805-1852), exploring with immense difficulty through the dense jungle of Central America, and accompanied by the English illustrator Frederick Catherwood (1799-1854), came upon the imposing ruins of Copan, with its huge stairways, stone altars and elaborate effigies of the Mayan Civilisation. His findings were later published under the title Incidents of Travel in Central America, Chiapas and Yucatan 1841-1843. Illustrated with engravings by Catherwood (one shown here), they gave the first accurate account of the Mayan way of life, and stimulated interest in the area. Earlier, Stephens’ travels had taken him to parts of the eastern Mediterranean, the Middle East, Russia and Poland.

xxxxxThe quest to discover the remains of past civilisations, particularly in the Middle East, gained momentum with the years. As we shall see, the German archaeologist Heinrich Schliemann discovered the ancient city of Troy in Asia Minor in 1873 (Vb), the English archaeologist Flinders Petrie revealed precious remains of ancient Egypt in 1884 (Vc), and in 1900 (Vc) the Englishman Arthur Evans, beginning work at Knossos, on the island of Crete, unearthed a bronze age civilisation.