xxxxxIt was the French inventor Joseph Niépce who produced the world’s first permanent photograph taken from nature. In 1827, using a camera obscura and a copper plate coated with a form of bitumen, he captured a blurred, black and white image of his back yard. In 1829 he went into partnership with a Parisian artist named Louis Daguerre and, as we shall see, he helped to reduce the exposure time required, making public his method - the so-called daguerreotype process - in 1839 (Va). 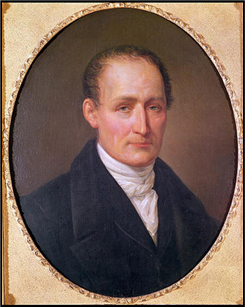 xxxxxA blurred black and white image of his back garden, produced by the French inventor Joseph Niépce in 1827, is generally considered today to be the world’s first photograph taken from nature. It was achieved after many attempts, and a great deal of thought and effort.

xxxxxTwo unconnected developments contributed to his success. The first was the camera obscura, or “dark chamber”, the direct forerunner of the modern photographic camera. It began as a dark room into which an inverted image of a brightly-lit scene outside could be projected through a small hole in the wall - or sometimes the roof. So useful did this prove that it was not long before a portable “box” model was made, together with table top versions. Artists were using such devices as early as the 17th century - mainly to assist with perspective - but with the addition of lenses and mirrors in the 19th century, the image could be traced on paper or other materials of one’s choice. Meanwhile in 1725 a German named Johann Heinrich Schulze discovered that light could be used to turn silver salts dark, and he produced his own name, “written by the sun”, as he put it, on a piece of glass. He had found the means of “fixing” an image.

xxxxxIt was around 1813 that Niépce began to experiment with the new printing technique called lithography, invented, as we have seen by the German engraver Alois Senefelder 17 years earlier. He began to look for a material other than stone on which to do the printing, and one that, if possible, would produce a permanent “fixed” image automatically. After experimenting with various chemicals, in 1816, employing a method he called heliography (sun-drawing), he used a camera obscura in an attempt to capture and hold a view of his back yard on a piece of paper which had been coated with silver chloride, a light-sensitive substance. This had only a limited success and in 1822 he turned to the use 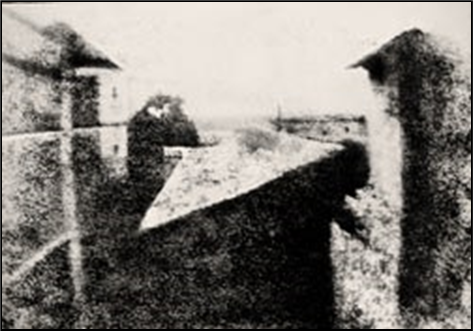 of asphaltum, a bitumen which became insoluble to solvents when it was exposed to strong light. This produced a reasonable copy of an engraving on glass and led to his major break through. In 1827, using his crude camera, he took a view from his attic window, this time projecting it on a sensitized pewter plate. After an exposure of no less than eight hours, he slowly dissolved the layer of pitch and revealed the world’s first permanent photograph from nature, a blurred image of his own courtyard (illustrated). And from the metal plate he could produce a printing plate. After fifteen years of research Niépce had achieved his aim.

xxxxxNiépce was born into a wealthy family at Chalon-sur-Saone. He fled the country at the outbreak of the French Revolution, but later returned to serve in the army under Napoleon Bonaparte. Around the turn of the century he left through ill-health, and settled near his home town. There he devoted himself to research and in 1807, along with his brother Claude, invented an internal-combustion engine. Named Pyreolophore - Greek for “I produce fire and wind” - it was possibly used to power a boat. He visited England in 1827 where he gave an account of his photographic invention to the Royal Society in London, but gave nothing away as to the methods he used! 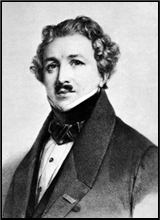 xxxxxFollowing his success in 1827, Niépce attempted without success to reduce the long exposure times required by his method. In 1829, therefore, he went into partnership with the Parisian artist Louis Daguerre (illustrated), a man who was extremely anxious to develop the new art of photography. They made some progress in cutting down the exposure time but, as we shall see, it was not until 1839 (Va), six years after Niépce’s death, that Daguerre made public his advanced method, known as the Daguerreotype process. And it was in that year that the English pioneer Fox Talbot also announced his own advances in photography.

xxxxxIncidentally, the plate used in Niépce’s famous photograph of 1827 has survived. It was found by the historian Helmut Gernsheim in 1952, and is now preserved in his collection at the University of Texas, Austin. ……

xxxxx…… Because of the long exposure time, during which the sun had moved from east to west, the photograph has the sun shining on both sides of the picture! ……

xxxxx…… As noted earlier, in 1802 an account was published of the attempt made by Thomas Wedgwood to produce a photograph. The son of Josiah Wedgwood, the famous pottery manufacturer, he proved able to produce vague images on paper coated with silver chloride, but once exposed to the light the paper went black and the outlines were lost. He also tried to capture and keep the image on a piece of white leather, but this was also unsuccessful.