xxxxxThe Austrian botanist Gregor Mendel, an Augustan monk, by conducting experiments with varieties of garden peas while working in the garden of his monastery, made the first steps towards the founding of the science of genetics. He tested more than 28,000 pea plants over a period of eight years, and in 1865 concluded that all physical traits are inherited through invisible “factors” (now known as genes) passed on by both parents. These findings - later known as Mendel’s Laws - were the fundamental principles of biological inheritance, but their value was not recognised until some forty years later. 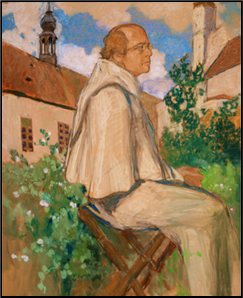 xxxxxIt was in 1865 that the Austrian botanist Gregor Mendel, an Augustan monk, completed his experiments with certain varieties of garden peas and, by his findings, laid the foundation of the science of genetics. His discovery was so advanced for its time, however, that it was not until some forty years later that the true value of his research was recognised, and his findings contributed to the modern theory of hereditary.

xxxxxJohann Mendel was born into a peasant family in the town of Heizendorf, then in Silesia and part of the Austrian Empire. His parents were poor, but thy encouraged him in his studies. He attended the local school and then furthered his education at the Philosophical Institute at the nearby town of Olmutz. Ill health, however, marred his progress, and in 1843 he was admitted as a novice in the Augustan monastery of St. Thomas at Brunn, taking the name of Gregory. He was ordained in 1847, and after taking a science course at Vienna University in the early 1850s, taught physics and natural history at the local school in Brunn. 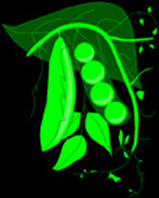 xxxxxIt was while studying biology in Vienna that he became intrigued by the variation to be found among individual plants of the same species. From 1856 onwards, working in the monastery garden, he devoted his spare time to carrying out breeding experiments on a variety of weeds and cultivated plants, and eventually embarked on a long term, detailed study of the common garden pea Pisum sativum. He set out to study seven characteristics, including height, flower distribution, and the colour and shape of the seed and pod. He started out with pure varieties and by means of self-pollination and cross fertilisation worked out the sequence and pattern of inheritance from one generation to the next. It is estimated that he tested more than 28,000 pea plants over a period of eight years, wrapping each plant to prevent accidental pollination by insects, collecting all the seeds produced, and recording every mutation.

xxxxxHe completed his painstaking programme of experiments in 1865. Having put his findings in mathematical terms and subjected them to statistical analysis, he concluded that all physical traits are inherited through invisible “factors” or “units” passed on by both parents, and that these factors or units (now known as genes) are passed in a predictable pattern from one generation to the next. These generalisations - expanded in what later became known as Mendel’s Laws - were, in fact, the fundamental principles of biological inheritance, and the spring board for the development of modern genetics.

xxxxxThe following year, as a member of the Brunn Society for the Study of Natural History, his findings were published in the Society’s journal under the title Experiments with Plant Hybrids, but there was no response. Hexthen sent details of his experiments to the eminent Swiss botanist Karl Wilhelm von Nageli (1817-1891), but they were returned with a few discouraging comments. Nageli failed to grasp the significance of these results yet, ironically enough, in 1842 he had himself discovered what later became known as chromosomes (structures containing genes). In 1868 Mendel was appointed Abbot, and because of the demands of this office, this virtually put an end to his experiments.

xxxxxIt was not until the turn of the century, fourteen years after his death, that three biologists, working independently, obtained results similar to his and recognised the remarkable value of his research. He is now recognised as the father of modern genetics - the study of the inheritance of biological characters.

xxxxxIncidentally, soon after being appointed Abbot, Mendel did attempt to transfer his experiments from plants to living creatures. In about 1869 he successfully produced a new strain of honeybee. This hybrid produced excellent honey, but it also turned out to be very aggressive. So many local people were stung that the strain had to be destroyed. That marked an end to his experiments!

xxxxxBut a man of this period who would have been deeply interested in this aggressive strain of honeybee was the French naturalist Henri Fabre (1823-1915). During his lifetime he made a painstaking study of a large number of insects, including ants, butterflies, spiders and bees. His major work was the ten volume Studies in Entomology, begun in 1879 and completed thirty years later. His studies led him to believe that the activities of insects were not dictated by reason, but were simply carried out automatically. He was a friend of the English philosopher and economist John Stuart Mill, and was described by the English naturalist Charles Darwin as “an inimitable observer” of insect life. 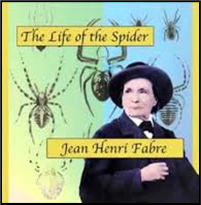 xxxxxBut a man of this period who would have been deeply interested in this aggressive strain of honeybee, produced by Gregor Mendel, was the French naturalist Henri Fabre (1823-1915). He was an enthusiastic student of the insect world throughout his long life. He was born in St. Léons in France, and after attending college in Avignon, Province, he began teaching natural history in the town of Carpentras nearby. He then spent some time on the island of Corsica, teaching at a college in Ajaccio, before returning to teach in Avignon. Throughout this time he made a painstaking study of a vast number of insects, including ants, butterflies, the peacock moth, spiders, the praying mantis and bees. His close observation led him to conclude that many of the activities of insects were not dictated by reason, but were simply carried out automatically. 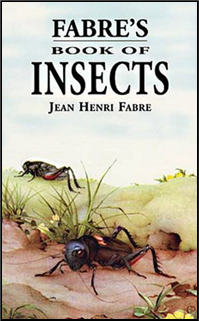 xxxxxIn 1870 he retired to Sérignan and gave all his time over to his overriding passion, and it was during that time that, beginning in 1879, he produced his Studies in Entomology, a work of ten volumes which took 30 years to complete. He met and became a friend of the English philosopher and economist John Stuart Mill in 1866; the English naturalist Charles Darwin described him as “an inimitable observer” of insect life; and the French scientist Louis Pasteur consulted him when he was working to save the silkworm industry. By 1902 Fabre was a member of the entomological societies of Russia, France, Sweden and Britain. For his extensive work in entomology he was awarded the Légion of Honour, and, today, a piece of land which he bought near the village of Sérignan du Comtat in 1879 - and which he called Harmas or “wilderness” - is maintained as a botanical garden dedicated to his life and work.