xxxxxThe Principles of Economics, the major work of the English economist Alfred Marshall, had a marked influence upon the development of economic thought throughout the 20th century. His detailed study of the subject, mathematically based, established economics as a discipline in its own right. Among the concepts which he combined into a coherent whole were supply and demand, the elasticity of demand, marginal utility, and the cost of production. Published in 1890, when he was professor of political economy at Cambridge University, his textbook made him the leading British economist of the day. His research followed on from the pioneer work produced by the likes of Adam Smith, David Ricardo, Thomas Malthus, John Stuart Mill and the Frenchman Antoine Cournot. Later works included Industry and Trade in 1919, and Money Credit and Commerce in 1923. Among his students was the Englishman John Maynard Keynes, a prominent economist in the first half of the 20th century.

Marshall: by the London based photographic studio of Elliot & Fry (1863-1963), 1892 - published in The New York Times, October 2011. Jevons: by the engraver G.F.Stoddart (details unknown), from The Letters and Journal of W. Stanley Jevons, edited by his wife Harriet A. Jevons, London 1886. 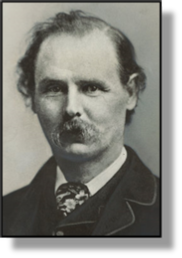 xxxxxThe Principles of Economics, an influential textbook in which the English economist Alfred Marshall integrated modern and classical economic theory, made an important contribution to economic thought throughout the 20th century. Following the pioneer work produced by the likes of Adam Smith, David Ricardo, Thomas Robert Malthus, John Stuart Mill and the French economist Antoine Cournot, his detailed analysis of the subject - mathematically based - and his emphasis upon its practical application in the field of commerce, established economics as a discipline in its own right.

xxxxxMarshall was born in London, and attended Merchant Taylors’ School, Northwood, before going up to Saint John’s College, Cambridge. He studied philosophy and ethics, and this unusual combination earned him a lectureship in the moral sciences at St. John’s College in 1868. It was here that he began to take an interest in political economy, a subject which he later termed “economics”. During the 1870s he wrote several tracts on international trade and protectionism, visited the United States to study the problems of tariff protection in an emerging economy, and in 1879 wrote The Economics of Industry with his wife Mary, herself a lecturer in economics. He was appointed principal of University College, Bristol, (forerunner of Bristol University) in the mid-1870s, and then in 1881 spent a year in Italy before taking up a lecturing post at Balliol College, Oxford. In 1884 he became professor of political economy at Cambridge University, and it was there that he published his Principles of Economics in 1890. 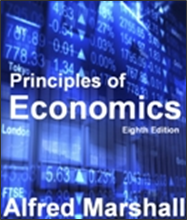 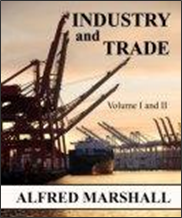 xxxxxAmong the number of economic concepts which Marshall combined into a coherent whole - be they refined versions or those of his own making - were the relevance of supply and demand in determining market prices, the elasticity of demand in relation to price, the definition of quasi-rent, the cost of production, and the significance of the marginal utility theory. He also emphasized the part played by the passage of time, identifying three distinct periods which he saw as affecting the response of supply to demand. And in all his research, he stressed the importance of detailed analysis, using graphs and mathematical formulae to illustrate the inter-relationship of the different factors at work. In his textbook, however, anxious to make economics appreciated by the public at large, he employed mathematics sparingly, and simply defined the subject matter as “the study of man in the ordinary business of life.”

xxxxxThe Principles of Economics played a significant role in the subsequent development of economics as a distinctive branch of science. It made Marshall the leading British economist of the day, and he became highly regarded both in Europe and America. Later works included Industry and Trade in 1919, and Money Credit and Commerce in 1923. Among his students was John Maynard Keynes (1883-1946), the outstanding English economist during the first half of the 20th century. Marshall died at Balliol Croft (renamed Marshall House in 1991) in 1924, his Cambridge home for the last forty years of his life.

xxxxxIncidentally, mathematics was first introduced into the study of economics by the French economist Antoine Cournot (1801-1877), used as a means of supporting his reasoning and illustrating his arguments. His work Researches into the Mathematical Principles of the Theory of Wealth, written in 1838, influenced Marshall’s work, as did a number of his theories. …… 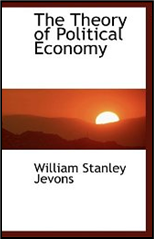 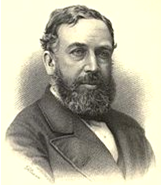 xxxxx…… Axmore extensive use of mathematics was employed in The Theory of Political Economy, a work of 1871 by the English economist William Stanley Jevons (1840-1882). He was also responsible for the marginal utility theory of value, outlined in his paper General Mathematical Theory of Political Economy in 1862. He gained public recognition in 1865 with his The Coal Question, a work in which he warned of the gradual exhaustion of the UK’s coal supplies. His The State in Relation to Labour was published in the year of his death. ……

xxxxx…… Thextheory of marginal utility was developed further by the German economist Carl Menger (1840-1921) in his Principles of Economics, published in 1871, but, unlike Jevons, he rejected the use of mathematics to support his economic theories.