xxxxxThe Italian physiologist Marcello Malpighi was one of the most outstanding microscopists of the century, and is regarded today as one of the founders of histology, the study of cells, tissue and organs. He made a close examination of many parts of the body, and his discovery of capillaries in 1661 confirmed William Harvey’s theory of the circulation of the blood. Among organs studied were the lungs, spleen and kidneys, and he also discovered red blood cells, the inner layer of the skin (the Malpighian layer) and the taste buds on the surface of the tongue. His advanced ideas were opposed by many, but in recognition of his life’s work he was appointed physician to the Pope, Innocent XII, in 1691. He also studied the structure and function of plants and, like his contemporary Nehemiah Grew, wrote papers for the Royal Society. 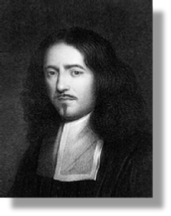 xxxxxThe Italian physiologist Marcello Malpighi, one of the founders of microscopic anatomy, is regarded by many as the most outstanding microscopist of the century. During research spanning over more than 35 years, he made a close examination of many parts of the body. Not least among his findings was the discovery in 1661 that small vessels known as capillaries connected the arteries with the veins, thus confirming and completing the theory of the circulation of the blood, put forward by the English physician William Harvey some 30 years earlier. During his long career he made a detailed study of the structure and components of a number of organs, including the lungs, spleen and kidneys, and also discovered an inner layer of the skin (the Malpighian layer), the make-up of the cerebral cortex, and the papillae (which include the taste buds) on the surface of the tongue.

xxxxxIt was on the strength of such research that he and his contemporary, the Dutch microscopist Antoni van Leeuwenhoek, are regarded today as the founders of what came to be known as the science of histology, a branch of medicine concerned with the minute structure of cells, tissue and organs.

xxxxxMalpighi was born in Crevalcore, near Bologna, and after studying at Bologna University for a degree in medicine and philosophy, was appointed professor of theoretical medicine at Pisa University in 1656. It was here that he began his microscopic observations, and became highly critical of the prevailing teaching in physiology and medicine. For family and health reasons, he returned to Bologna in 1659 and, two years later, made his major discovery concerning the network of pulmonary capillaries that serve to connect the small veins to the small arteries. This finding - later confirmed by Leeuwenhoek - overturned the established belief that on reaching the surface of the body blood was somehow transformed into flesh.

xxxxxDiscoveries of this nature, contradicting as they did ancient medical beliefs, soon involved Malpighi in a great deal of bitter wrangling with his colleagues, many of whom would not accept his findings, either through jealousy or a genuine lack of understanding. Because of this open hostility, in 1662 he went to teach at Messina University in Sicily. It was during his four-year stay there that his work, which included the discovery of red blood cells, attracted the attention of the Royal Society in London. Much of his research was published by the society in the form of letters, and he was later 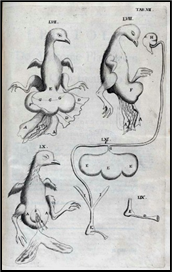 made an honorary member, the first Italian to be thus honoured.

xxxxxHe returned to Bologna University in January 1667 and, in addition to his research into human anatomy, turned his attention to the study of insect larvae - notably the silkworm - and the embryology of a chick (illustrated). But opposition to his work continued, and the last ten years of his life were not happy ones. His health began to decline, and in 1684 his villa was burned down with the loss of his instruments, books and manuscripts. Eventually, in recognition of his life's work, he was invited to Rome in 1691 and appointed personal physician to the pope, Innocent XII. Here he was made a count and elected to the College of Doctors of Medicine. He died in Rome three years later.

xxxxxBy its very challenge to prevailing knowledge, Malpighi's research - revealing though it did the intricate, detailed workings of living things - was not likely to be fully appreciated in his own lifetime. It was left for biologists and physicians of the future to evaluate the worth of his findings, and to use them to advance their knowledge in the fields of physiology, embryology and medicine in general.

xxxxxApart from his research into human anatomy, Malpighi also made a detailed study of the structure and function of plants, and it was in this field that he came to know the English botanist and physician Nehemiah Grew (1682). They are considered today as the founders of plant anatomy. Both wrote treatises on their work, and in 1671 both sent the results of their microscopic studies to the Royal Society in London. 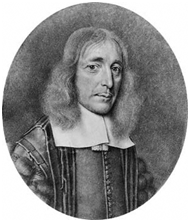 xxxxxLike Malpighi, the English physician Thomas Willis (1621-1673) also did research at this time into the circulation of the blood, concentrating on the method of supply within the brain. It was he who gave the first description of the cerebral arterial circle, situated at the base of the brain and now bearing his name (the Circle of Willis – illustrated below). Details of this research, together with discoveries made during a careful study of the nervous system, were contained in his Anatomy of the Brain, with a Description of the Nerves and Their Function. This work, published in 1664 and illustrated by Christopher Wren, provided the best account to-date of the body's nervous system, and, among other findings, isolated the cranial nerve which stimulates the major neck muscles. 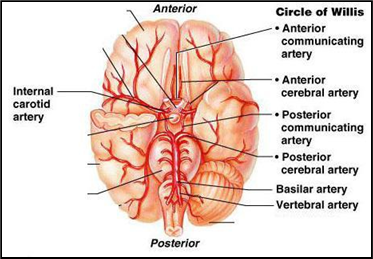 xxxxxIn addition, Willis did pioneer work into the study of diabetes mellitus, and wrote at length about a number of diseases hitherto barely touched upon, such as the mental disorders associated with melancholia and hysteria. In 1671 he was also the first to record the chronic muscular fatigue which can lead to paralysis (myasthenia gravis), and he provided the name for puerperal fever, an infection within the mother following childbirth, and commonly known as childbed fever.

xxxxxHe was born in Great Bedwyn, Wiltshire, and from 1660 to 1675 was a professor of natural philosophy at Oxford. He became well known in London after opening a very fashionable and lucrative practice there in 1666.

xxxxxLike Malpighi, Thomas Willis (1621-1673) studied the circulation of the blood, concentrating on the method of supply within the brain. He was the first to describe the cerebral arterial circle, now named after him. Details of this work, including his study of the nervous system, were contained in his Anatomy of the Brain, with a Description of the Nerves and their Function, published in 1664, and illustrated by Christopher Wren. He also did pioneer work in the study of diabetes mellitus, and wrote at length on mental disorders. He provided the name for puerperal fever, and was the first to record one of the causes of paralysis. 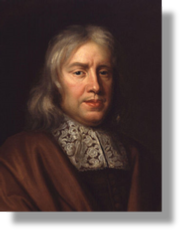 xxxxxResearch of like value was achieved by his fellow countryman and physician Thomas Sydenham. (1624-89). A great believer in the importance of careful observation at the bedside - as opposed to theoretical speculation - he was known by his colleagues as the "English Hippocrates". His major work, published in 1676, was actually called Medical Observations. 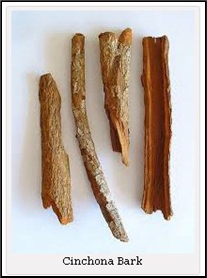 xxxxxA thorough, painstaking practitioner, he provided accurate clinical detail on a number of diseases, including gout, measles, scarlet fever and chorea. The affliction commonly referred to as Saint Vitus Dance - involving involuntary movements of muscles throughout the body, and usually associated with rheumatic fever - is known today as Sydenham's chorea. He also carried out an extensive study of malaria, and was one of the first physicians to recommend the use of quinine for relieving the resulting fever. This substance, obtained from the bark of the cinchona tree, was probably discovered by Jesuit missionaries working in Peru and brought to Europe in the 1640s.

xxxxxValuable findings were also made by his fellow countryman and physician Thomas Sydenham (1624-89). Because of his careful observation at the bedside, he was known by his colleagues as the “English Hippocrates”. His major work, Medical Observations, was published in 1676, and this included accurate details on diseases like gout, measles, scarlet fever and chorea. The affliction called Saint Vitus Dance is today known as Sydenham’s chorea, and he was one of the first physicians to recommend quinine to relieve malaria.