xxxxxThe epic Le Morte D'Arthur, dealing with the heroic exploits of King Arthur and his Knights of the Round Table, was completed in 1470, based on French and English sources. It was very likely the work of the English writer Sir Thomas Malory, a Warwickshire knight who fought in France. The prose is colourful and the tales are simply told. The English printer William Caxton, who wrote the lively preface to the work, published it in 1485. Later, in 1889 the English poet Alfred Tennyson completed The Idylls of the King, a series of poems based on the Arthurian legend. Earlier writers on this subject were the Englishmen Geoffrey of Monmouth in 1139 (ST) and the priest Layamon, around 1205 (JO). 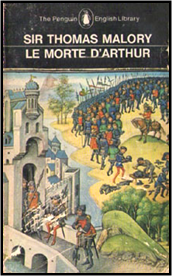 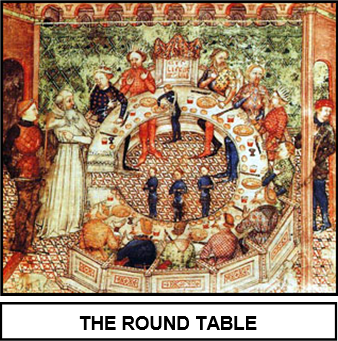 xxxxxThe writer and translator Sir Thomas Malory completed his epic, Le Morte D'Arthur, in 1470, just a year before his death. The first outstanding work in English prose, its various books deal with the heroic exploits of King Arthur and his Knights of the Round Table, and it is a compilation of French and English sources plus contributions from his own pen. As such, it provides the fullest version of the legends concerning this king of the Britons. The tales are often tinged with regret for the passing of the age of chivalry, whilst the prose is colourful, melodious and refreshingly simple.

xxxxxThere is some doubt as to the identity of the author, but it is generally accepted that he was Thomas Malory of Newbold Revel, Warwickshire, a knight who fought in France and was the member of parliament for Warwick, being knighted in 1445. This said, it is also believed that he spent some time in prison for serious criminal offences, and that much of the epic, probably compiled over twenty years, was accomplished while he was in custody. The lively preface to the work was written by the printer William Caxton, who gave the tales their title and published them in 1485.

not the first we have heard about the Arthurian legend. You may recall that in about 1139 (ST) Geoffrey of Monmouth completed a Latin chronicle entitled Historia Regum Britanniae, in which he introduced the Arthurian legend into European literature. Then around 1205 (JO) the English priest Layamon, basing his poem Brut on the French translation of this chronicle, wrote about the legend for the first time in English and added some new material, including the founding of the Round Table.

xxxxxIncidentally, the English poet Alfred Tennyson later wrote a long series of poems on the Arthurian legend. Contained in his work The Idylls of the King, they were written over thirty years, the last one being composed in 1889. They somewhat lack the vitality and excitement of Malory's version, but like all his poems, they are remarkable for their musical quality and their descriptive passages. ……

xxxxx…… And the Arthurian frescoes produced in the debating chamber of the Oxford Union in the late 1850s - the work, amongst others, of the Pre-Raphaelite artists and designers Dante Gabriel Rossetti, William Morris and Edward Burne-Jones - were based on Malory’s Le Morte D’Arthur.