xxxxxThe French astronomer Nicolas Lacaille, having arrived at the Cape of Good Hope, South Africa, in 1750, spent the next two years determining the position of some 10,000 stars in the southern hemisphere. During his stay, he also named fourteen new constellations, made the first measurement of the arc of meridian in this hemisphere, and, with the assistance of his fellow countryman Jérôme Lalande, arrived at a more accurate distance of the Earth from the Moon. His findings were published in his Catalogue of the Southern Sky in 1763.

Lacaille: artist unknown, contained in Atlas of the Messier Objects: Highlights of the Deep Sky, published in 2008, the work of Ronald Stoyan, a German journalist specializing in astronomy. Mayer: date and artist unknown. Wright: detail, mezzotint by the Irish artist Thomas Frye (1710-1762), 1737. 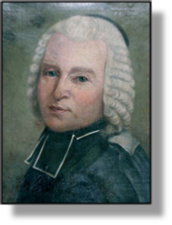 xxxxxThe prominent French astronomer Nicolas Louis de Lacaille was born in Rumigny, near Rheims. He studied theology in Paris, but became interested in astronomy in 1737 and, over the next two years, took part in projects organised by the Academy of Sciences. He was appointed professor of mathematics at Mazarin College, Paris in 1739, and admitted to the Academy two years later.

xxxxxIn 1750 he led an expedition to the Cape of Good Hope, South Africa, and over the next two years determined the positions of some 10,000 stars of the southern hemisphere. And despite his limited equipment, he also catalogued a number of stars invisible to the naked eye, and named fourteen new constellations. Before leaving the Cape, he made the first measurement of the arc of meridian in the southern hemisphere and, given data provided by his fellow countryman and astronomer Jérôme Lalande, working in Berlin, he was able to provide a much more accurate measurement of the distance from the Earth to the Moon.

xxxxxAfter returning to France in 1754, he collated all his findings, and these were contained in his Coelum australe stelliferum, (Catalogue of the Southern Sky) published in 1763, the year after his death. These observations in the southern hemisphere were the first undertaken systematically since the visit of the English astronomer Edmund Halley to the island of St. Helena in 1677.

xxxxxIncidentally, Lacaille named one of the constellations he discovered Fornax Chemica (Chemical Furnace) in honour of the French chemist Antoine Lavoisier.

xxxxxThe German astronomer Johann Tobias Mayer (1723-62), in his lunar studies, discovered the "libration" (apparent wobbling) of the moon; deduced that the moon had no atmosphere; and, in 1750, produced a map of the moon's surface. A cartographer by trade, he also made use of astronomical data to determine more accurately the lines of latitude and longitude. But his most valuable contribution was his Lunar Tables of 1753. Extremely accurate, these were used by the British Board of Longitude to assist navigation. The Astronomer Royal, Nevil Maskelyne, made this data of practical use to navigators, and the results were published in the annual Nautical Almanac, begun in 1766. 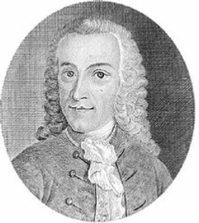 xxxxxA German cartographer of this period who put his knowledge of astronomy to good use was Johann Tobias Mayer (1723-62). Born at Marbach, Wurttenberg, he studied surveying, but otherwise was largely self-taught. After producing an original treatise on geometry, he joined the Homann Cartographic Bureau in Nurnberg in 1746. It was at this time that he began to gain a reputation for his study of astronomy, notably his discovery of the "libration" - or apparent wobbling - of the moon, published in the transactions of the Nurnberg Cosmographic Society. Then in 1750 he produced a map of the moon's surface, and deduced that the Earth's satellite had no atmosphere. It was on the strength of such research that the following year he was appointed professor of economy and mathematics at the University of Gottingen. Three years later he became sole director of the observatory there, a post he had shared since 1751. 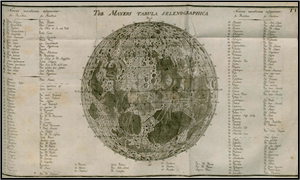 xxxxxAs a cartographer he produced thirty maps of Germany, making ingenious use of astronomical data - obtained from lunar oscillations and eclipses - to determine more accurately the lines of latitude and longitude. But his most valuable contribution came in 1753 with the publication of his Lunar Tables. These showed with much greater accuracy than achieved hitherto the motion of the moon. Two years later, after further revision, these tables were submitted to the British Board of Longitude, then anxious to find a way to determine longitude at sea. The astronomer royal, Nevil Maskelyne, was given the task of making this data of practical use to navigators, and the results of this work were published in the annual Nautical Almanac, begun in 1766. A London edition of the tables was published in 1770. Such were the value of Mayer's findings that in 1765 the Board of Longitude awarded his widow the sum of £3000. 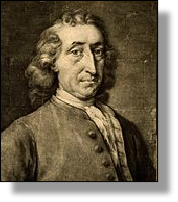 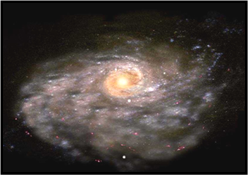 xxxxxIt was in 1750, the year Mayer produced his map of the moon, that the English astronomer Thomas Wright (1711-1786) published his New Hypothesis of the Universe. In this work, he was the first to propose that the universe was made up of a large number of galaxies and that the Milky Way was a layer of stars. His findings were confirmed by the German-born English astronomer William Herschel towards the end of the century, and they supplied the German philosopher Immanuel Kant with his ideas about the origin of the world. Born near Durham, Wright began his working life as an apprentice to a clockmaker, but he later turned to teaching mathematics and matters of scientific interest, and this led him to a study of astronomy and the finding of advanced discoveries in this field.