xxxxxThe English comic dramatist and poet Ben Jonson gained fame in 1598 with his Every Man in his Humour, a comedy in which each character personified a particular vice. This was followed by a number of satirical works exposing the follies and shortcomings of men. Best amongst these were The Fox of 1606, The Alchemist of 1610, and Bartholomew Fair, performed in 1614. He also produced a series of brilliant masques to entertain the royal court, many of the settings and costumes being designed by the London architect Inigo Jones. Jonson was the acknowledged wit of those writers who gathered at the Mermaid Tavern, and his work had a particular influence not only on Restoration drama, but also on the poet Robert Herrick and the novelists Henry Fielding and Tobias Smollett. 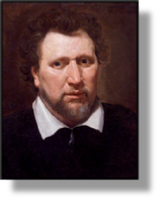 xxxxxThe English comic dramatist and poet Ben Jonson first came to prominence with his original comedy, Every Man in his Humour. Produced at the Globe Theatre in 1598, it established the English "comedy of humours", so named because each character personified a particular vice (or "humour"), such as lust, jealousy or greed. This was followed by Every Man out of his Humour, Cynthia's Revels, and Poetaster, but his finest comedies came in the early years of James I's reign with The Fox (or Volpone) of 1606, The Silent Woman of 1609, The Alchemist of 1610, and Bartholomew Fair of 1614. These satirical works were uncompromising in exposing the follies and vices of men, holding them up to ridicule in the hope that those who laughed at them would recognize their own faults and mend their ways.

xxxxxHis tragedy, Sejanus, based on Roman history and performed in 1603, included Richard Burbage and William Shakespeare in the cast, but was laboured in style and failed to please. Likewise his later works, produced after a long absence from the stage - such as The New Inn of 1629, and the Tale of the Tub and The Sad Shepherd of the 1630s - showed that he had lost touch with the changing mood of the times. Alongside these plays, however, he continued to write for Court entertainment, producing a series of brilliant masques to delight the upper classes. These proved ideal vehicles for his ready wit, erudition and lyric poetry. Many of the elaborate settings and costumes for these works - which included The Masque of Beauty and The Masque of Queens - were designed in partnership with the noted London architect Inigo Jones.

xxxxxAs a writer and poet, his epistles, epigrams and lyrics were published in two collections: The Forest in 1616 (which includes the well-known song Drink to Me Only with Thine Eyes), and Timber, published posthumously in 1640 and containing a tribute to the work of William Shakespeare.

xxxxxJonson was born in London. He attended Westminster School, but did not go on to university. He worked for his father as a bricklayer, and then saw military service in Flanders before entering the theatre as an actor and dramatist in about 1592. He never made it as an actor, but, as a playwright, his unique brand of 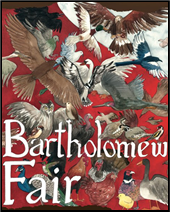 comedy had an influence not only upon English drama - notably the Restoration dramatists - but also on poets, like Robert Herrick, and novelists, like Henry Fielding and Tobias Smollett. Indeed, in his scathing attack upon the shortcomings spawned by a materialistic society, his work continues to strike a familiar chord. In his own day, he was the outstanding wit of that talented group of writers who gathered at the Mermaid Inn in the city of London, and, by his insistence on keeping to classical forms and rulings, he did much to improve the structure of English drama. 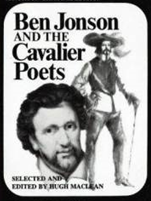 xxxxxIn 1616 James I granted Jonson a pension in recognition of his services to the Crown "as a poet". This pension was increased by Charles I in 1630 along with an annual "butt of canary wine" (discontinued in 1790). As a consequence Jonson is regarded today as the first Poet Laureate, though the term was not used in his time and, after his death, sixteen months elapsed before the poet Sir William Davenant was granted a similar pension. In 1668, however, with the appointment of John Dryden, the title was recognized as a royal office, to be filled automatically on becoming vacant.

xxxxxIncidentally, Jonson's career almost came to an abrupt and early end. In 1597 he spent a brief time in prison for the production of a "seditious" comedy (since lost), and in 1598 he killed a fellow actor in a duel and narrowly escaped the gallows. He was branded, all his possessions were confiscated, and he was again imprisoned for a short while. ......

xxxxx...… Jonson has the distinction of being the only person buried in Westminster Abbey in an upright position. The story goes (or one of them) that he once said that, as he was a poor man and nobody would be prepared to pay for his burial, all he wanted was a plot two feet square. The Dean took him at his word and, when Jonson died, he had him buried standing up in the north aisle of the Nave, not in Poets' Corner. As far as his memorial stone goes, one version is that a certain Jack Young, walking by as the grave was being closed up, gave the mason eighteen pence to cut out the words. Another version is that it was paid for by William Davenant, Jonson's successor as poet laureate. This is the more probable of the two, because the letters "O RARE" also appear on his tomb stone. However, whoever did it got the name wrong! ……

xxxxx…… We are told that Jonson was to have had a monument erected in his honour soon after his death, but that the Civil War put pay to that idea. Eventually, in 1723 a monument was erected in the eastern aisle of Poets' Corner, designed by the Scottish architect James Gibbs, executed (probably) by the Flemish sculptor John Michael Rysbrack, and paid for by the Earl of Oxford.

xxxxxThe work Philosophaster, written by the English scholar and cleric Robert Burton (1577-1640) in 1606 was similar in aim to Jonson’s Alchemist, attacking as it did all show of pretentiousness. Burton is best remembered, however, for his The Anatomy of Melancholy, a vast compendium of knowledge on the causes and possible cures of melancholia. Though produced as a learned treatise, it was not without touches of humour and contained some interesting anecdotes and snippets of information. Not fully appreciated until the 18th century, it was particularly admired by the English writers Samuel Johnson, Laurence Sterne and Charles Lamb. 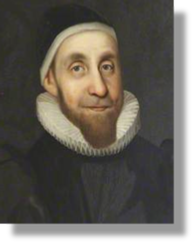 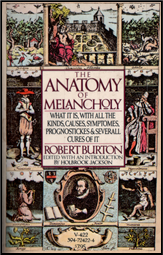 xxxxxThe book Philosophaster, written in 1606 by the scholar and cleric Robert Burton (1577-1640), is not dissimilar in aim to Jonson's Alchemist, attacking as it does all show of pretentiousness. However, it is his masterpiece, The Anatomy of Melancholy, by which Burton is best remembered today, if only for the influence this work had on later English writers. Published under the pseudonym Democritus Junior in 1621, this was a massive compendium of knowledge in which he attempted to analyse the causes, symptoms and possible cures of melancholia. In pursuit of his task he produced a mine of information from a vast array of disciplines - such as medicine, history, psychology, theology and the classics -, and thus provided a valuable insight into the current ideas and opinions of society over a wide range of diverse subjects.

xxxxxBurton handled his material well, showing a good knowledge of his chosen subject and making some sound conclusions. But learned though this treatise on melancholia was, it was written in an attractive style, was not without touches of humour, and contained some interesting anecdotes and snippets of incidental information. The work was later enlarged several times, but as its interest lay in its historical value, it was not until the 18th century that its worth was fully appreciated - notably by Samuel Johnson and Laurence Sterne (who clearly made use of it in his novels). Later it was much admired by Charles Lamb and, as a consequence, became more widely known.

xxxxxHe was born in Lindley, Leicestershire. He studied at Oxford and then stayed on as a life-fellow of Christ Church College. There he worked as the college librarian, but he was also vicar of St., Thomas' Church in the town. As far as is known, he travelled little, if at all, leading what he described as "a silent, sedentary and solitary life".