xxxxxThe Scottish philosopher, economist and historian David Hume published his major work, A Treatise of Human Nature, in 1740. It contained the essence of his thinking, but he later refined his philosophy in a number of additional works, notably An Essay Concerning Human Understanding of 1748, and Enquiry Concerning the Principles of Morals of 1751. Like Locke and Berkeley, he held that knowledge could only be gained from the senses (empiricism), but he went further, arguing that people were but a "collection of different conceptions" and that human reasoning was not a reliable path to truth. His excellent History of England, published over eight years (1754-62), broke new ground in that it covered matters other than political events - like literature and science -, and he made a useful contribution to economic theory in his Political Discourses. He spent some time in France and met amongst others the philosophers D'Alembert, Diderot and Rousseau. He became a close friend of Rousseau and brought him back to England in 1766, but they later fell out amid public recrimination. In economic matters he assisted his friend Adam Smith, whilst in philosophy he influenced, above all, the Englishmen Jeremy Bentham and John Stuart Mill, and the French sociologist Auguste Comte. A man of remarkable talent, he was much admired by Locke, and the biographer James Boswell considered him "the best writer in Britain". Praise enough. 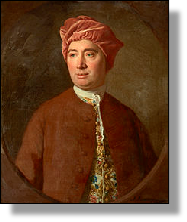 xxxxxThe Scottish philosopher, economist and historian David Hume was born in Edinburgh, and attended the university there at the age of twelve. He worked in a merchant's office in Bristol for a short time, but did not find the commercial world to his liking. Anxious to follow a literary career, in 1734 he went to France where, residing at La Flèche, he spent three years writing his major work, A Treatise of Human Nature. He returned to England in 1737 and, after completing its publication in 1740, returned to his family home in Berwickshire. It was there that he wrote his Essays Moral and Political. This work proved much more successful than his Treatise, which, whilst containing the essence of his thinking, was ill-constructed and was made somewhat obscure by ambiguity in its terminology. (Hume himself later regarded it as immature.) 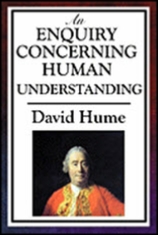 xxxxxHe spent the next few years taking up a variety of appointments - in one of which he saw some military action - but it was during this period that he produced his An Enquiry Concerning Human Understanding of 1748, and his Enquiry Concerning the Principles of Morals, published in 1751, works which showed a refinement and a clearer presentation of his earlier thinking on human understanding and moral doctrine. He moved back to Edinburgh in 1751 and it was over the next twelve years, during which he worked as the keeper of the Advocates' Library, that he wrote his six-volume History of England. Published at intervals from 1754, and covering the period from Caesar's invasion to the Glorious Revolution of 1688, this work broke new ground in the telling of history. Very readable and impartial to a large extent, it was not simply a chronological account of political events, but touched on the development of literature and science, for example, and described the changes brought about by economic forces. In this respect it set the mould for future works of popular history. 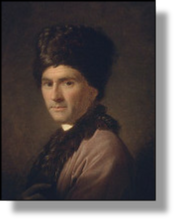 xxxxxHaving completed this work in 1762, he returned to France where, for the next three years, he was secretary to the British ambassador in Paris. A highly popular member of Paris society on account of his personality as well as his learning, it was while there that he met, among others, the philosophers D'Alembert, Diderot and Rousseau. He became a particularly close friend of Jean Jacques Rousseau (illustrated) and, on his return to England in 1766 brought him back with him, and found him a country house in Staffordshire where he might be safe from persecution. However, the arrangement did not last long. Rousseau, ever suspicious, feared some sort of plot against him, and fled back to France, where he publicly denounced Hume. In order to clear his name, Hume felt obliged to publish A Concise and Genuine Account of the Dispute Between Mr. Hume and Mr. Rousseau. (The portrait of Rousseau is by the Scottish artist Allan Ramsay.)

xxxxxHume retired to his beloved Edinburgh in 1768, and spent some time revising his writings and producing new editions. He died there eight years later after a long period of illness. His Dialogues Concerning Natural Religion, in which he criticised rational arguments supporting the existence of a God, were published three years after his death, doubtless to avoid further clashes with the church authorities. Also published posthumously was his The Life of David Hume, Esquire, Written by Himself, completed just a few months before he died. To this, the Scottish economist Adam Smith added a letter, describing his friend as near to the idea of a "perfectly wise and virtuous man as perhaps the nature of human frailty will permit." 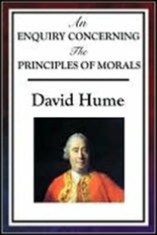 xxxxxIn his A Treatise of Human Nature, and in his subsequent philosophical works, Hume's thinking was clearly influenced by the ideas of the British philosophers John Locke and George Berkeley. Like him, both had made a sharp distinction between reason and sensation, arguing that knowledge can only be gained from the senses (known as empiricism). Indeed, Locke, Berkeley and Hume are traditionally recognised as the British empiricist school. But Hume went further. He sought to found a science of human nature in much the same way as the Englishman Isaac Newton had explained the physical world in scientific terms. Following this line of thought, he denied the existence of the individual self, maintaining that because people do not constantly perceive of themselves as distinct entities, they are "nothing but a bundle or collection of different perceptions". Furthermore, on the highly controversial matter of causal relationship, he argued that "inductive reasoning", formed by observing a number of similar cases ("habitual association") was not logically justified - and not, therefore a reliable path to the truth - because there was always the possibility of an exception. All swans were considered to be white until black ones were discovered in Australia!

xxxxxIt followed that religious faith could never be proved by human reason. God could neither be proved nor disproved. It is hardly surprising that such scepticism put pay to any hopes he had of becoming a professor at Edinburgh or Glasgow Universities, or that in 1761 his works were banned as "forbidden books" by the Roman Catholic Church! Nonetheless, in his ethical thinking he emphasised altruism. Human beings have a sympathy with one another, he maintained, and their concept of right and wrong is motivated by a regard for the happiness of others as well as for their own.

xxxxxHume also made a noteworthy contribution to economic theory. In his Political Discourses, incorporated in his Essays Moral and Political, he put forward some advanced economic theories concerning the nature of wealth, the free interchange of products, and the significance of varying interest rates.

xxxxxA major figure of his day, be it as a philosopher, historian or economist, Hume's thinking had a marked influence upon the 19th century English philosophers Jeremy Bentham and John Stuart Mill, and upon the French sociologist Auguste Comte (illustrated), whilst in the field of economics, his close friend, the outstanding economist Adam Smith, owed more than a little to his economic insight. The Englishman James Boswell, the famous biographer of the man-of-letters Dr. Samuel Johnson, referred to him as "the greatest writer in Britain". That is praise enough.

xxxxxIncidentally, when Hume was on his deathbed, a friend asked him if he believed in life after death. His reply was that of a true philosopher and sceptic: "It is also possible that a knob of coal placed upon the fire will not burn."

xxxxxAnother pioneer in economics at this time was the Frenchman François Quesnay (1694-1774), whom Hume might well have met during his stay in Paris. The leader of a school of economists known as the Physiocrats, he believed in free trade and laissez-faire. Only the land contributed wealth to the nation, he argued, so non-productive areas like industry and commerce should be freed from state regulation (a practice known as "mercantilism") and replaced by a single tax on land. These theories, put forward in his treatise Tableau économique of 1758, clearly put too much faith in a purely agricultural economy, but the Physiocrats were the first to attempt a systematic approach to economics, and their doctrine of free trade may well have influenced the thinking of the English economist Adam Smith. 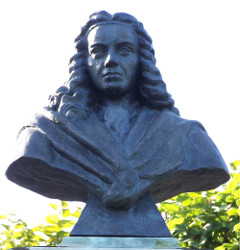 xxxxxAnother pioneer at this time in the field of economics was the Frenchman François Quesnay (1694-1774), whom Hume might well have met while in Paris. He was trained as a doctor, in fact, and became a court physician to both Madame Pompadour and Louis XV, but he had always had an interest in economic matters. During the 1750s he wrote articles for the Encyclopédie, and, at his home in Versailles, he founded a school of economists known as the Physiocrats. He and his followers were the first to attempt a systematic approach to economics, and one which included the theory of free trade and the policy of laissez-faire. They argued that the free movement of goods was in accordance with a natural law in economics and that, this being so, the state should play no part in the direction of economic activity. 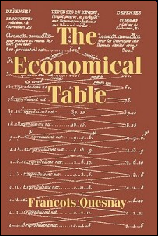 xxxxxThese basic principles were set out in Quesney's major work, the Tableau économique, in 1758. This produced a diagram showing the relationship between society's economic classes, and calculating the flow of money and goods between them. By making a comparison between the economic contribution of workshop and farm, he concluded that, save for fishing, land was the only source of the nation's wealth. As agriculture was the only means to increase wealth, then it followed that industry and commerce were basically non-productive. Thus the vast number of taxes that regulated the nation's economy - a practice known as "mercantilism" - should be replaced by one single tax on land.

xxxxxLike Hume, the Physiocrats believed in the free interchange of products, and it is this aspect of their theories above all - the doctrine of free trade - which may well have influenced the thinking of the English economist Adam Smith when he met up with them during a visit to Paris.