xxxxxIt was in 1419 that Prince Henry, son of John l (1386 R2) established his school for navigation at Sagres on the south-west tip of Portugal. Apart from hundreds of seamen, this attracted mapmakers, astronomers and shipbuilders. It proved a highly successful enterprise. Here was developed the Caravel, the vessel which, apart from discovering the Atlantic islands of Madeira, Cape Verde and the Azores, sailed down the west coast of Africa as far as Sierra Leon. In sending out these expeditions, it would seem that Henry had two aims: to take Christianity to South Africa before the Muslims reached there, and to bring back treasure to finance further voyages into the unknown. By so doing he initiated the great age of discovery in which his country was to take its place as one of the major colonial powers. But for Henry, as we shall see, all was not plain sailing when he attempted to capture the port of Tangiers in 1437 (H6). 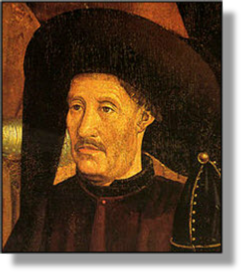 xxxxxPrince Henry the Navigator was the third surviving son of John I of Portugal (whom we met in the reign of Richard II in 1386). In 1419, anxious to open up new sea routes and, in particular, to search along the African coast for a possible southerly or easterly route to India, Henry established a school for navigators at Sagres, the first establishment of its kind in Europe. Situated on a rocky neck of land at the south-west tip of Portugal, it proved a veritable hothouse for sea exploration, attracting not only hundreds of seamen, but also cartographers, instrument makers, astronomers and shipbuilders. Quite apart from improvements made in mapmaking and navigation, it was here that the Portuguese developed their sturdy sailing ship, the highly successful Caravel.

xxxxxHenry, whose mother, by the way, was Philippa of Lancaster, daughter of John of Gaunt, started his career in 1415 when he directed operations during the successful capture of the port of Ceuta on the Moroccan coast. It was after this that he began to sponsor ships for exploration. Within the next twelve years his missions discovered and/or colonised Madeira, the Cape Verde Islands and the Azores. He then concentrated on the West African coast, and lived long enough to see his ships reach the Canary Islands and as far south as Sierra Leone and, possibly, the Gambia. As we shall see, the entrance to the River Congo was eventually reached by Diogo Cao in 1482 (E4). 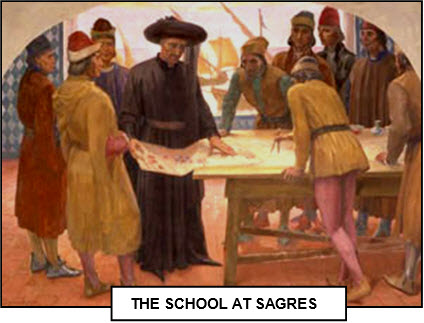 xxxxxHenry’s motives for directing these missions - he never travelled on them himself - were probably mixed. He certainly feared and hated Islam. Early on, his elder brother Pedro had made a tour of Europe and alerted Henry to the threat posed by the Ottoman Turks. Thus it has been suggested that one of his reasons for pushing south along the west coast of Africa was to bring Christianity to southern Africa before the Muslims reached there. But when Pedro returned from his travels in 1428 he also brought with him a copy of Marco Polo’s travels, translated for Henry’s benefit. This account might well have stirred his imagination and whetted his appetite for the treasures of this world. We know that to help his country and finance his own projects, one of his aims was to capture the Guinea trade in gold, then in the hands of the Muslims. And by the 1440s the trade in slaves to Portugal had become sufficiently large to warrant the building of a trading post on Arguin Island, off the coast of Mauritania. 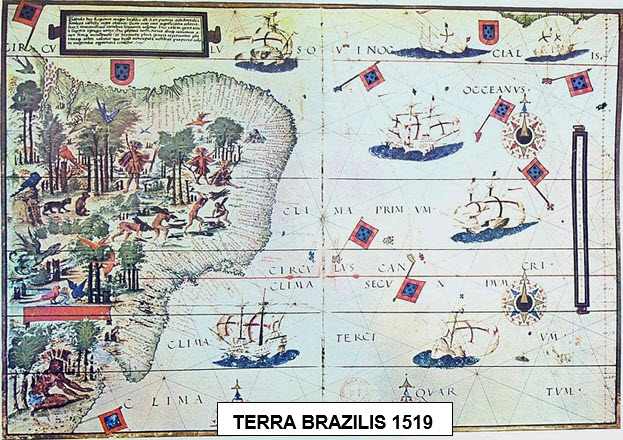 xxxxxBut whatever his motives, Henry the Navigator gave his country a head start in exploration and colonisation which no other maritime country matched at that time. He was no mariner himself, but by his patronage of navigators he can rightly be regarded as the initiator of the great age of discovery. Over the next century Portugal was to become one of the great colonial powers, conveniently assisted, it must be said, by having a long seaboard facing what came to be known as the New World! In the East, the Portuguese were to dominate the valuable trade in spices, silk and porcelain, whilst in the West they were to become masters of the vast territory of Brazil in South America (illustrated). Not until the end of the 16th century, in fact, was Portugal’s Empire challenged and finally overtaken.

xxxxxAs we shall see, however, not all of Henry’s enterprises were successful. He had taken a leading part in the capture of Ceuta on the Moroccan coast in 1415, and this had been a great success, but an expedition to take the neighbouring port of Tangier in 1437 (H6) had quite a different ending. 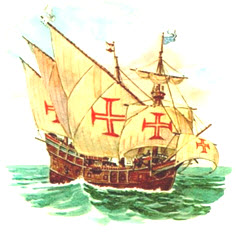 xxxxxIncidentally, in 1420, for his work in converting pagans to Christianity via his expeditions, Henry was made grand master of the Order of Christ, the highest order sponsored by the pope, and one which granted funds. This explains how Henry the Navigator managed to finance some of his missions, and also why the sails on his ships bore the red cross of the crusader. The name “Navigator”, is not truly accurate, of course, and was given to Henry by the English. The Portuguese seldom used the term.