xxxxxThe English novelist and poet Thomas Hardy centred most of his 18 novels around rural life in his home county of Dorset in southern England. He was deeply concerned about the effects of the industrial revolution upon the farming communities of his day and, as a result, his works tended to be pessimistic in tone and tragic in outcome. His stories, noted for their penetrating study of human relationships in matters of love, sex and ambition, revolved around his characters’ wayward passions and desires, and the cruel part played by fate in their lives. He gained recognition in 1874 with his Far from the Madding Crowd, and then fame with his Return of the Native four years later. In the 1880s he produced two of his outstanding stories, The Mayor of Casterbridge and The Woodlanders. In the early 1890s, however, his two novels, Tess of the d’Urbervilles and Jude the Obscure - today regarded as two of his finest works - aroused public condemnation, questioning as they did the sanctity of marriage and the role of the Church. Such was the volume of criticism against him that he abandoned the novel and spent the next thirty years writing poetry. His verse, contained in eight collections, including Wessex Poems, Satires and Circumstances, and a three-part drama entitled The Dynasts, has come to be highly regarded. 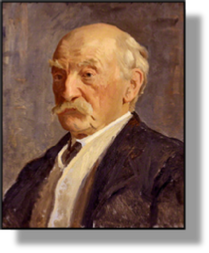 xxxxxEnglish novelist and poet Thomas Hardy was born in Upper Brockhampton, near Dorchester, in the county of Dorset, and the harsh, rugged beauty that surrounded his childhood home - the area he called Egdon Heath - came to play a prominent part in most of his novels. Set in the semi-fictional countryside of Wessex, his stories are centred around the harsh working conditions of life on the land. Some of his characters are humorous, but in general, his works are full of tragedy and gloom, noted above all for their penetrating study of human relationships within the closely-knit rural communities he knew so well. It is his characters’ constant struggle against their own wayward passions and desires on the one hand, and against the unrelenting forces of fate on the other, that provides his works with their dramatic intensity. His 18 novels include his three most famous works, Far from the Madding Crowd , The Mayor of Casterbridge, and Tess of the D’Urbervilles. A poet of distinction, in later life he produced over 900 poems, many of which have come to be highly valued for their literary merit.

xxxxxHardy’s father was a self-made mason and master builder, but it was his mother, a thoughtful, intelligent woman, who inspired his interest in literature. From both, however, he acquired a wealth of local stories, and these tales, together with his walks in the Dorset countryside, gave him an intimate knowledge of rural life in this remote area of southern England. He was educated locally but, because of his delicate health, he did not start school until the age of eight. Nonetheless, he quickly showed ability at learning French and Latin, and at the age of 16 he began a five year apprenticeship with John Hicks, a Dorchester architect. Then in 1862, to further his career, he went to work in London as an assistant to an architect. He lived in the capital for five years and, as far as his work was concerned, his stay was a successful one, but it was during this time that he came to read and appreciate the poetry of his day - notably that of Shelley, Wordsworth, Browning, and Swinburne - and this changed the course of his life. In 1867, tired of the noise and bustle of London and dogged by ill-health, he returned to his beloved Dorset, taking up his former employment in Dorchester, but determined to become a poet.

xxxxxHis high hopes in that direction were quickly dashed, however. No publisher was interested in his verse, and he was obliged to turn his hand to writing novels. His first effort The Poor Man and the Lady, completed in 1868, never found a publisher but, in fact, its theme - the growing attraction of town life and the consequent decline of traditional village life - was to be the basis of many of his future novels. And it was at this stage that his mentor and friend, the novelist George Meredith, advised him to develop a more powerful plot in the style of the novelist Wilkie Collins. As a result, the thriller Desperate Remedies was published in 1871. It was not well received, but it was to start him on a long and highly successful career. This melodrama was quickly followed by Under the Greenwood Tree, a pastoral novel with a happy ending, and A Pair of Blue Eyes, a story developed around a love triangle and partly based on his courtship of his future wife Emma Gifford (whom he first met in 1870). 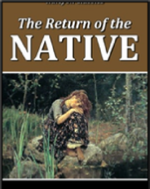 xxxxxLiterary success came in 1874 with his novel Far From the Madding Crowd, a powerful drama of human passions, centred around the loves of the wilful and vain Bathsheba Everdene, and played out in the rural life and stark landscape that Hardy loved and knew so well. Then four years later his reputation was assured with the publication of The Return of the Native, a sensational story of illicit sex and thwarted ambition in which the raven haired sensuous beauty Eustacia Vye - Hardy’s most captivating heroine - risks reputation, tragedy and, eventually, life itself to break free from the drudgery and humiliation of living the wife of a humble labourer on Egdon Heath. Try though she might, that vast, forbidding expanse of scrub and wasteland triumphs in the end. 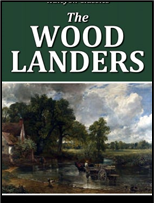 xxxxxFollowing his marriage to Emma in 1874, the Hardys lived in a variety of places, including London, Yeovil, and Sturminster Newton, and they finally settled at Max Gate, their home in Dorchester, in 1885. It was then that he produced two more of his best known works, The Mayor of Casterbridge in 1886, and The Woodlanders the following year. The first tells of the rise and tragic fall of Michael Henchard, and won acclaim for its brilliant study in depth of this “man of character”. And it highlighted, too, the wind of change that was blowing through life in the rural community, putting an end, be it gradually, to the traditions of country life he had known as a boy. The Woodlanders, based on a small village called Hintock, pursued another of Hardy’s common themes, the consequences of poor marriages and unrequited love.

xxxxxBy now Hardy’s works had become extremely popular and he was recognised as a leading English novelist, but all this was to change with the publication of his next two novels. Tess of the d’ Urbervilles, produced in 1891, a tragic story full of misery and anguish, deeply offended public opinion by taking as its main character Tess Durbeyfield, a single woman who had been seduced and given birth to a child. There was open condemnation of Hardy’s subtitle to the novel, “A Pure Woman Faithfully Presented”, and of his apparent acceptance of illicit sex. And worse was to follow. Jude the Obscure, published four years later, caused an even greater public outcry, questioning as it did the sanctity of marriage, the role of the Church, and the class system. It was dubbed by some Jude the Obscene! Indeed, such was the volume of criticism hurled against him that Hardy, distressed by what he saw as “small mindedness”, decided to finish as a novelist and return to his first love, the writing of poetry.

xxxxxHe was true to his word, and English literature benefited from his decision. Over the next 30 years - until his death in fact - Hardy wrote some 900 poems, contained in a three part drama in verse entitled The Dynasts - centred around the Napoleonic Wars - and eight collections. Among these were his Wessex Poems, Poems of the Past and Present, Satires and Circumstances, Late Lyrics and Winter Words. Not surprisingly, some of his verse testifies to his love of the Dorset countryside, but, as in many of his novels, there is often to be found a sizeable streak of pessimism - captured in his fiction by the wild, barren stretches of Egdon Heath. He was deeply concerned about the break down of traditional rural life, brought about by the expansion of industry and urbanisation, and, as a believer in Darwin’s theory of evolution, he saw humans as powerless against the merciless forces of blind fate. This said, he often made reference to the supernatural in the form of ghosts and spirits. 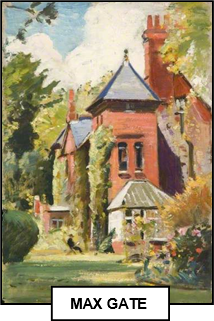 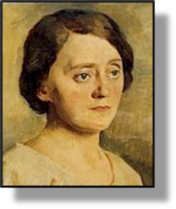 xxxxxHardy’s wife Emma died in 1812.  Save for the early years, the marriage was not a particularly happy one, and estrangement came in later years when the sexual references in his last two novels were seen by some as a reflection of his own married life. Nonetheless, following her death his grief and remorse were intense, eloquently expressed in his group of poems named Vestiges of an Old Flame. Two years later he married his secretary, Florence Dugdale (illustrated). Despite the difference in their ages - close on forty years - the marriage seems to have been a happy one, and it was she who later compiled a two-volume biography of her husband, much of it with his assistance.

xxxxxDespite the public criticism he aroused in his later novels, by the turn of the century Hardy had come to be recognised as a master storyteller and one of England’s outstanding writers. His novels clearly influenced Somerset Maugham, D.H. Lawrence, and Virginia Woolf, and he numbered among his friends Robert Browning, Matthew Arnold, Lord Tennyson and Robert Louis Stevenson. His poetry influenced, among others, the war poets Rupert Brooke and Wilfred Owen, and, in the long term, Dillon Thomas. He was awarded the Order of Merit in 1910, and among his many honours were honorary degrees from Oxford and Cambridge Universities.

xxxxxIncidentally, many of Hardy’s novels were initially published in serial form in popular magazines, and this accounts for the fact that many of his stories are punctuated by a series of dramatic climaxes, each marking the end of an instalment! ……

xxxxx…… Hardy gave fictitious names to towns and villages throughout his Wessex region. To name a few in Dorset, the county of his birth: Casterbridge was Dorchester, Kings Bere was Bere Regis, Weatherbury was Puddletown, Budmouth Regis was Weymouth, and Warbone was Wimborne. …… 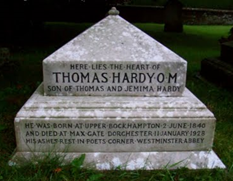 xxxxx…… When he died, Hardy’s heart was buried in Emma’s grave at Stinsford and his ashes were interred in Poet’s Corner in Westminster Abby - and that despite the fact that he had explicitly asked that he be buried beside Emma. However, the story goes - totally unfounded - that Hardy’s heart was left unattended by his housekeeper and was promptly eaten by her cat. A pig’s heart, so it is said, was used in its place! ……

xxxxx…… The Dorset County Museum at Dorchester has a large collection of Hardy’s manuscripts, diaries and notes, together with a reconstruction of his study at Max Gate, complete with the author’s desk and pens.