xxxxxThe Swiss physician, botanist and poet Albrecht von Haller accomplished pioneer work in the development of modern neurology, conducting many experiments into the function of the nervous system. For his study of the physical and chemical process in living organisms, he is regarded as the father of physiology. His many detailed anatomical studies included the brain, genital organs, and the cardiovascular and respiratory systems. He also wrote a treatise on embryonic development. He was a professor at Gottingen, Germany, for 17 years, but ended his days at Berne. His major works were Experiments in the Anatomy of Respiration of 1747, and a vast work entitled Elements of Human Physiology, begun in 1756. As a botanist he made a special study of Swiss vegetation, and his major literary work was the descriptive poem The Alps, written in 1729. 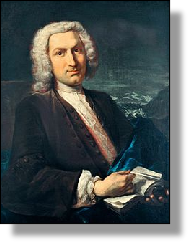 xxxxxThe Swiss physician, botanist and poet, Albrecht von Haller, laid the foundations for the development of modern neurology. In his pioneer study - conducted through a large number of practical experiments - he traced nerves to the brain and spinal cord, and was the first to put forward the theory that they trigger muscle contraction. He also discovered that all living tissue has the ability to contract when touched (known as irritability), but that only tissue supplied with nerves possesses sensitivity (awareness of touch).

xxxxxHaller was born in Berne and studied at the universities of Tubingen in Germany and Leiden in the Netherlands. He then carried out extensive research in the field of botany as well as that of anatomy, and it was on the strength of these studies that, in 1736, he was appointed professor of medicine, anatomy, surgery and botany at Gottingen University in Germany. He remained in this post for seventeen years, during which time he published his Experiments in the Anatomy of Respiration (1747), a work in which he was the first to recognise the precise mechanism of the respiratory system. At the same time, he also wrote extensively on a wide range of subjects in the university's monthly journal.

xxxxxHe returned to Berne in 1753, and set up his own medical practice. It was here that, four years later, he began writing his eight-volume treatise on Elements of Human Physiology. A study of physical and chemical processes in living organisms, it was a veritable encyclopaedia of knowledge, and earned him recognition as the father of experimental physiology. Over his long years of research, he also wrote a tract on embryonic development, made anatomical studies of the brain, genital organs and the cardiovascular system, and among his many findings, explained the part played by bile in the digestion of fats. Towards the end of his life he gave considerable assistance to the medical profession by compiling a four-volume catalogue which listed no less than 52,000 publications on anatomy, botany, surgery and medicine in general. 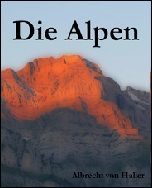 xxxxxIn the field of botany, he made a special study of Swiss vegetation, and developed a botanical classification which many considered more logical than the system pioneered by the Swedish botanist Carolus Linnaeus. His literary contribution included three philosophical romances, all written in the early 1770s, but he is perhaps best remembered today for his descriptive poem entitled Die Alpen (The Alps), published earlier in 1729, a work which helped to instil the love of nature into German verse.

xxxxxThe English surgeon William Cheselden (1688-1752) is particularly remembered for his Anatomy of the Bones of 1733, renowned for its accuracy and brilliant illustrations. This, together with an earlier work, Anatomy of the Human Body, were widely used as textbooks for much of the century. He was principal surgeon at St. Thomas' Hospital, London, for many years, and in 1727 became surgeon to Queen Caroline. A skilful surgeon, in 1723 he published a new technique for extracting stones from the bladder (lithotomy). 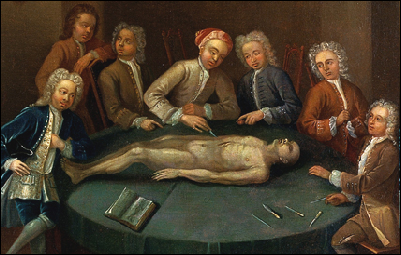 xxxxxAnother medical man who also made advances in anatomy at this time was the English surgeon William Cheselden (1688-1752). His Osteographia or the Anatomy of the Bones, published in 1733, provided an atlas of the bones which became renowned for the accuracy and quality of its copper engravings. This, together with his earlier work, Anatomy of the Human Body, written in 1713, were widely used as textbooks for much of the century.

xxxxxCheselden was born in Somerby, Leicestershire, and having trained under some eminent surgeons of his day, had become a highly respected lecturer in anatomy by 1711. Eight years later he was elected as one of the principal surgeons at St. Thomas' Hospital, London, and in 1727 he became surgeon to Queen Caroline. His skill as a surgeon gained him a European reputation, particularly in the operation performed to extract stones from the bladder (medically termed lithotomy). A new method of conducting this operation was contained in his A Treatise on the High Operation for the Stone, published in 1723.

xxxxxHe attended Sir Isaac Newton during his last illness, and was a close friend of the poet Alexander Pope, and the physician and naturalist Sir Hans Sloane. 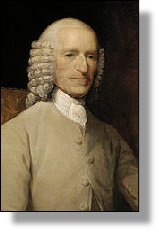 xxxxxAnd worthy of mention here are two other medical practitioners of this time. ThexEnglishman John Fothergill (1712-1780) (illustrated left), a graduate of Edinburgh University, was the first to recognise diphtheria, described in his Account of the Sore Throat Attended with Ulcers of 1748. And when dealing with a case of angina pectoris, he was the first to refer to the hardening of the walls of the arteries serving the heart muscle. Meanwhile, across the channel, the French dentist Pierre Fauchard (1678-1761) (illustrated right) served his profession well with the publication of The Surgeon Dentist in 1728. This work advocated better training for dentists, and helped to give dental treatment in general a more professional status.