xxxxxIt was around 1650 that, testing an idea put forward by the mathematician René Descartes, the German physicist Otto von Guericke created a vacuum. The Italian scientist Evangelista Torricelli had achieved this earlier in an upright tube, but Guericke, using an air pump, produced a vacuum in a copper sphere. Then in 1654, in a public demonstration, he showed that two teams of horses could not pull apart a ball made up of two metal hemispheres from which the air had been removed. Based on the success of these so-called "Magdeburg Hemispheres" he went on to produce a water barometer to predict weather changes. Later, experiments carried out to discover the nature of electricity paved the way for the advances made in this field by the American scientist and statesman Benjamin Franklin in 1752 (G2). 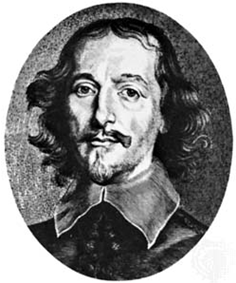 xxxxxThe German physicist Otto von Guericke was born in Magdeburg. He was educated at Leipzig University, and then studied law at the University of Jena and mathematics and mechanics at the University of Leyden. He returned to his native city in 1627 and entered politics, but his career was cut short four years later when, at the height of the Thirty Years' War, Magdeburg, having resisted a siege in 1629, was stormed by Imperial forces. The city was sacked and burned, and some 20,000 of its inhabitants were butchered. He and his family only just managed to escape, and he then worked as an engineer in the Swedish army, and later for the government of Saxony. During his absence he represented his city at various conferences and, on returning to Magdeburg, became its mayor from 1646 to 1676.

xxxxxIt was soon after returning to Magdeburg, that Guericke - a keen amateur scientist - resolved to put to the test the idea, forwarded by the French mathematician René Descartes, that space was, in fact, matter. The Italian scientist Evangelista Torricelli had already produced a vacuum in an upright tube containing mercury (1643 C1). Guericke's experiments were to go much further. In about 1650, in the process of producing a vacuum, he constructed the first practical air pump, and he used this to evacuate the air from a copper sphere, thus producing a vacuum. Having proved that a vacuum can exist (Aristotle had claimed that nature "abhors" a vacuum), he then went on to show that, in a vacuum, the flame of a candle went out, a ringing bell could not be heard, and animals could not survive. 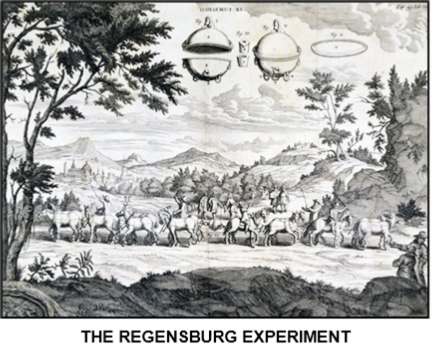 xxxxxThen in 1654, to demonstrate in dramatic form the incredible force that outside air pressure exerted on a vacuum, Guericke set up an extraordinary public experiment at Regensburg in the presence of Emperor Ferdinand III. He fitted two metal hemispheres (hollow half-globes) tightly together - making a globe about 14 inches in diameter - and pumped out the air. He then harnessed a team of eight horses to each hemisphere and attempted to pull them apart. The sixteen horses failed to do so! However, once air was pumped into the globe, the two sides fell apart. This brilliant piece of showmanship - later to become known as the "Magdeburg Hemispheres" - was one of the most spectacular experiments in the early history of science.

xxxxxThese experiments led him on to study the effect of altitude on pressure, and the consequences that atmospheric pressure had upon weather conditions. By 1660 he was using a water barometer to predict changes in the weather, and advocating the establishment of meteorological stations throughout the country to provide data for a forecasting service. 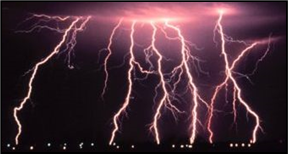 xxxxxIn 1663 Guericke's ever-enquiring mind discovered that when he rubbed a rotating globe of sulphur - constructed to simulate the earth's magnetic properties - static electricity was produced. Minute sparks were emitted and a crackling sound was heard. This enabled him to make the first, albeit very primitive machine for the production of electricity. Ten years later he became the first man to see electroluminescence when he found that the electricity he produced could cause the surface of the sulphur globe to glow. These findings were but the start of something big! But, as we shall see the next major break through in man's understanding of electricity did not come until the middle of the next century, with the work of the American scientist and statesman Benjamin Franklin in 1752 (G2).