xxxxxThe English historian Edward Gibbon is famous for his History of the Decline and Fall of the Roman Empire. The six volumes, completed in 1788, are noted for their width of coverage, degree of accuracy, and the elegance and clarity of their style. He decided to write the history after a visit to Rome in 1763, “musing amidst the ruins of the Capitol”. The work, which was not without its critics, covers the empires of both Rome and Constantinople. He was a member of parliament for twelve years and numbered among his friends Joshua Reynolds, James Boswell and Oliver Goldsmith.

xxxxxThe name of the English historian Edward Gibbon is inextricably linked with his monumental work, The History of the Decline and Fall of the Roman Empire. Published in six volumes and completed in 1788, it is an outstanding work for its width of coverage, degree of accuracy, and the elegance and clarity of its style. 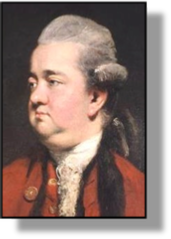 xxxxxGibbon was born into a wealthy middle-class family living in Putney, then on the outskirts of London. A somewhat sickly but precocious child, he had little formal education but, at the age of 15, went to study at Magdalen College, Oxford. In his second year there, however, he became a Roman Catholic and was obliged to leave the university. His father - not a little put out - then sent him to continue his studies at Lausanne in Switzerland, and it was here that he studied logic and mathematics, and gained a wide and appreciative knowledge of the Latin classics and French literature. And it was here, in the care of a Calvinist pastor, that he reconverted to Protestantism, though he remained a sceptic for the remainder of his life. In 1763 he began a two-year tour of the continent, and it was while in Rome, “musing amidst the ruins of the Capitol”, that he was struck with the idea of writing a history of the Roman Empire. It was a daunting task, covering some thirteen centuries, and it took him over 20 years to achieve.

xxxxxThe Decline and Fall of the Roman Empire traces the history, in fact, of two empires, that of Rome in the west, and that of Constantinople, its successor, in the east - known as the Byzantine Empire and coming to an end with the fall of Constantinople in 1453. It is, without doubt one of the greatest historical works in English literature, lucid in style and with a large number of well-drawn character sketches. But it is not without its shortcomings. There is, for instance, a certain lack of balance. Gibbon saw history as “little more than the crimes, follies and misfortunes of mankind” and that tended to restrict the historical perspective. Furthermore, his broad conclusion that both the decline and fall could be attributed, in part at least, to the “triumph of barbarism and religion” stirred up controversy. So much so that in 1779 he felt it necessary to publish a Vindication, replying to the criticism made of his account of the early growth of Christian Church. Here he reiterated that Christianity, with its emphasis upon the “Second Coming” and the next world, encouraged its followers to withdraw from life, leaving the Empire open to attack. (See map of Empire below).

xxxxxIt was in this year (1788) that the English philanthropist Hannah More (1745-1833) published her Thoughts on the Importance of the Manner of the Great General Society, a powerful defence of the nation’s traditional values at the outbreak of the French Revolution. She began her career as a writer for the stage, but in the 1780s turned her attention to good works. She opened Sunday schools and women’s clubs in her home county of Somerset, and produced a series of religious tracts for the poor, extolling the virtues of a sober, hard-working life. After her treatise supporting traditional values, she wrote Village Politics to counter the pro-revolutionary arguments put forward by Thomas Paine in his Rights of Man. Her other works included the novel Coelebs in Search of a Wife, and her religious tract The Shepherd of Salisbury Plain. She numbered among her acquaintances Samuel Johnson, Joshua Reynolds, David Garrick, Edward Burke and, later, the philanthropist William Wilberforce. 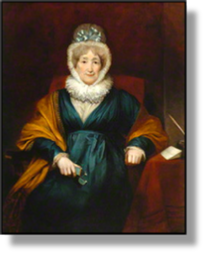 xxxxxAnd it was in this year (1788) that the English philanthropist Hannah More published her Thoughts on the Importance of the Manner of the Great General Society, a powerful defence of traditional values, produced at a time when a spiralling revolt was threatening to tear to pieces the social fabric in France.

xxxxxMore was born near Bristol, England, in 1745. Seeking a career in writing, she wrote her pastoral drama, The Search After Happiness, at the age of 18, and paid her first visit to London in 1773. There she joined the circle of Blue Stockings, and became acquainted with Samuel Johnson, Joshua Reynolds and the radical politician Edmund Burke. And it was through her friendship with the actor David Garrick that her two plays The Inflexible Captive and Percy were performed. In the 1780s, however, she abandoned her stage career and, being religious by nature, turned her attention to good works. She opened up Sunday schools and clubs for women in her home county, Somerset, and, with the help of others, began producing a series of religious tracts, advising the poor to live a sober, hard-working life, and to put their trust in God. These proved extremely popular. And it was at this time that she became friendly with the philanthropist William Wilberforce, and spelled out her thoughts on society’s traditional values. She followed this up four years later with her Village Politics, produced to counter the arguments put forward in favour of the French Revolution by Thomas Paine in his Rights of Man. 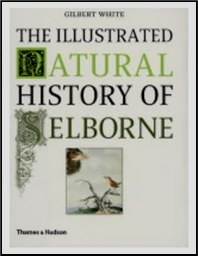 xxxxxHer other works included Strictures on the Modern System of Female Education, produced in 1799, her novel Coelebs in Search of a Wife, published in 1808, and her religious tract The Shepherd of Salisbury Plain. She died in 1833, leaving all her money to charitable and religious institutions.

xxxxxAndxworthy of mention at this time (1789) is the publication of The Natural History and Antiquities of Selborne by the English naturalist Gilbert White (1720-1793). A clergyman living in Selborne, Hampshire, his book won immediate and lasting popularity by its charming and simple descriptions of country life. 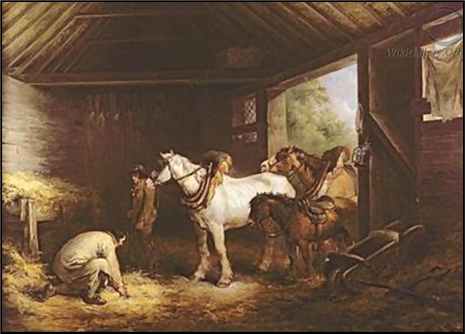 xxxxxAndxpaintings depicting sentimental rustic scenes of this period were produced by the English artist George Morland (1763-1804). Among his works were Feeding the Pig Litter, The Sheep Dealer, Horses by a Stable in the Snow, Inside of a Country Alehouse and Cowherd and Milkmaid. The portraitist George Romney offered to give Morland employment, but he refused, preferring to paint for pleasure. Interior of a Stable (illustrated), one of his finest works, was painted in 1791, and is now in the Tate Gallery, London. He might well have been one of England’s finest painters had he not died so young of excessive drinking.

xxxxxAlthough fully committed to his marathon task, Gibbon found time to live the life of an English gentleman, and to take part in London’s social life. He joined the fashionable London clubs, including the one which met at the Turk’s Head - where he met the likes of Joshua Reynolds, James Boswell and Oliver Goldsmith - and he was a Member of Parliament for twelve years, though, by all accounts, he never addressed the House. At the end of his political career in 1783, he went to live in Lausanne. It was here that he completed the last volume of his colossal history and, later, wrote his Memoirs, six autobiographical fragments which, together with a collection of his letters, were published in 1796 under the title The Miscellaneous Works of Edward Gibbon, Esquire. He eventually returned to England in 1793, and died in London the following year. He was buried in Fletching Church, Sussex, in the family vault of Lord Sheffield, his friend and literary executor.

xxxxxIt must be said that, as an individual, he was not prepossessing in his later years. Obese, short of build, and with a liking for gaudy clothes, he was often the butt of ridicule among London’s fashionable society. Nevertheless many admired his clear, sharp mind - none more so than the Scottish philosopher David Hume - and his masterpiece, though largely superseded, still remains a valuable contribution both to the study of ancient history and to the wealth of English literature.

xxxxxIncidentally, it was during his first stay in Lausanne that Gibbon met and fell in love with Suzanne Churchod, a pastor’s daughter, the only love of his life. His father, however, would not hear of this “strange alliance”, and he was forced to give her up. He later wrote in his Memoirs, “I sighed as a lover, I obeyed as a son”. However, he and Suzanne remained lifelong friends, and she became the wife of Jacques Necker, the financial minister to Louis XVI. ……

xxxxx…… Betweenx1769 and 1772 a series of powerful satirical pieces were published in London under the title “Letters of Junius”. Extremely witty and spitefully scathing, they roundly denounced the government of George III, taking to task a number of his ministers, including the prime minister Lord North, and lampooning the King himself. A large number of writers were then put forward as the Junius in question, and Edward Gibbon was included among them, together with other eminent figures, such as Edmund Burke and Thomas Paine. The author was never discovered, but it is now believed that it was Sir Philip Francis, then serving as a clerk in the War Office. 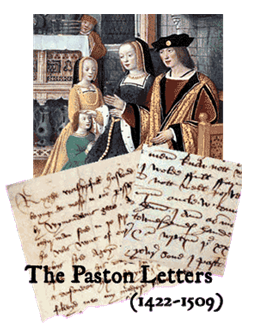 xxxxxIt was at this time (1787 to 1789) that four volumes of the Paston Letters were being edited and published by James Fenn of Dereham, Norfolk. The letters relate to the life of a Norfolk family during the 15th century. The collection, made up of more than 1,000 items and including legal records, news articles and local gossip, throw an interesting light upon the conditions of the day. It is not known how the letters came to survive, but they were discovered by a certain Francis Blomefield when he was exploring the family home at Oxnead in 1735. He kept those he thought of historical value, and they ended up in the British Museum and the Bodleian Library at Oxford. A fifth volume was published by a William Frere in 1823, and the whole collection, entitled The Paston Letters and covering the years 1422 to 1509, was re-edited and published in six volumes in 1904.