xxxxxThe German mathematician Carl Friedrich Gauss used his skill in the service of astronomy in the opening years of the 19th century. He devised a new, faster method of calculating the orbit of an asteroid, later published in his Theoria Motus Corporum Coelestium of 1809. By this means he calculated the orbit of Ceres and predicted its reappearance. In 1802 he visited the astronomer Heinrich Olbers, and did the same for the asteroid Pallas, discovered by Olbers early that year. Today, however, Gauss is remembered for his contribution in both pure and applied mathematics. He made advances in the concepts and methods of number theory - explained in his Inquires into Arithmetic of 1801 - and also in the theory of probability, where the normal distribution curve is known as the “Gauss distribution”. Later, working with the German physicist Wilhelm Weber, he carried out research into electricity and magnetism. Together they invented the first practical telegraph system, and set up a worldwide network of stations for magnetic observations. The unit of magnetic induction is named after him. During his distinguished career he also studied crystallography, mechanics, optics, acoustics and geodesy, the study of the size and shape of the earth’s surface.

xxxxxThe German scientist Carl Friedrich Gauss, one of the greatest mathematicians of all time, put his fertile mind to astronomy in the opening years of the 19th century. It was during this period that he developed a new, speedier means of calculating the orbit of an asteroid based on just three observations. It was by using this method that he was able to calculate the orbit of Ceres for the first time, the largest asteroid in the solar system (with a diameter of 600 miles) and thought to be a planet when discovered in 1801. And by calculating its position with such accuracy, he was also able to predict its reappearance and make it easy to be relocated. Later, in June 1802, he paid a visit to his fellow countryman Heinrich Olbers at Bremen, and used the same method to calculate the orbit of Pallas, the asteroid Olbers had discovered three months earlier. He explained this new procedure in his Theoria Motus Corporum Coelestium, a two volume treatise on the motion of celestial bodies, published in 1809. 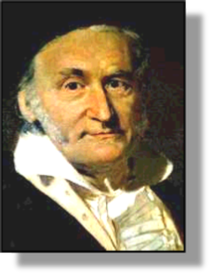 xxxxxGauss was born in Braunschweig (today’s Brunswick). A precocious child, by the age of three he was able to read, and was showing a marked aptitude in arithmetic. He attended the city’s Collegium Carolinum, and after studying mathematics at the University of Gottingen from 1795 to 1798, gained a doctorate from the University of Helmstedt, his thesis providing the first proof - hitherto only partially proven - that every algebraic equation has at least one root, or solution, a proposition which came to be known as “the fundamental theorem of algebra”. Such was the esteem in which he came to be held that in 1807 he was appointed professor of mathematics and director of the observatory at Gottingen University, posts he held until his death nearly fifty years later.

xxxxxHis achievements in astronomy gained him overnight recognition, but today Gauss is especially remembered for the major advances he made in pure mathematics during the 1790s, and then in applied mathematics later in his career. His pioneering work concerning the concepts and methods of 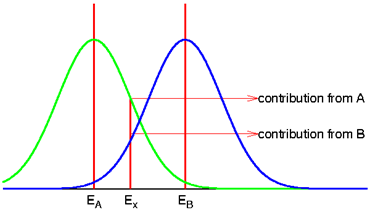 number theory (which included his prime-number theorem) was contained in his Inquiries into Arithmetic, a masterly treatise on this subject, published in 1801. He also worked on the theory of probability and such was the value of his contribution in this branch of mathematics that the normal distribution curve came to be known as the “Gaussian curve” or “Gaussian distribution” (illustrated). And judging by his notebooks, studied after his death, it would seem that he was the first to develop a non-Euclidean geometry. From 1818 onwards, having completed his research work in astronomy, Gauss gave his support to the study of the size and shape of the Earth’s surface - a branch of applied mathematics known as “geodesy”. As this required the positioning of certain points on the Earth’s surface, and a description of the variations of its gravity field, it involved a great deal of field work as well as theoretical study. Gauss agreed to survey the state of Hanover and, in order to obtain more reliable measurements, he invented the heliotrope, an instrument using sunlight to improve accuracy. Nonetheless the overall results were not as accurate as he would have wished. 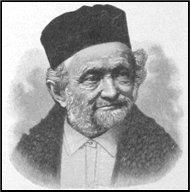 xxxxxNo less important in his research projects was his application of mathematics to the study of electricity and magnetism. Here again his name is still remembered. In recognition of his pioneer work in that direction, the unit of magnetic induction is still known as a “gauss”. Andxit was in this branch of research that during the 1830s he worked with the German physicist Wilhelm Weber (1804-1891) (illustrated), a man whom he had known since 1828, and who had joined the staff at Gottingen in 1831. Together they invented the first practical electromagnetic telegraph. Although primitive in design this operated successfully between his observatory and the physics laboratory where Weber worked, a distance of some 2,000 yards. In addition, they set up a worldwide network of stations for magnetic observations. Nor was that the sum of his interests. During his career Gauss carried out research on a wide variety of other subjects, ranging from crystallography and mechanics to optics and acoustics. 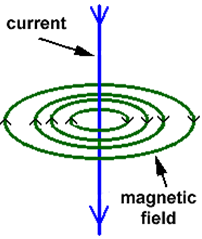 xxxxxIncidentally, as we shall see, research into electromagnetism was to be given an unexpected boost in 1820 (G4) by a chance discovery made by the Danish scientist Hans Christian Oersted. And this break-through was to be followed by the pioneering work of the French physicists François Arago and André Ampère, and the English scientist Michael Faraday. ……

xxxxx…… At the beginning of the Second World War in 1939 many British ships were lost to magnetic mines. As a steel-hulled ship passed over or close to such a mine, the magnetic forces in the ship triggered a mechanism in the mine and this caused the mine to explode, thereby damaging and very often sinking the passing vessel. To counter this danger a network of current-carrying cables was fixed around the hull of the vessel in order to neutralise the mine’s magnetic field. This highly successful method was called “degaussing”, and the term is still used today when there is a need to remove magnetisation. 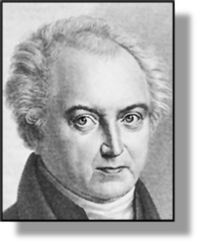 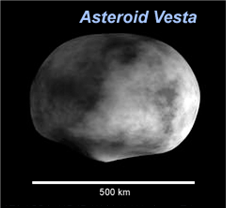 xxxxxAs we have seen, the German astronomer Heinrich Olbers (1758-1840) discovered the asteroid Pallas in 1802, and it was in that year that Gauss visited him at Bremen and, using his new method, calculated its orbit. Olbers also discovered the huge asteroid Vesta in 1807, but his main interest lay in comets. He discovered four during his career (the first named after him) and, using a new method, calculated the orbits of 18 others. He is remembered today as the astronomer who questioned why the night sky should be dark, given the infinite number of stars. (This question, known as “Olbers' paradox” has since been explained away by the realisation that stars have finite lifetimes.)

xxxxxOlbers was not an astronomer by profession. He was born at Arbergen, near Bremen, and after completing a medical course at Gottingen in 1780, he practised as a physician in Bremen for over forty years. However, he was keenly interested in astronomy and spent much time working in an observatory at the top of his house. 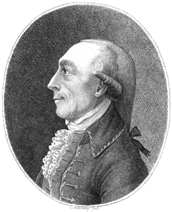 xxxxxItxis interesting to note that some of his discoveries were made while he was working as a founder member of the Celestial Police. This was a group of astronomers who got together in 1800 in an attempt to find a “missing planet”, thought to be orbiting the sun somewhere between Mars and Jupiter. Supported by the German astronomer Johann Schröter (1745-1816) (illustrated), then working at Lilienthal near Bremen, (a man famous for his detailed study of the moon), they divided the zodiac into a number of zones, making sure that each zone would be searched by more than one member. The planet never materialised, but in 1801 the Italian astronomer Giuseppe Piazzi, working at the observatory he founded at Palermo, Sicily, discovered the first asteroid or minor planet orbiting between the orbits of Mars and Jupiter. Named Ceres after the Roman goddess of agriculture, its diameter was estimated at 440 miles. The group was disbanded in 1815, but it made a number of useful discoveries during its “sweep” of the zodiac.

xxxxxAndxitxwas in this year, 1809, that another German, the physicist Ernst Chladni (1756-1827) published his Traité d’acoustique. His research into the velocity of sound included experiments with strings and rods, and the use of sand on a vibrating metal plate to give shape to the different sound patterns - known as “Chladni’s figures”. He gave lectures throughout Europe on his experiments and findings, and is regarded today as the founder of the science of acoustics,

xxxxxAxfew years later, around 1814, yet another German, the physicist Joseph von Fraunhofer (1787-1826) began plotting more than 550 dark lines in the sun’s spectrum. Used in optical research, these lines were named after him. They had, in fact, been seen and mentioned earlier, in 1802, by William Wollaston, an English scientist who made advances across a wide range of scientific subjects, but he had not investigated them further. Fraunhofer’s research was cut short by his untimely death at the age of 30, but it marked the beginning of a new science of astrophysics, the chemistry of the stars.